Gardee Murder| Accused Relatives Claims Police Tortured Lukhele So He Can Do This. Mzansi In Shock 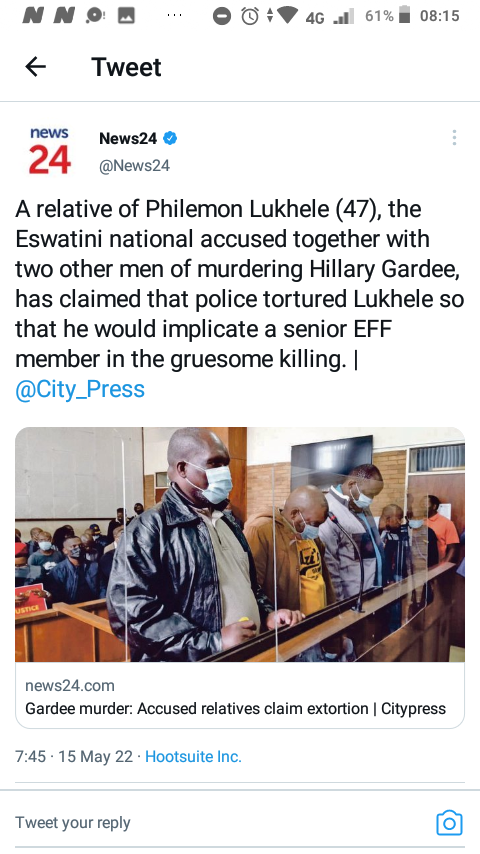 A relative of Philemon Lukhele, a 47-year-old man from Eswatini who is accused of killing Hillary Gardee with two other men, said that police tortured Lukhele so that he would say that a senior EFF member did it.

The relative said that the police also tried to get him to pay them R70,000 to let Lukhele go.

He said that Lukhele told him about the torture this week when he went to see him in his cell.

Philemon told the police that he couldn't say anything about the EFF member because he hadn't talked to that person in five years.

Several attempts to get the EFF member to say something were not successful.

It's not clear why the police would want the EFF member to be a part of the case. The 28-year-old daughter of attorney and EFF leader Godrich Gardee was killed, but no one knows why. This has led to a lot of speculation.

The latest rumor was that the police had arrested Gardee's ex-boyfriend, who was from Nigeria and sold drugs.

Colonel Donald Mdhluli, a spokesman for the Mpumalanga police, said, "In this case, suspects are being brought in for questioning, which makes some people think they have been arrested." 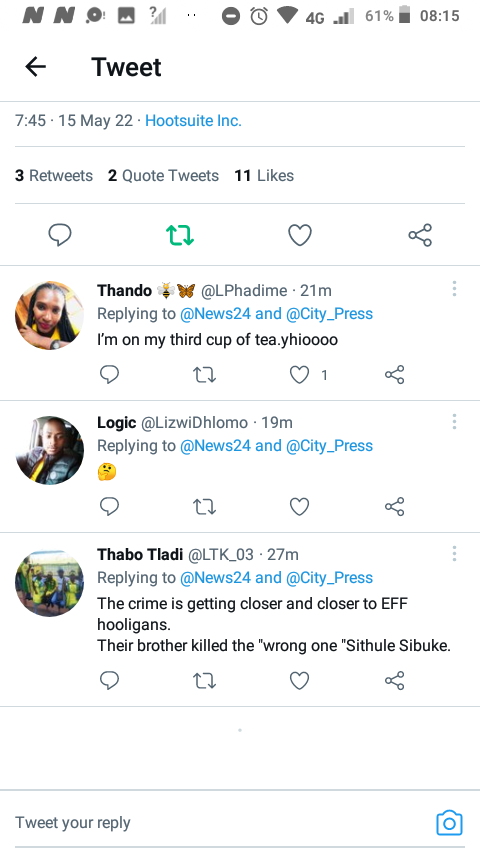 Lukhele lives in South Africa. He is a member of Eswatini's pro-democracy group People's United Democratic Movement (Pudemo) and works as a researcher in ANC chief whip Fidel Mlombo's office in the Mpumalanga legislature.

Lukhele is also a businessperson who rents out rooms to college students.

City Press has seen screenshots of messages sent on WhatsApp between a relative of Lukhele's and someone claiming to be a police officer named General Nkuna from the Hawks. The messages are about the alleged attempt to extort money. Tuesday was the first day of talking.

"If this person is a con artist, I'm sure he works closely with the police because he sent me the docket and knew a lot about the case, which I've since found to be true. I think they found out about me when they were doing a background check on Philemon," said the relative. 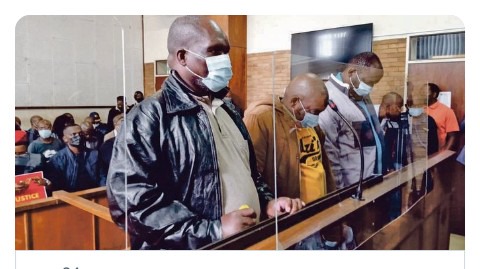