Cops are not playing around, leading armed robbery syndicate nailed

Cases of armed robberies are something that is reported in South Africa on a daily basis. Hardly a day pass by without businesses and residence getting robbed by armed criminals. There have been calls for the removal of illegal firearms from the masses but it is yet to be seen if our government has the strategies which can lead to the removal of these guns.

According to immediate statement which was published by the South African Police Services on the 9th of September 2021, three dangerous aspects made an appearance in court facing charges of business robbery in the North West.

The suspects were aged 24, 29 and 30 and they stood before the Mogwase Magistrate Court. The court could not finalize the case of these aspects and they will make another appearance in court on Thursday the 16th of September 2021. 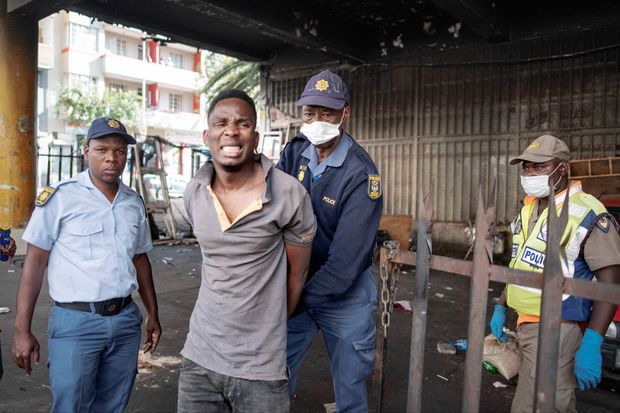 It is being reported that their arrest emanated from a business robbery they allegedly committed on the 8th of September 2021. Reports state that the suspects had descended on the cell phone shop which is at Moruleng Mall in Mogwase.

The police and members of various private security teams came to the scene and began carrying out investigations. Through sourcing information from the community members, the two suspects with finally arrested.

The arrest of these criminals is viewed by many as a big stride in the fight against crime. Criminals should not terrorize residence at a rate which they are doing it in South Africa. Some have begun labelling the country as a gangster paradise.

An illegal firearm and a motor vehicle which was being used by the suspects have been confiscated by the police.