A 25-years-old man was arrested in Limpopo in possession of this animal. Check what people spotted

By Sweetness3 (self media writer) | 14 days ago

A 25-years-old man from Lulekane outside Phalaborwa was arrested in possession of this animal in his parent's home. 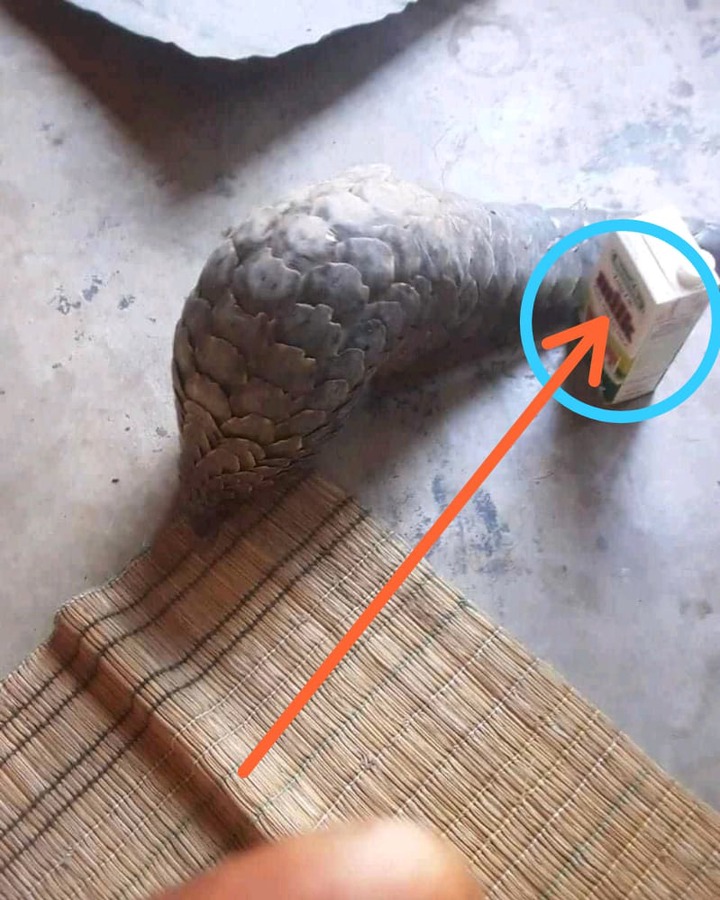 The suspect was arrested at Lulekane yesterday after police found a tip-off, suspect was found in possession of Pangolin at his parent's house. Lulekane police communication officer Sargent Mabunds confirmed the arrest. 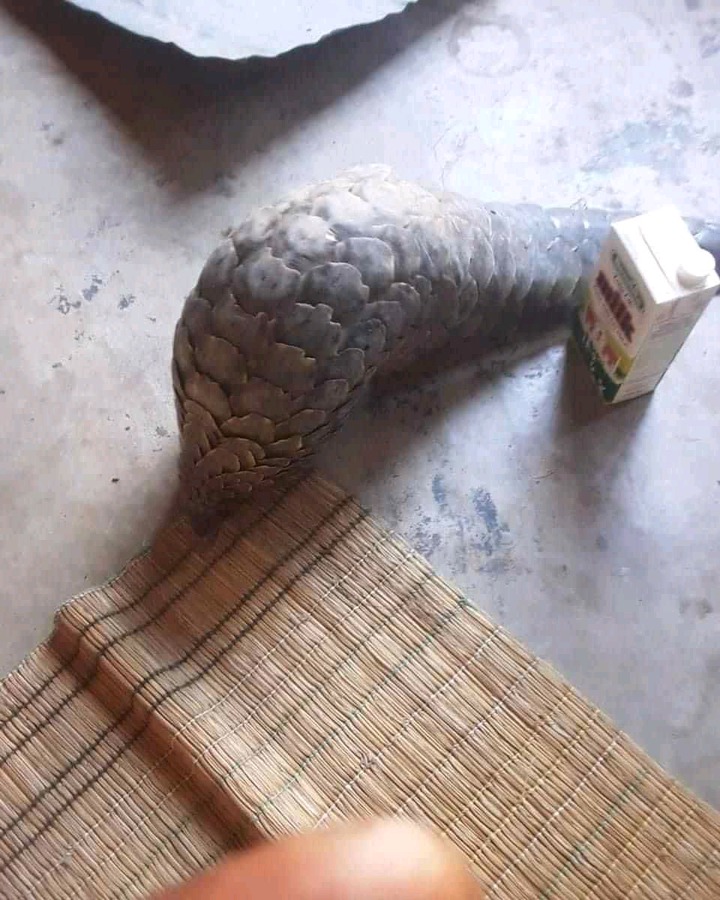 The suspect was pleading with police officers, according to witnesses, a 25-years-old man didn't know that having such an animal in the home was a crime. He asked police officers to let him go because he had no idea, he just kept the animal because he loved it and he found it on the street and decided to make it a pet.

He asked police officers why people who have snakes and wild animals at home don't get arrested and why must they arrest him for something that he didn't know. Police officers didn't listen to him and they only gave him their line of, his rights to remain silent and everything he says will be used against the court of law.

Pangolin has been listed as a protected species, trafficking of mammals has persisted in South Africa. China is one of the popular destinations for poaching Pangolin, where their scales are sold to estimated to 60 different commercial products.

According to the convention of international trade in Endangered Species in June 2020, the Chinese government removed the Pangolin scale from the list of approved ingredients in traditional medicine.

Pangolin remains one of the most widely trafficking animal species in Africa, with close to 200 000 interceptions by authorities in 2019 alone. Allegations say Pangolin is one of the best medicine that is used by traditional healers. 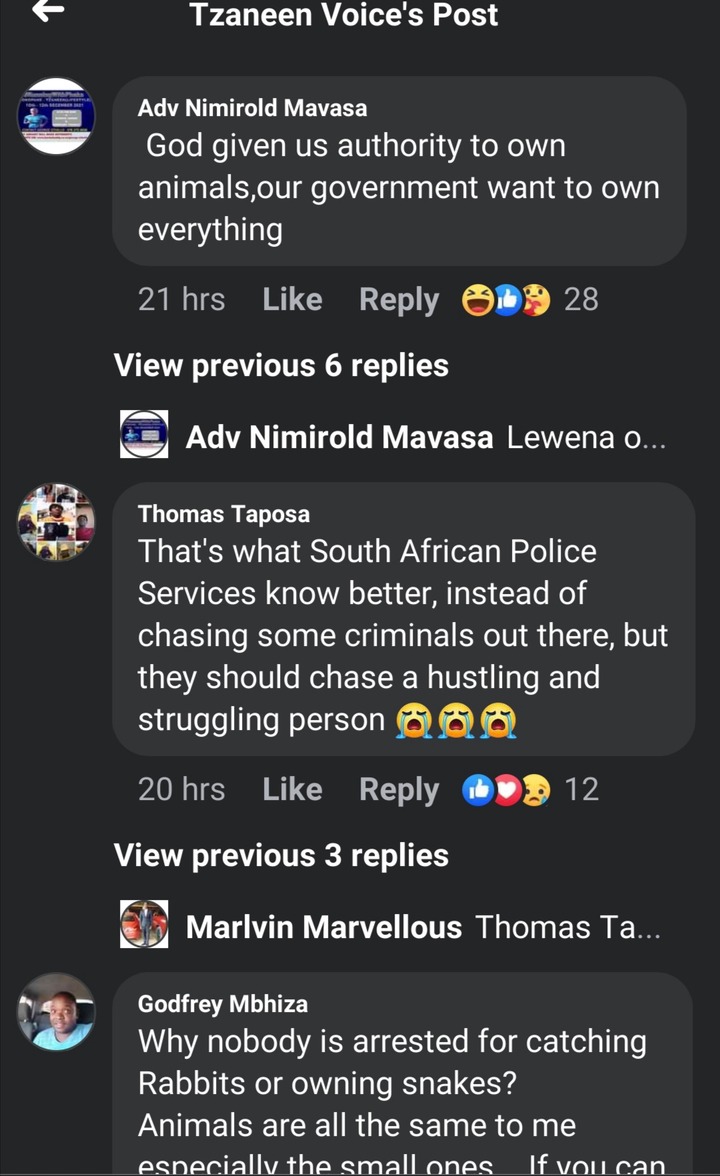 However, people on social platforms didn't agree with the decision of police officers to arrest the young man and they threatened to start a strike at the police station if they don't release him. Many people left their thoughts about this matter. Here are some of their comments 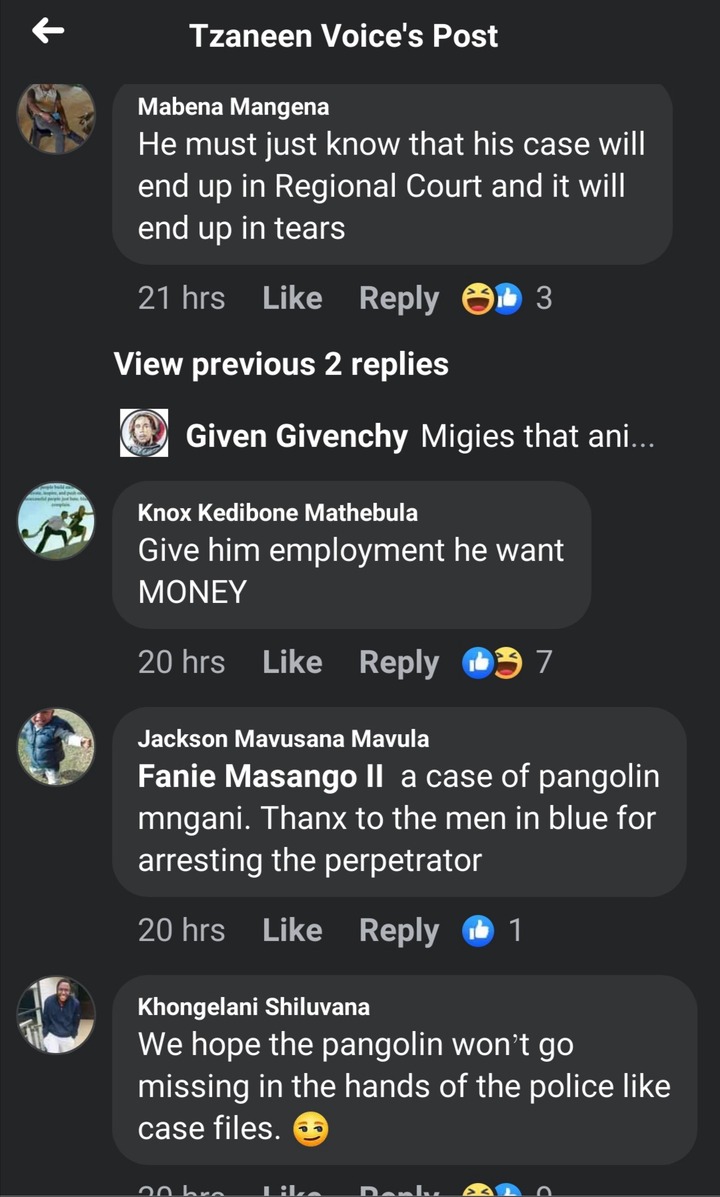 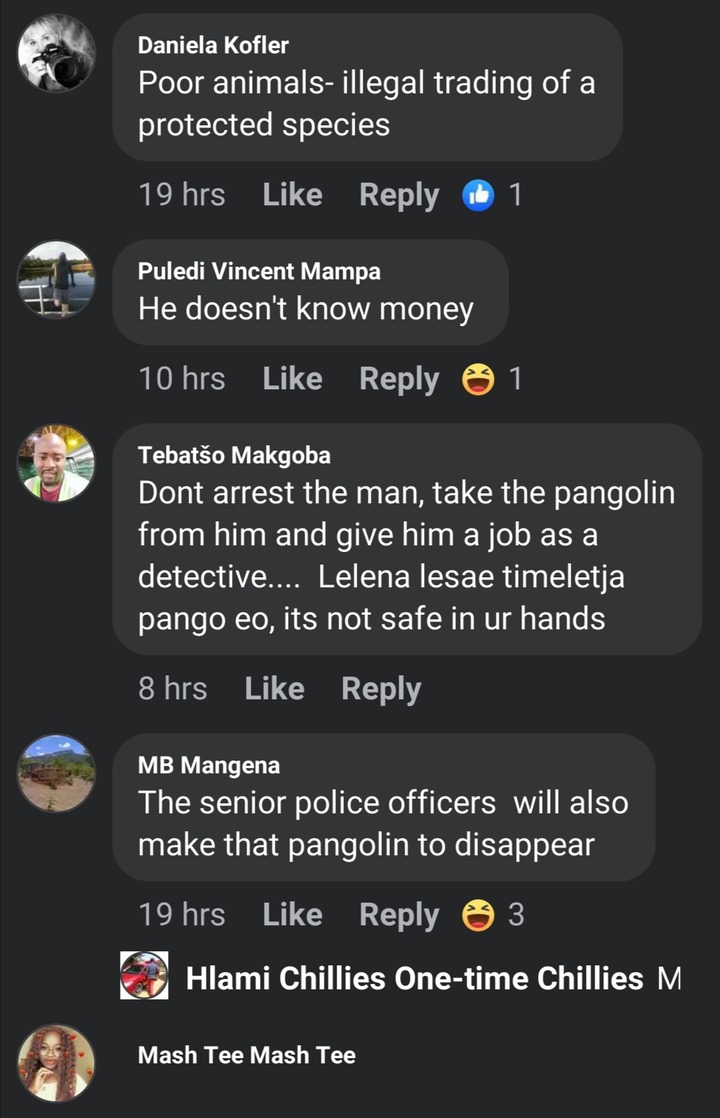 " But Grandpa Carl, You Are Too Old For Her " - Mzansi Sh0cked And Attacks Niehaus' Relationship