By TshiamoMbiza (self media writer) | 18 days ago

police officers from Vanderbijlpark have secured the successful arrest of two hitmen who were involved in a drive-by shooting incident where a man was seriously injured.

According to the SAPS news report, on Wednesday 29 September 2021 at around 11:48 am four suspects in a blue Mazda 6 fired multiple shots at a man driving a white Mercedes Benz in Vanderbijlpark, he was hit on the upper body and his passenger was not injured.

The police where called and were also informed that some of the hitmen fled the scene on foot, the police went searching for the suspects and they spotted them running in Vanderbijlpark, police chased after the suspects and finally caught them, they searched them and found two unlicensed firearms which are suspected to have been used in the incident.

The two suspects were arrested and charged with attempted murder and possession of unlicensed firearms, they will soon appear at the Vanderbijlpark Magistrates' Court to face the charges, police are still seeking assistance from community members to help locate the other two suspects who fled in a blue Mazda 6.

The motive behind the attempted murder has not yet been established, the firearms that the police recovered from the suspects will go for forensic testing to determine if they have been used in other crimes. 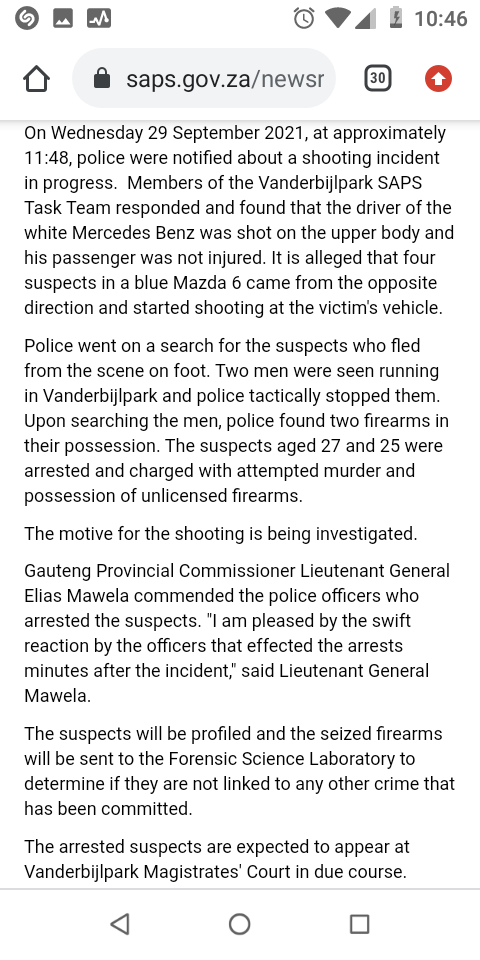 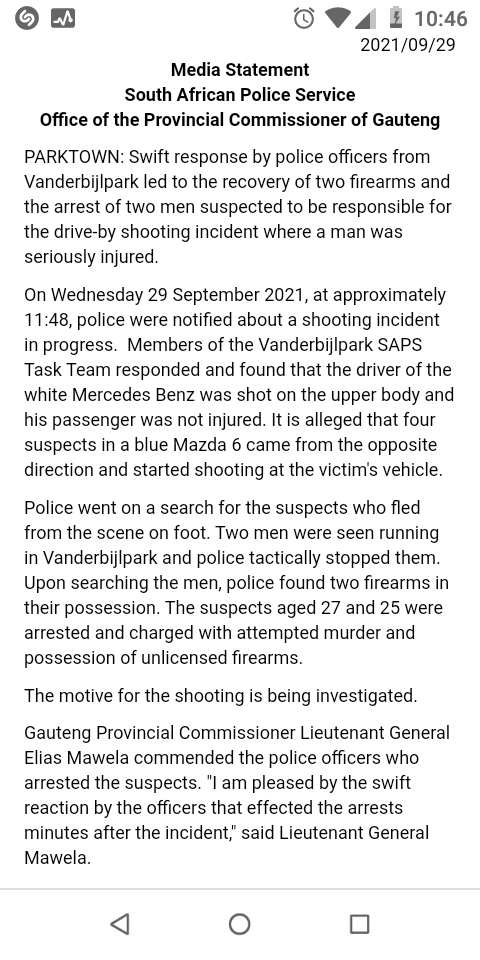