By Zondiwe_M (self media writer) | 4 months ago

People have very low regard for police officers. We expect them to be superheroes and we forget that when they solve cases and go to traumatic scenes, their mental health can be affected. It's almost as if we expect them to be robots who are not affected by all the horrors they deal with daily.

A policeman is trending on Twitter for a violent outburst. The outburst occurred in Cape Town, at a taxi rank. The video was posted without context so many South Africans did not find it hard to turn his mental breakdown into a joke. Comments under the post, call him Van Damme and make jokes about how his kicks are so good that he can fight the crime in the country. 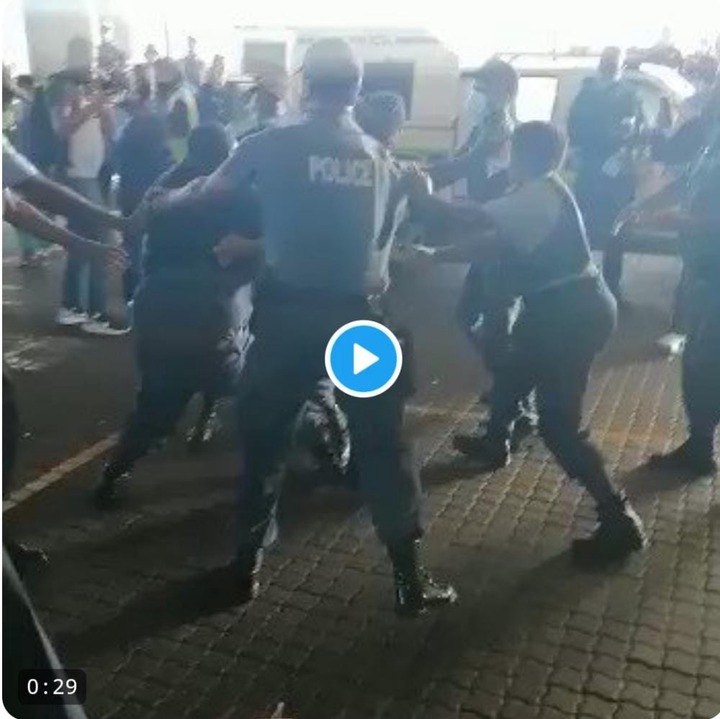 With or without context, it is clear that something is not okay with the policeman. This is evident in how he is speaking to his colleagues who are trying to calm him down. For South Africans to separate themselves from his breakdown and find pointers to joke on shows that we are insensitive people who don't know how to call each other to order.

Relatives of police officers were triggered by the video as two comments detailed how their fathers died due to a stroke that was caused by PTSD of the traumas in the police unit. Similarly, the policeman was also clarified to be going through PTSD. His brother was shot and killed in front of him and this sent him into a violent state. Anyone in his position would have reacted worse, especially because he's been trying to bottle all the traumas before this.

I think that counselling should be made mandatory for police officers because they see and go through too much trauma each day. The policeman was reported by the SAPS official page to have been admitted into a medical facility. May he be comforted during this terrible time. 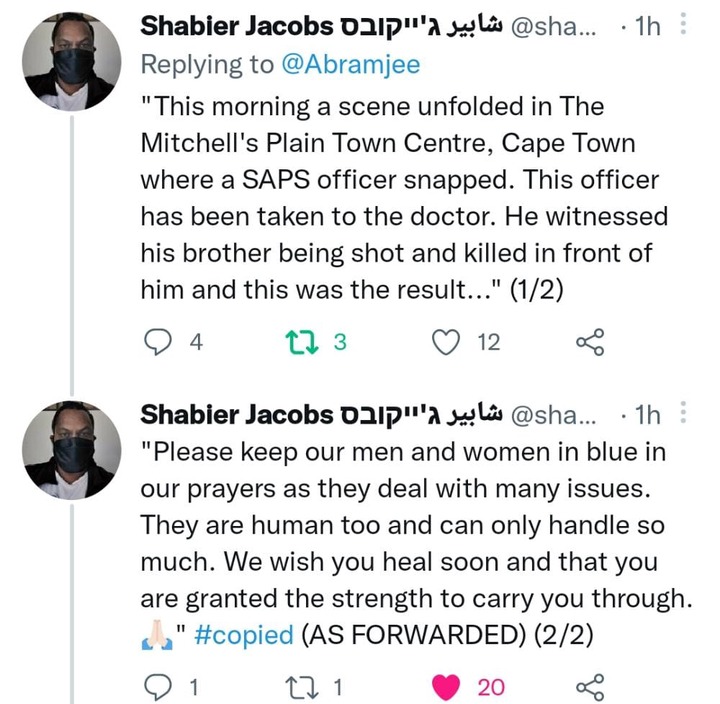 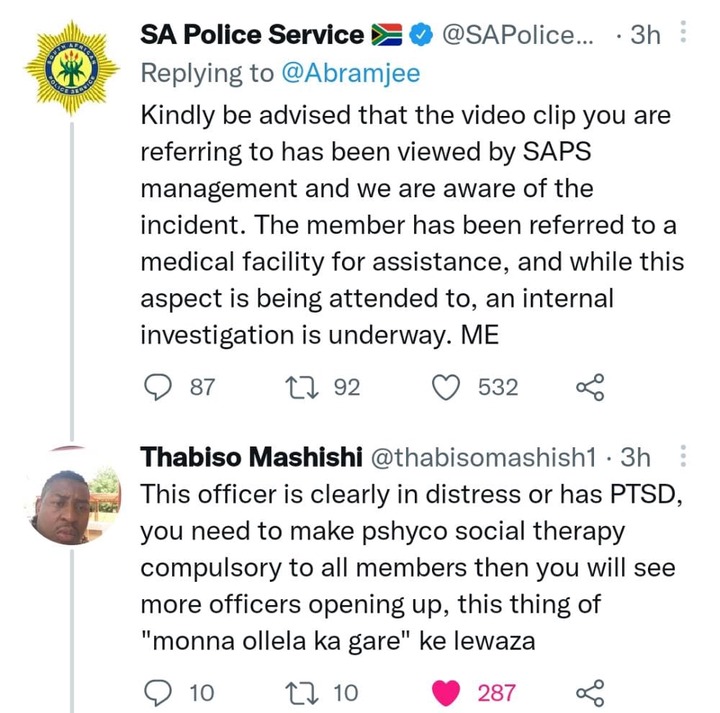 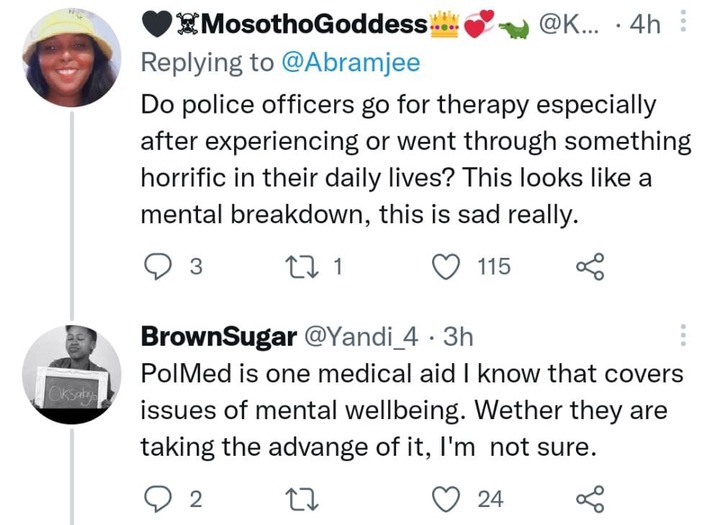 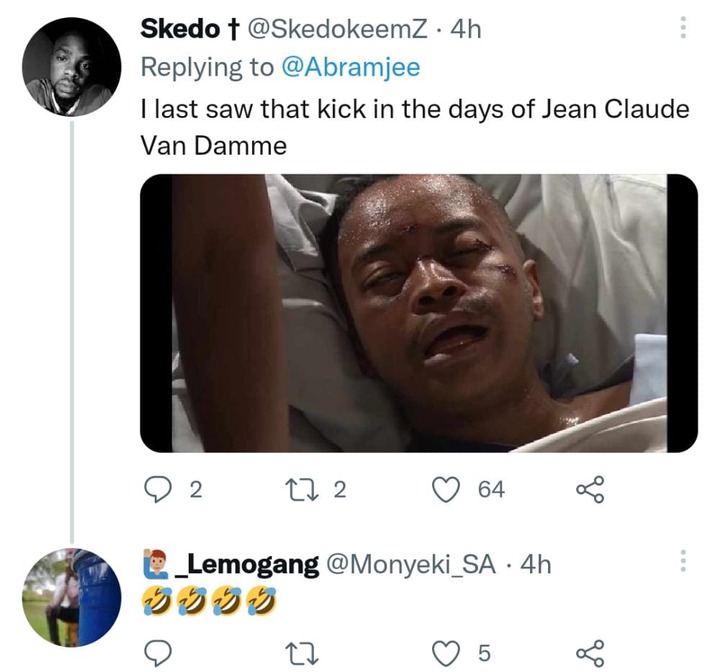 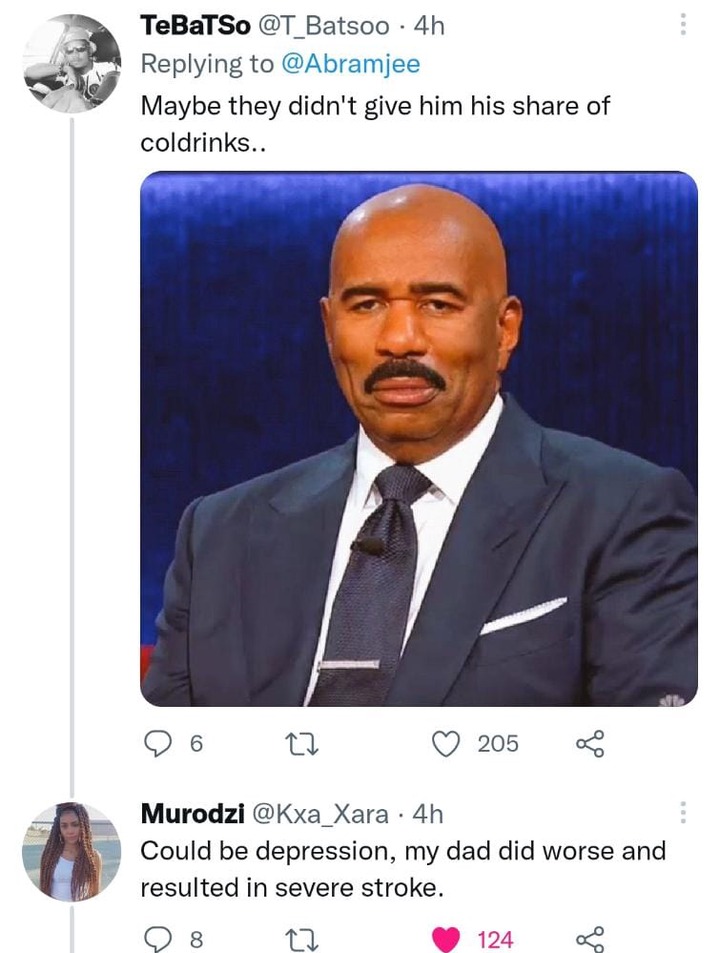