By Renowned (self media writer) | 3 months ago

Authorities from the Director of Criminal Investigations have apprehended an individual believed to be responsible for the death of an 8 year old boy who was discovered thrown in a river just days after his family reported him missing.

In accordance with the information provided by the police, it has been revealed that the Victim went missing under mysterious circumstances, prompting his family members to file a missing person's report at the police station in order to conduct further investigation and questioning regarding the same incident.

Unfortunately, it was later revealed that the suspect had been apprehended by police officers who suspected him of being involved in the killing of the deceased. According to the police reports, the suspect admitted to committing the murder, claiming that he did so because the family of the dead failed to pay the money, or rather the ransom, that he had demanded in exchange for his release.

Many Kenyans, who expressed their opinions and suggestions on the incident through various social media platforms, are calling for an investigation to be launched by the Inspector General of Police (IGP), Hillary Mutyambai, to determine what happened, or rather, what is causing all of the ongoing kidnappings and disappearances in the country.

According to the information provided by the majority of Kenyans, it is extremely regrettable that the government has failed to take action in response to the increasing number of abductions and disappearances in the country, despite the fact that many people are dying as a result of these events. 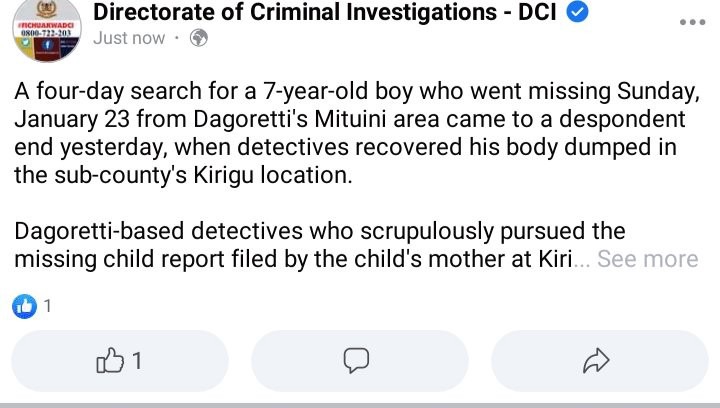 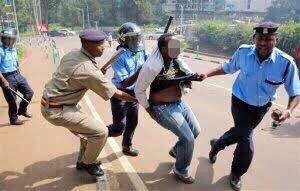 Timothy.... I believe that the government, or more specifically, the Inspector General of Police, should launch an investigation to determine what is going on in the country at the moment. How amusing it is that nothing is being done to address the growing number of abductions and disappearances taking place in the country.