On Tuesday the 4th of May 2021, a gang of armed robbers got arrested after an intelligence driven operation was carried out. 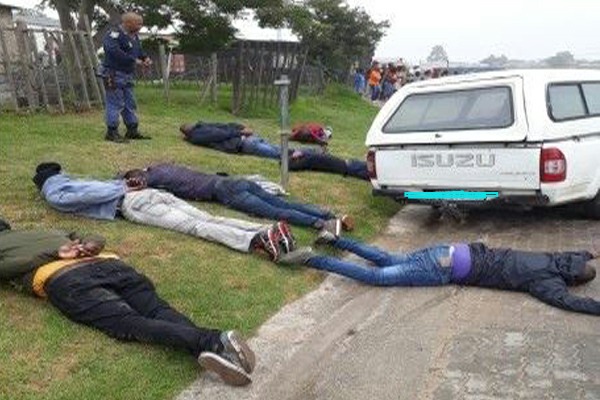 The arrested suspects are aged between 22 and 42 and they had allegedly robbed a supermarket.

A joint operation was conducted by the members of the Bushbuckridge Crime Prevention Unit, the Crime Intelligence, Calcutta Task Team and the Tactical Response Team which eventually yielded positive results.

According to a media statement that was published by the police department, they robbed a local supermarket on the 3rd of May 2021.

An investigation was carried out by the police formations as they sought to apprehend the suspects who had carried out the robbery.

Using the information which they had gathered, the members were led to Violet Bank and Shatale villages in Bushbuckridge where four of the suspects were successfully arrested.

The members continued their pursuit of all the suspects involved in the robbery and they proceeded to Hazyview.

After carrying out a thorough search, they managed to spot two vehicles which matched the descriptions of the suspects vehicles. The vehicles were pulled over and four more suspects got arrested as they were the occupants of these vehicles.

Upon the arrest of the suspects, the members found them in possession of two unlicensed firearms and several rounds of ammunition. The firearms were confiscated and will be taken for a ballistic testing to ascertain if they were used in other crimes.

During the said operation, the members managed to impound three vehicles which were in the hands of the suspects. The vehicles are believed to have been used to commit the crime and they were an Opel Corsa bakkie, Toyota Yaris and a VW Polo.

Today the suspects will be making an appearance at the Bushbuckridge Magistrates Court facing charges of business robbery, possession of suspected stolen property, possession of illegal firearms and ammunition.

The possibility of additional charges cannot be ruled out as the ballistic test may link them to other crimes. 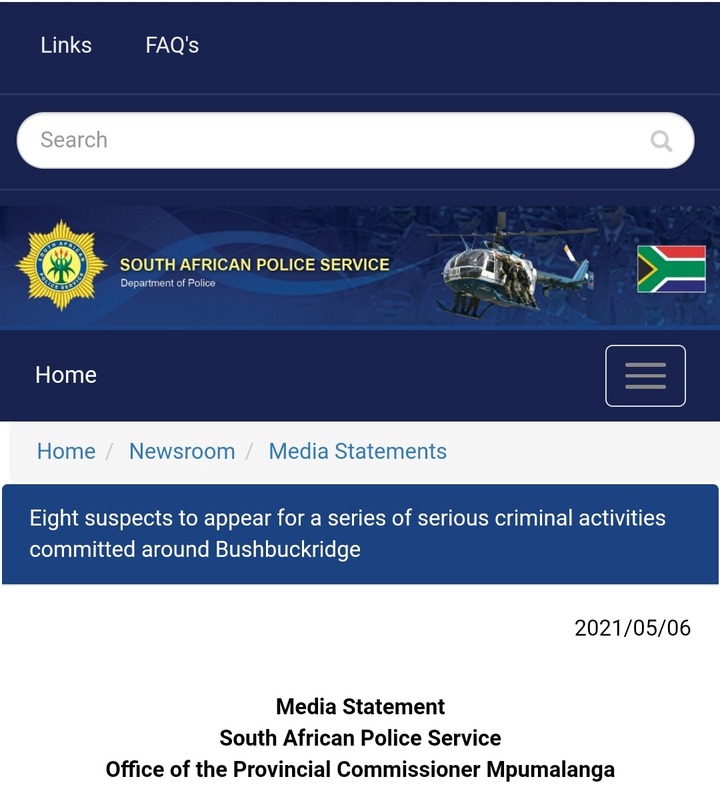 Major General Thulani Phahla who is the Acting Provincial Commissioner in Mpumalanga hailed the work done by the members in making sure that the community is safe.

The Bushbuckridge community was also applauded for their co-operation and making essential information available to the police which led to the arrest of the suspects.