21-year-old woman stabbed by her lover after confronting him about this is a tragic story. 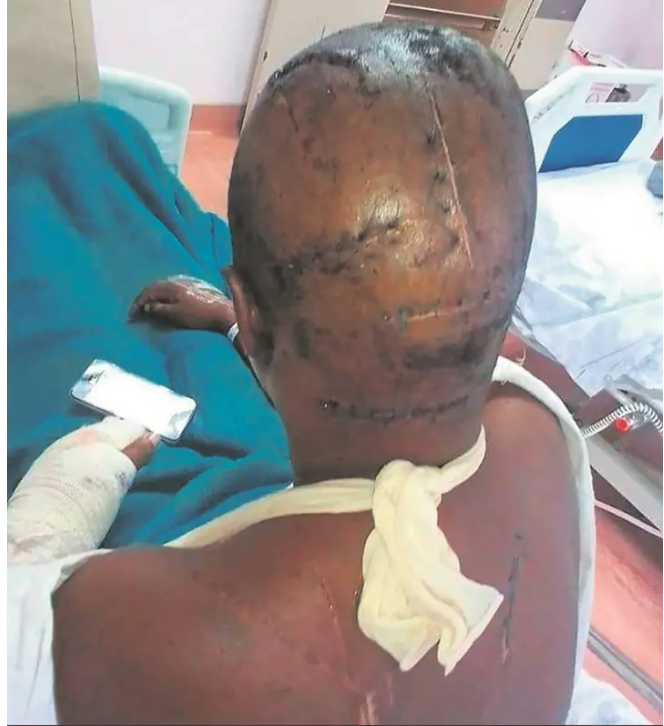 The incident that took place in Kwamushwa, Nkomazi Mpumalanga, has left community residents in the area afraid for weeks. A 21-year-old grade 12 student was stabbed in the head by her lover, sustaining multiple injuries that left many people in a state of shock, according to reports. Upon confronting him about cheating on her, her 22-year-old baby daddy erupted in anger and nearly killed her. He was then arrested and charged with attempted murder. A relative of the victim claims that she approached her aunt and revealed that she had been cheated on by and that her partner had a habit of beating her up. "I had a feeling something was wrong because she had started to lose weight, so I advised her to concentrate on her examinations," she recalled later. People could see scars and marks on her head from the hospital in the photographs she shared with the public.

Her aunty claimed that the following day, she noticed a man strolling around their property and assumed he was seeking for the home keys; nevertheless, she was ready to take a bath in the afternoon when she heard her crying for help. She then quickly went to her niece's house, where she discovered her unconscious in a pool of blood.

She was bleeding profusely and was rendered unconscious, and her partner fled the scene, and he has yet to be located. The aunt is concerned that her niece may end up with a disability as a result of this incident. She expresses surprise and disbelief, stating that she never imagined a young man would do such a thing to her niece. The fact that the culprit has not yet been apprehended has caused her to be concerned for the safety of her niece.

According to Captain Magonsenu Nkosi, a police spokesperson, the police are still on the lookout for the culprit. It is said that this was not the first time he had beaten her, and she continued to forgive him in the hope that one of his good days would come.

Unfortunately, things went from bad to worse when he stabbed her, and it was later revealed that the weapon he used was extremely sharp, to the point where she could have lost her life as a result.

This is a plea to all women to come out and report abuse to the authorities before something terrible occurs to them. It is possible to save the lives of many people if they act quickly.

You can express your opinions and keep up with the latest news.

Zodwa Challenges her ancestors regarding Intimacy and Ben 10: I will not quit