Limpopo Police Station Robbed Of It's Service Arsenal: See What They took

By Uncensoredtruth.com (self media writer) | 1 month ago

Ten armed Gunmen charged into a police station at Toyandou Limpopo. In a little town called Malamulele Where most of the Tsonga people hale from, Reports are said to mention ten armed men who locked the police officers in the back of their police vehicle.

Several police officers were locked inside their vehicles when they were robbed at gun point. The robbers took away several rifles and shotguns. Station Was robbed Of four R5 rifles, four Shotguns, five 9mm pistols and an undeclared amount of ammunition. 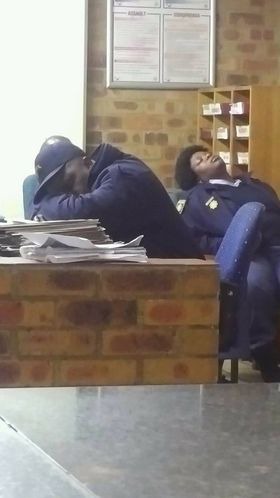 There have been reports that the robbers had robbed a food store and two petrol filling stations near after their visit to the police station. Reports are saying The crime spree by this ten armed gunmen happened late last night. Following an attack on a police station in Limpopo, Lieutenant-General Fransisco Vuma, the head of the South African Police Service's National Executive, has ordered the activation of a 72-hour activation.

With all the efforts that the minister of police Bheki Cele has claimed to have done in introducing a bill to recall arms from ordinary citizens who want to protect their household, the security forces in South Africa can not prepare or defend themselves against common robbers. That is an "opinion"

Further details have not been reported yet. The fatalities or injuries are still unknown at this time. more will follow as the story develops. So like and follow for more.

Content created and supplied by: Uncensoredtruth.com (via Opera News )

Zodwa Wabantu to open up about her ancestral calling in season 3 of her reality show.