By BhejangethunaAfrocentricNews (self media writer) | 27 days ago

A man was trending on a video where he was seen beating up a woman while the two boarded a taxi. The bald man is explaining his reasons for the incident. Maurus Ndlangisa (pictured below) stays in a hostel at eThekwini, he says he lost control as he was hurt. 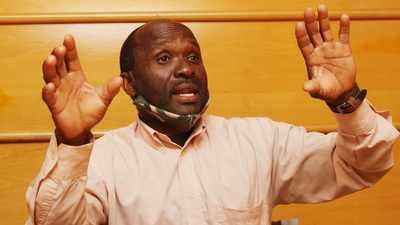 He said the women were making noise since they left Mgungundlovu, they were swearing at everyone including the taxi driver. They got into the taxi holding beer and many other bottles which he could not identify. They sat in the back seat. The other woman was spitting and the driver asked her to stop. The driver even requested the women to put on their masks, but instead, they insulted the driver. The women said taxi drivers were not educated and they cannot date them for that reason.

Upon reaching Pinetown the ladies left their earlier seats and came to sit right behind Ndlangisa's seat. They continued to despise people in the taxi including some other women who were seated and chatting softly to themselves. Maurus looked back in their direction and then continued to look in front. One of the ladies asked him what he was looking at, they used all kinds of naughty words until he apologized to them. 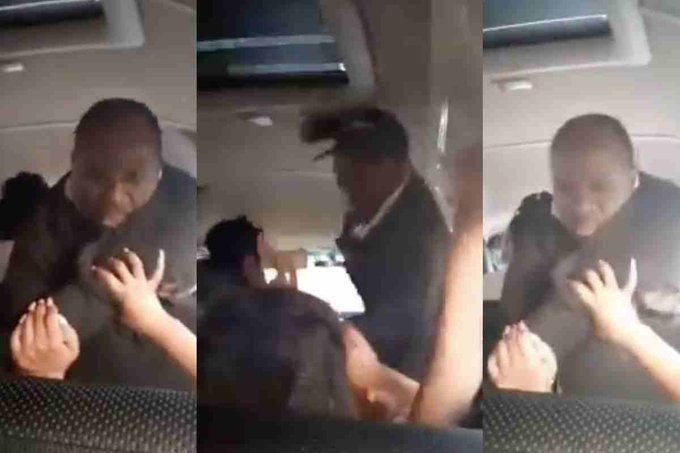 Then the one he beat up is known as Fezeka, she asked why he was apologizing and she gave him a hot clap, thus when he retaliated. The taxi driver Thokozani Khumalo said that if the police want to arrest Ndlangisa they must rather arrest him first, for the fact that he failed to protect his passengers, while the women kept on insulting and swearing to them. They first asked Thokozani to increase the volume of his radio, he refused to do so as there were elderly people on board. Before he knew it, one of the ladies spat some saliva but he wasn't sure where she spat it on.

Khumalo asked them to stop their behavior and also requested them to put on their masks and stop spilling beer on the seats. Thus when they told him that he is not educated and that he is not their type. They went on to say the taxi drivers get paid only R400,t hey date the taxi bosses, and he must do his job and stop talking to them. He then did just that, drove the taxi until Pinetown where passengers began to drop off. Then thus when they insulted Ndlangisa and said he is not even circumcised, he is not sure what happened thereafter he was driving and he could not stop as he was in a highway.

He then stopped and asked them to drop off them as they were abusing passengers in a public transport they refused, until Ndlangisa decided to get off. The women were disrespectful and drinking beer in public. Thokozani could not drop them in the bush as he saw that they were women and were very drunk and not safe to do so.

Other passengers explained that they were pissed off as they wawereoo much noise in the taxi. Fezeka the lady who was beaten by Ndlangisa said she and her friend were drunk they slept all the way and did not make any noise. She went on to say she cannot recall what they spoke about with her friend but they did not bother anyone. She is hurt because people left them to be beaten by the man for no reason.

Fezeka asked Mbali why she was apologizing to the man because she did nothing wrong, argument arose but Fezeka said she was not sure why. Then Maurus attacked her and Fezeka, she could not fight back as she has no strength to fight a man. She said she will not open a case of assault as she doesn't know the man. When the media was interviewing her she said they must talk about the fact that she was beaten up and nothing more.

Ms M.tolo wants Fezeka to be taken to a psychologist to get treated as the thing disturbed her. Mbali who is having lessons at UNISA who was also in the video has no idea what happened she only remembers seeing her friend being beaten up. She also wants the video to stop showing on social media as it is disturbing for them and they need psychologist treatment.

Mr M.hlabunzima from the community of KwaZulu-Natal said it is a crime to be beat up woman, and it does not matter who did what. The police are investigating this matter. Sfiso Shangase said drinking in public is prohibited, and the taxis belong to the public. Women have rights but their behaviors also important.