By Erapoetblog (self media writer) | 2 days ago

Many taxis have allegedly been burnt in some viral videos making waves on Twitter as some people shouting Allah Akbar set fire to some taxis. A notable media personality who posted the video said that he just received the video, “Durban Road, Gqeberha (Port Elizabeth). Taxis set alight. Video as received. Crime Watch”. Many people confirmed that it is actually happening as reported. They said that it began after a taxi got involved in an accident. Another person reported that he, “Received a voice note saying a Somali was hit by a car, and an argument occurred which led to a shoot-out between taxi drivers and Somali”. More taxis are on fire now, and the viral video of the perpetrators shouting Allah Akbar is circulating on social media. 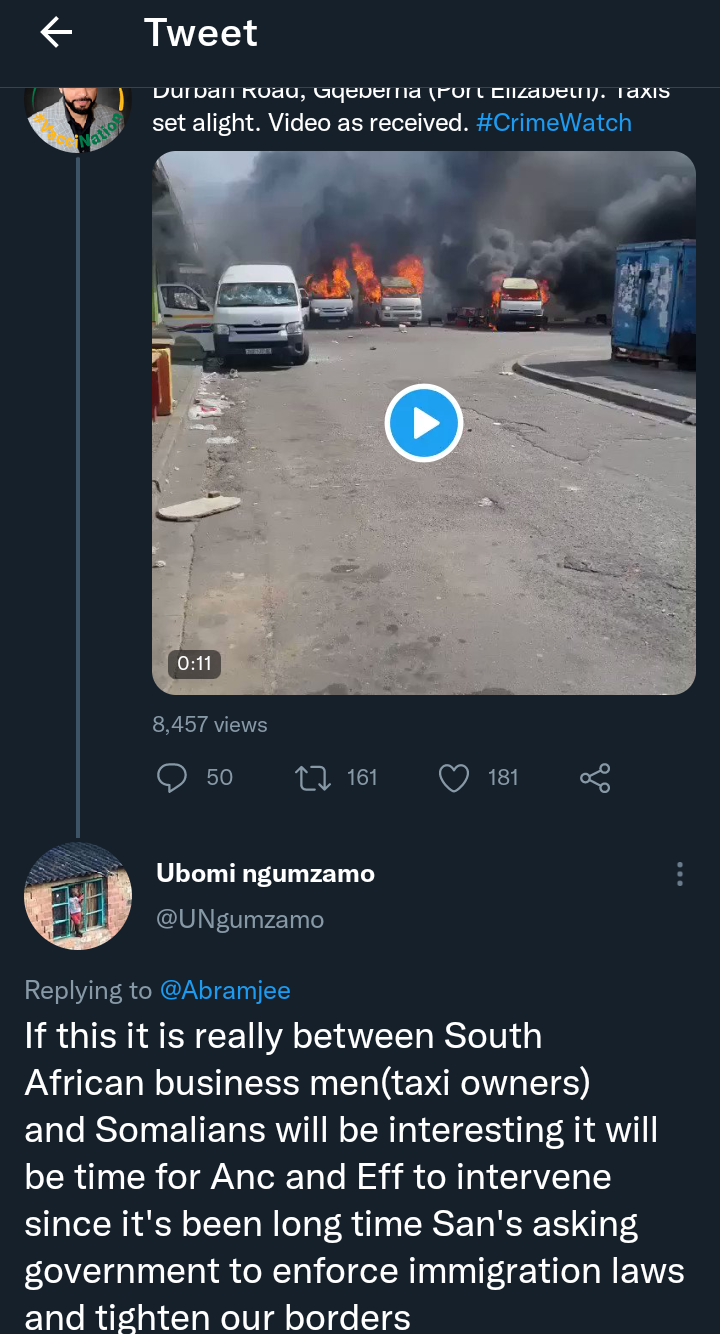 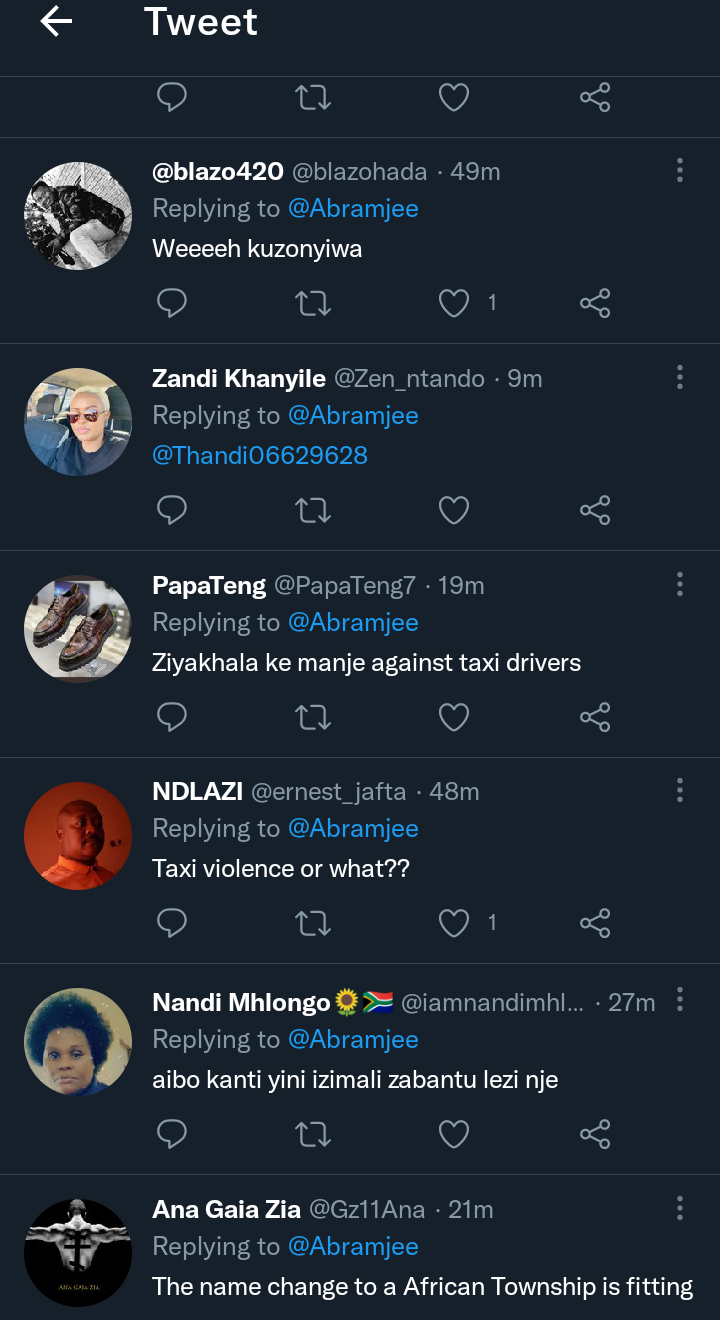 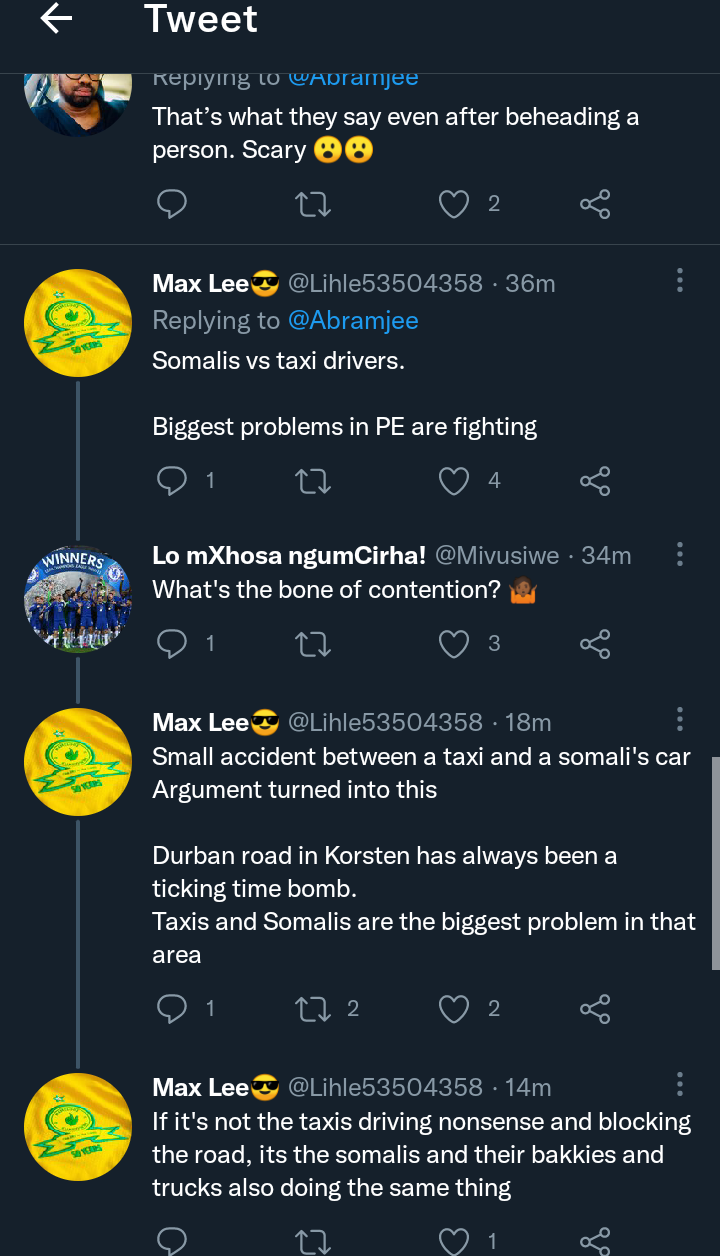 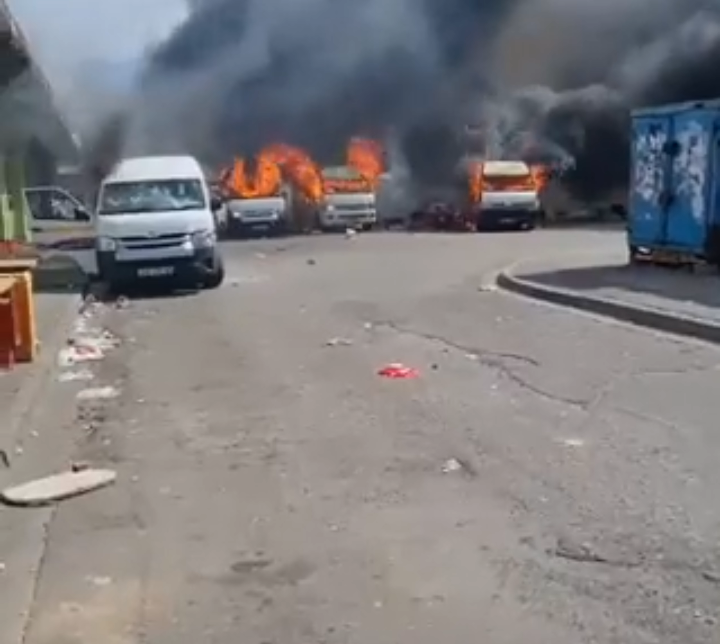 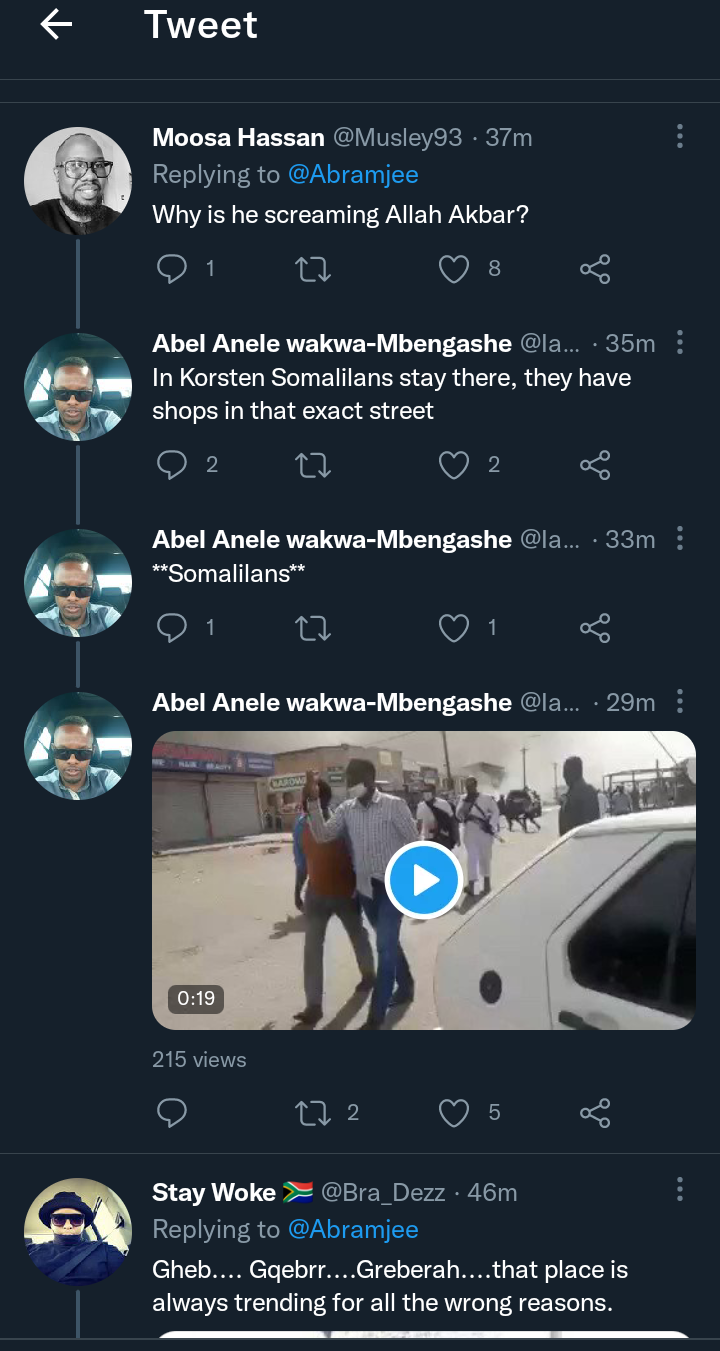 Many South Africans are happy seeing the videos, and the fact that the perpetrators were shouting Allah Akbar left many people surprised and frightened. A South African youth said that the government have been handing the issue of illegal immigrants with kid gloves, now they are taking it too far. Recall that South Africans have been clamouring for a tight immigration control. Another person pointed out that violent shooting are taking place now and vehicles worth millions have been torched and set ablaze by those shouting Allah Akbar as a shout of triumph and victory. A Twitter user observed, “Is it just me or do I hear him saying God Is Great in Arabic? SA is on the verge of complete instability. We'll be lucky if there is no civil war here. Yheyi — am also shocked to hear that “Allah Akmal!”!

That “Allah Akmal” is never followed by anything good”. They are afraid that the jihad war cry of Allah Akbar will make the violence to degenerate to another thing entirely. They observed that the government did not take the issue of illegal immigrants serious, saying that these militants may one day cause problems in the country. 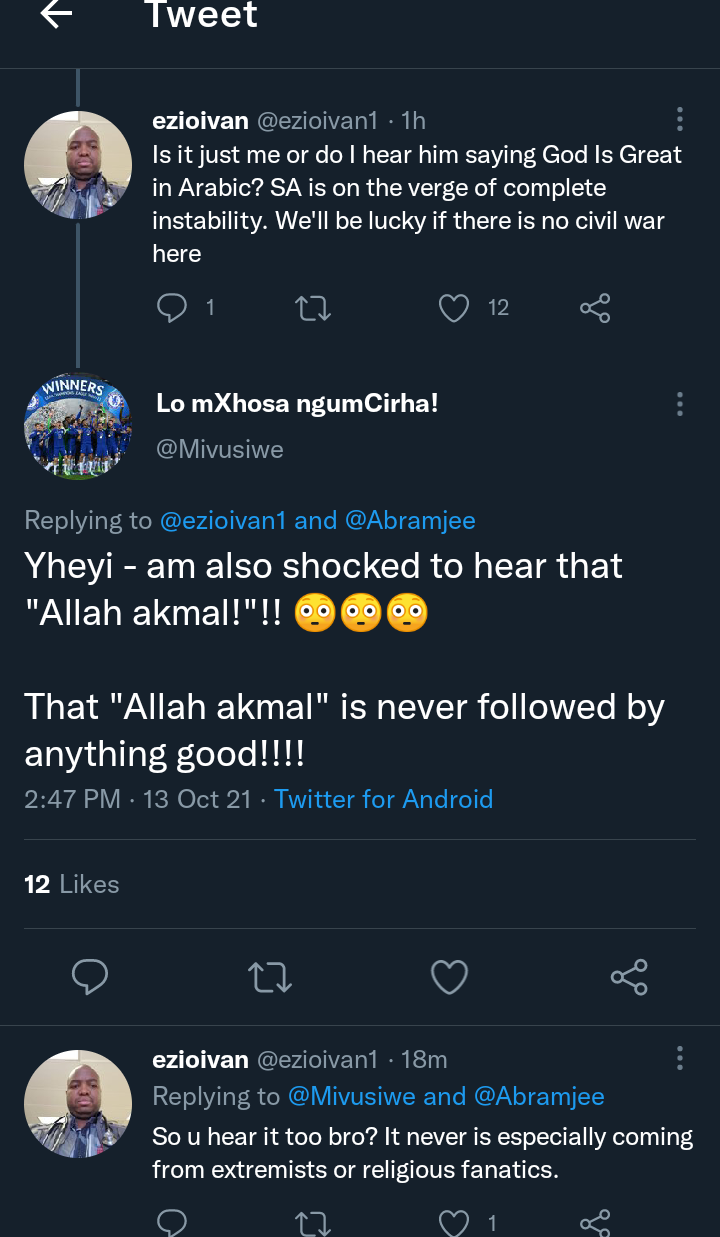 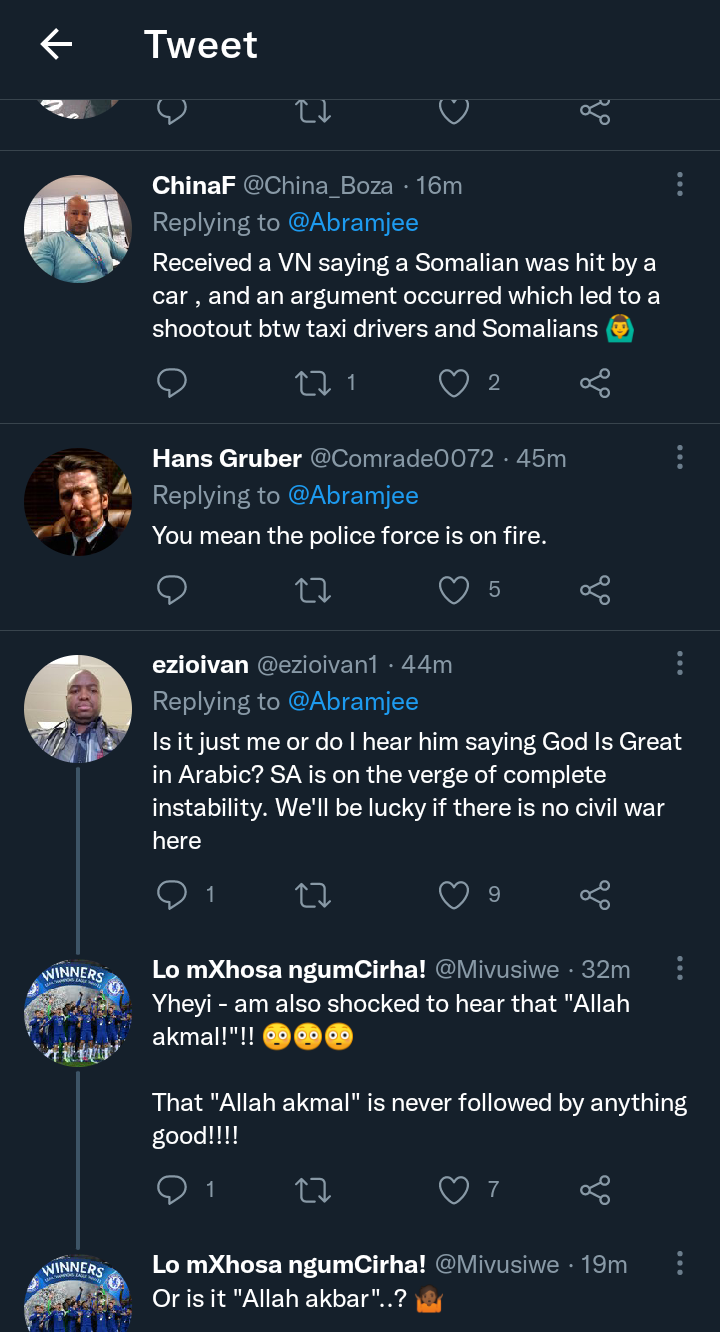 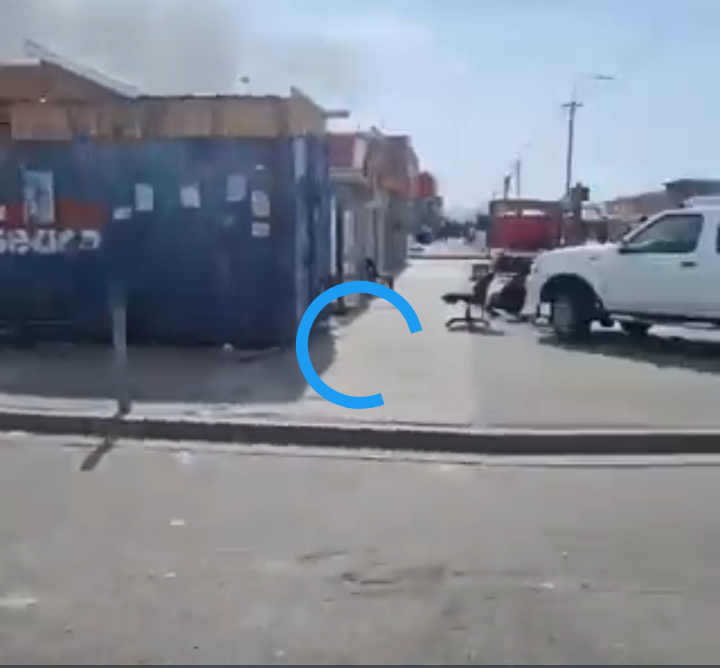 An eyes witness said that, "If it's not the taxis driving nonsense and blocking the road, its the somalis and their bakkies and trucks also doing the same thing. There's a war going on between Taxi drivers and Somalis in the area. If this it is really between South African business men(taxi owners) and Somalians will be interesting it will be time for Anc and Eff to intervene since it's been long time San's asking government to enforce immigration laws and tighten our borders".

Taxis burnt to ashes in Joburg CBD, it is not Somalians this time