Three Nigerians males and one Zimbabwean woman were arrested for being in possession of drugs in Florida,Rooderport.

The Johannesburg Metropolitan Police Department (JMPD) made arrest for being in possession of drugs.This drug dealers were found on a place that is known for having many drug lords in it. 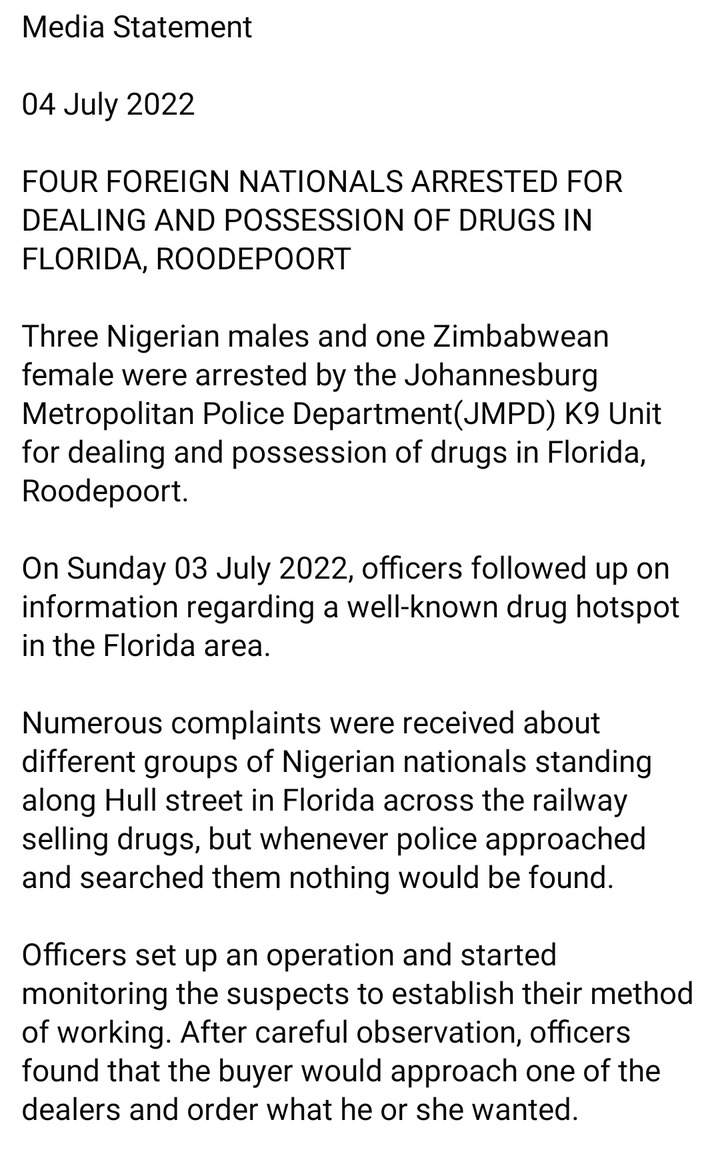 It is believed that many complaints were received about Nigerian nationals standing along Hulu street selling drugs but when Police came and searched,they were finding nothing. 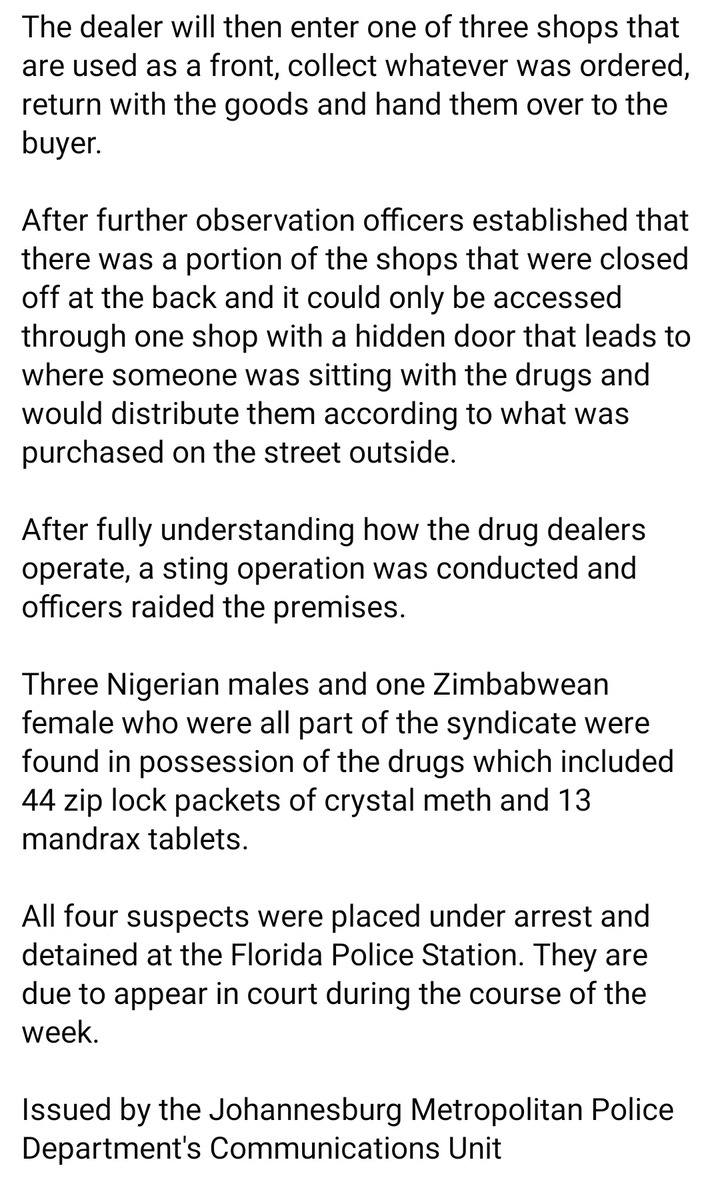 Officers set up a trap and started

monitoring the suspects to start their method of working. After careful observation,police officers found that the buyer or consumer,would approach one of the dealers and order what he or she wanted. 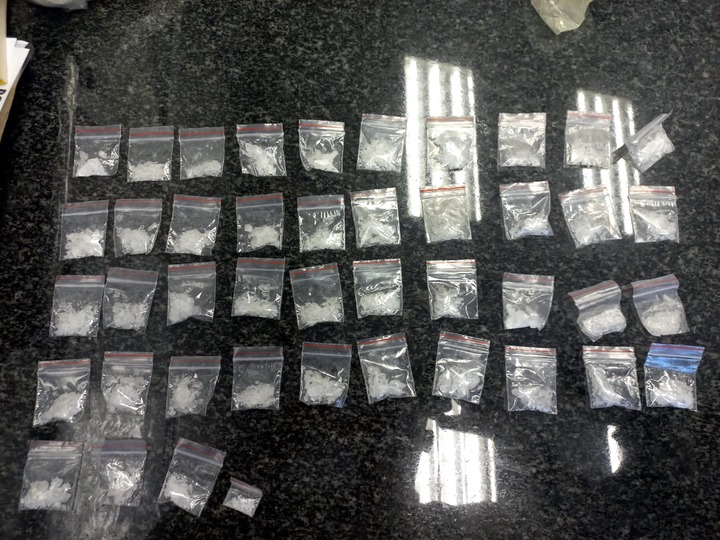 Then the dealer will enter the shops that they use to store their drugs and then comes to give the buyer.

Police officers found out there shops that are closed and all of them,can be accessed on one door which is hidden.Inside of those shops,they found one person who is the one who have the drugs and distribute them. 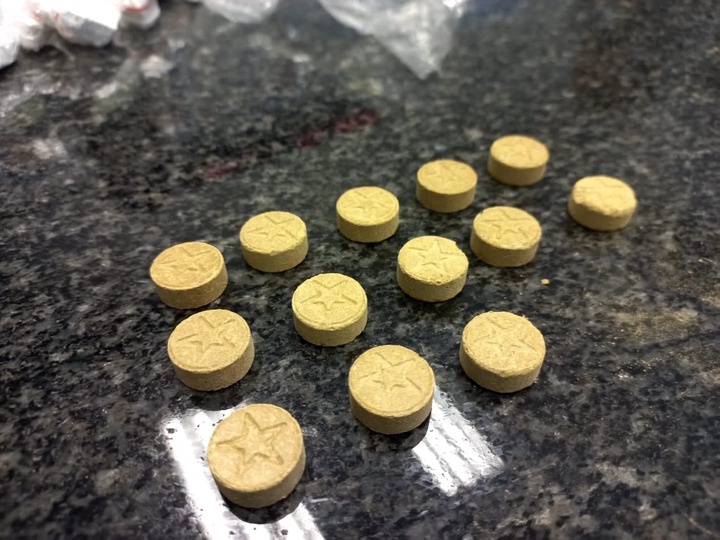 After police made this operation,they found four Nigerian males and one Zimbabwean female who had 44 zip lock packets of crystal meth and also 13 Mandrax tablets.

All four were placed under arrest and will appear in court in due time.