By Thepresident (self media writer) | 11 days ago

This is too much accusations against the prophet of God. You know he has been accused before, but it looks like now it is raining and pouring on him. I see what is happening, social media is making people rich.

They will comment, they will give them a lot of clicks and likes, then they get paid a lot of money, but by doing this kind of dirty work through touching the servants of God, I don't think it's a good game st all.

It may soon end in tears, remember we wi all stand before the judgement seat of God one day, and they will be judged people should not stoop this low, just because they are looking for a paying content.

If they have nothing to bring to viewers or their followers, let them not play that way. I know corona has left many jobless, hungry and desperate, but this is not the way. 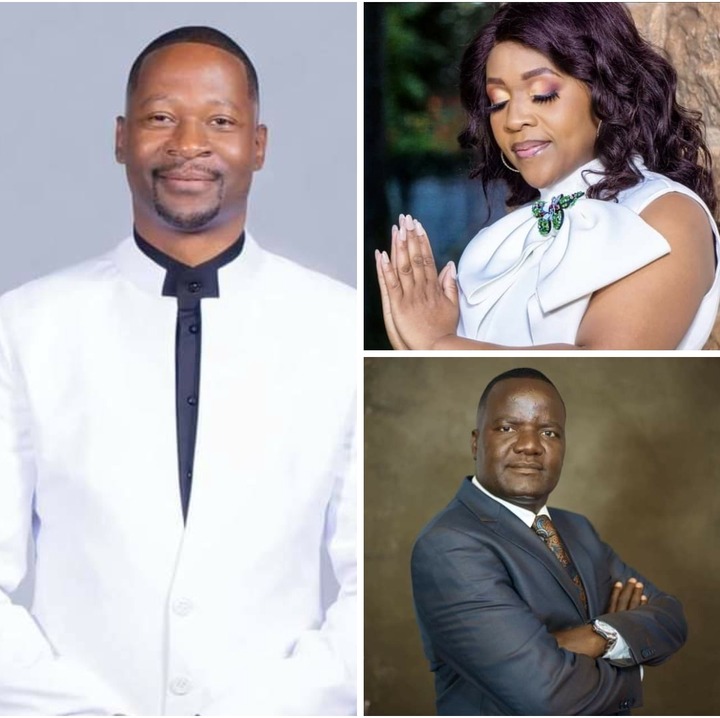 We were all fooled 😭 Makandiwa's team intentionally leaked that stage managed scandal as damage control to cover the real truth that was yet to surface and shock Many of UFIC leadership and followers.

Mr Dzomba is just a regular security guy and Pastor Blessing Deve is totally out his league "not his match at all, in his own imagination he can never ever consider it as a possibility to have even just a fling with pastor Blessing Deve"

So here is what is on the ground, "story still developing though"

Makandiwa himself is the one having an entanglement with pastor Blessing Deve and when their little secrete leaked to a few members of the leadership, many questions of disbelief and discontent arose and some of which were :

Could it be the reason why Makandiwa influenced Blessing Deve to Divorce her former husband Ray Tazarurwa so that he can take over.

So are all the other stories of Makandiwa having a second official wife and multiple girlfriends true ?

His entire leadership is disgruntled as we speak because everyone was heartbroken with the way Ray Tazarurwa and Blessing Divorced, because noone knew the root cause of the divorce, but now they can connect the dots that Mkuru wanted Pastor Blessing Deve for himself. That's why whenever a Divorce occurs, it's only the husband that will leave the church and the wife will stay "obviously to serve the Man of god in many ways than one" and if the husband tries to voice up Makandiwa and his media team will fund a smear campaign to discredit the man and come up with stories like the man cheated - blablabla #foodforthought

In short - Blessing Deve and Joseph Dzomba are not in any form of a relationship, it was all cooked to disguise people's attention and protect Makandiwa.

But the propaganda and footage manipulation that Makandiwa did last year was all an effort to counter attack and dismiss these factual allegations.

Ancestral walk is so beautiful for many reasons

Check out beautiful pictures of Belinda from Muvhango in real life, see her stunning photos

If You Are Going To Get Married, You Better Test It Before You Get Married - Lady Claims.