IsencaneLengane: Thando Spills The Beans About Siyacela's Sister And People Are Not Happy 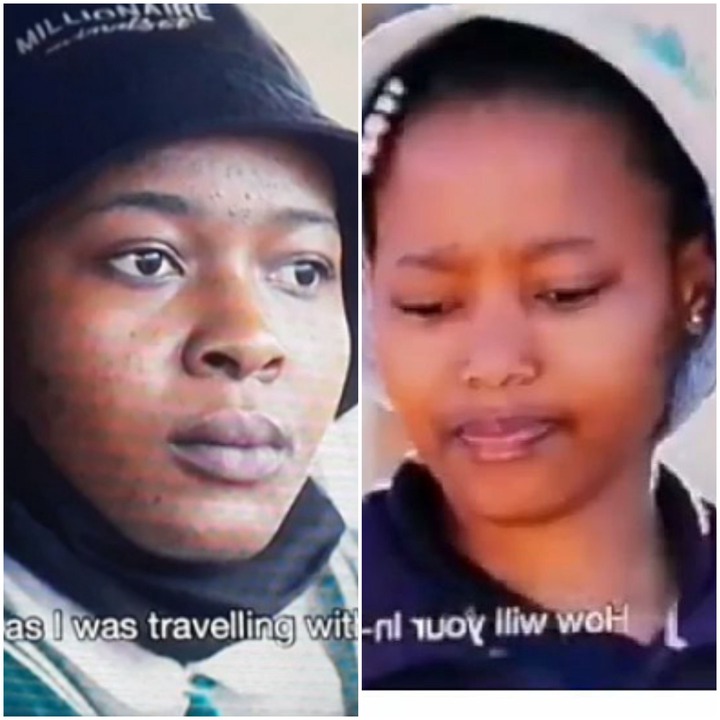 As the viewers, we do not really care much about how Thando and Siyacela feels when we say certain things about them and one could give numerous reasons why this is the case.

People have had something to say about Thando and Siyacela each and every week and there is no avoiding the backlash that comes with every new episode because there is always something that the viewers are not going to like. 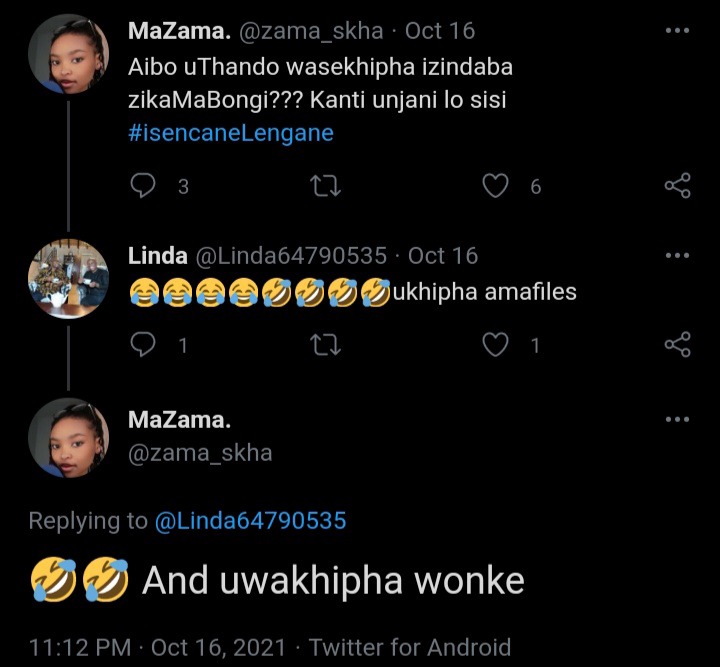 There is a conversation that Thando had with her sister in law, Mabongi and it was about a picture that Mabongi took with a supposed fan. We got to know that Mabongi will be getting married and she is entering a new world, which means that she might be open to some suggestions.

Thando has been married for some time and because of that, she can share one or two things that might help Mabongi in the future. 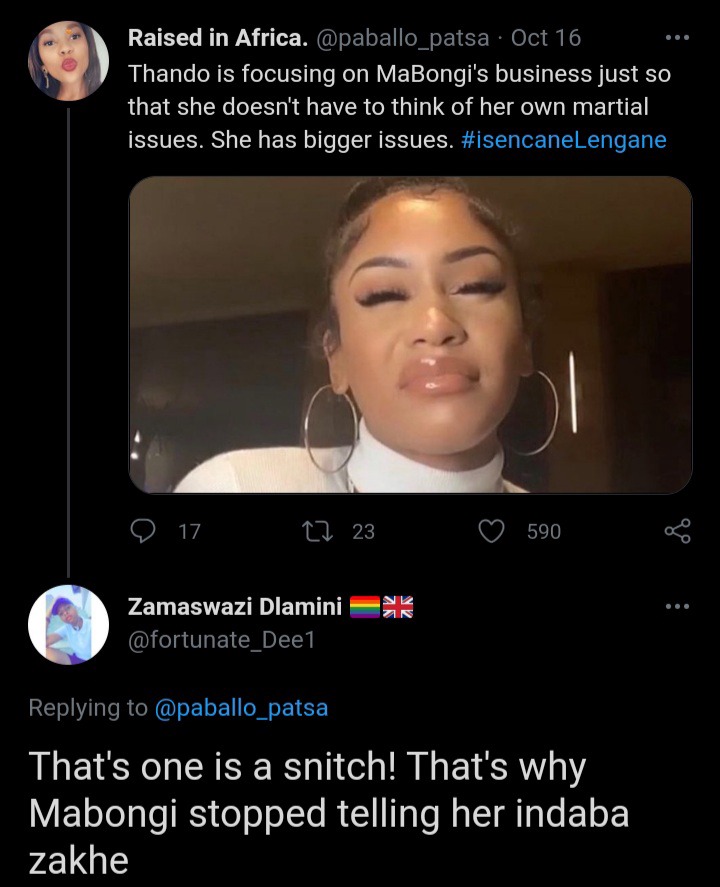 Even though there is no formula when it comes to marriage, there is still a need to take some advice. And maybe Thando's intention was to alert Mabongi of the smallest things that could easily cause problems in marriages, Mabongi took a picture some time ago with another man.

And this is quite normal, there is definitely no problem here, strangers take pictures all the time, but it is different when it comes to some marriages. 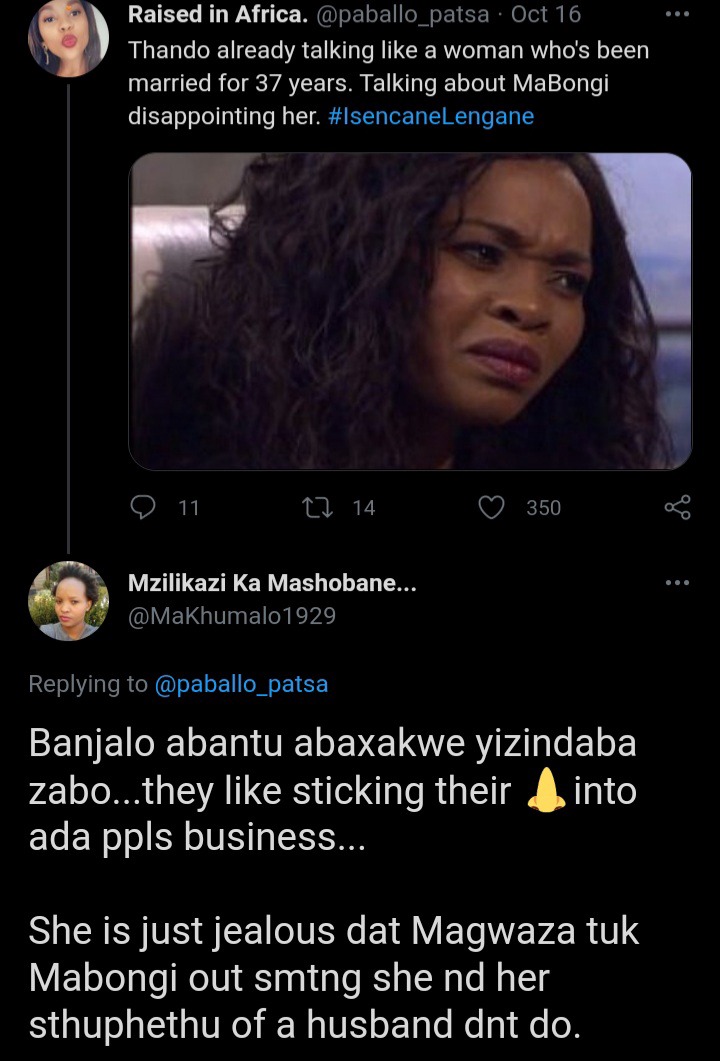 What Thando pointed out is that, when a woman is married, she cannot go around taking pictures with other men, it has to be with her husband. Mabongi did explain that she took the picture because the guy is someone who once saw her on TV, so he requested as a fan and this probably happens every now and then.

As Thando expresses this to Mabongi, it almost seems like she is committed to do things in her own marriage even if she is not happy. 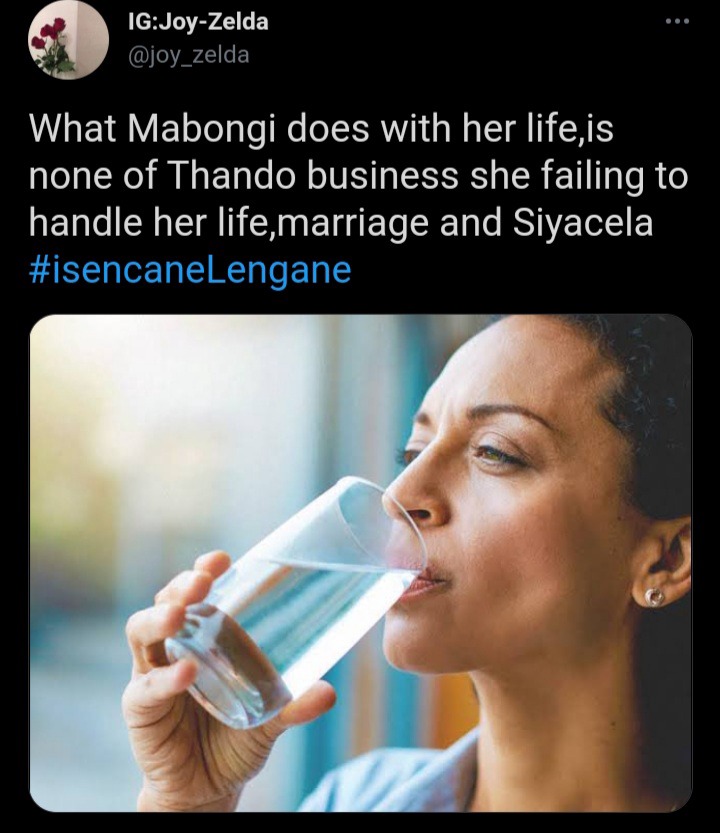 The picture thing was blown out of proportion, Thando seems like a person who would turn down male supporters when they request to take pictures with her because she does not want to start trouble with Siyacela.

Now, people reacted to this and they dragged Thando, if she knew how social media would react to her sentiments, she probably would not have said anything to Mabongi about the picture on the show. 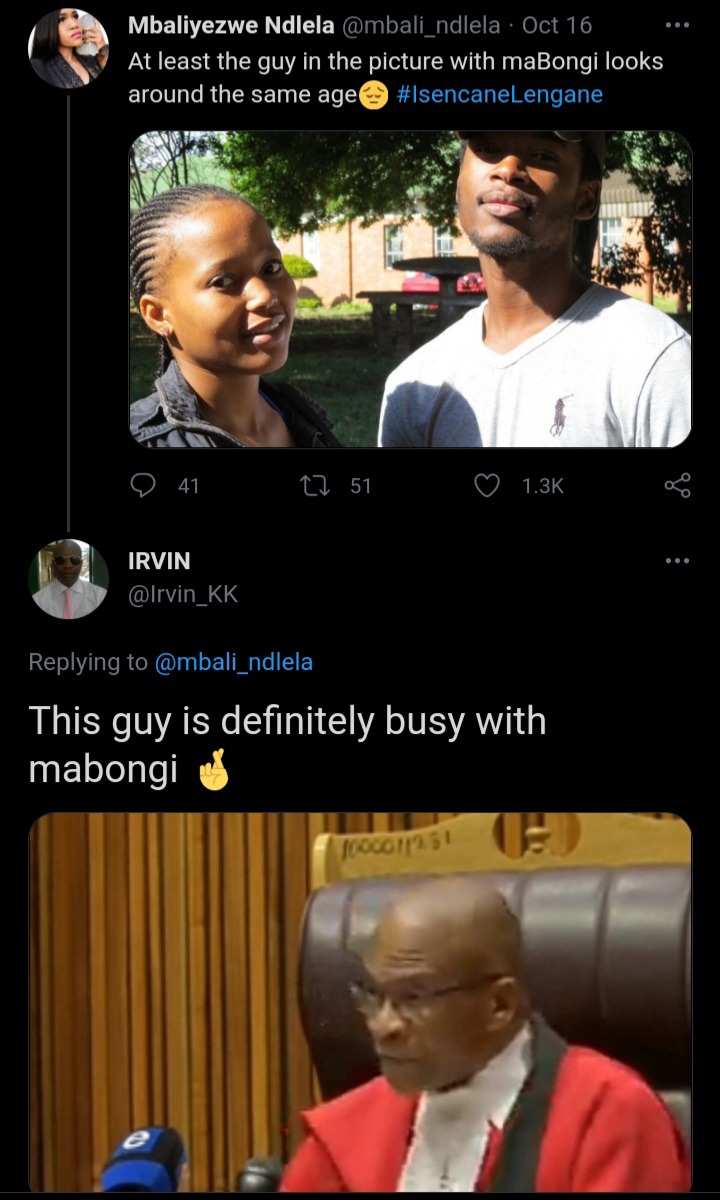 And the thing is that, people are starting to see a different side to Thando, they have even called her a snitch, some even went as far as saying that she should focus on her own marriage and stay out of Mabongi's business.