You promised to marry me: "It's a surprise ma!" Bride explains to her MIL

A lady took to You Promised to Marry Me to speak sense into her boyfriend and get him to see that she's marry-able. In her wedding gown, she interrogated why he was looking at her bridesmaid and if she was not attractive enough for him. More than anything, I think that this was a desperate stunt to force the guy to marry her because after all, the two have been through high waters and have 2 children together. 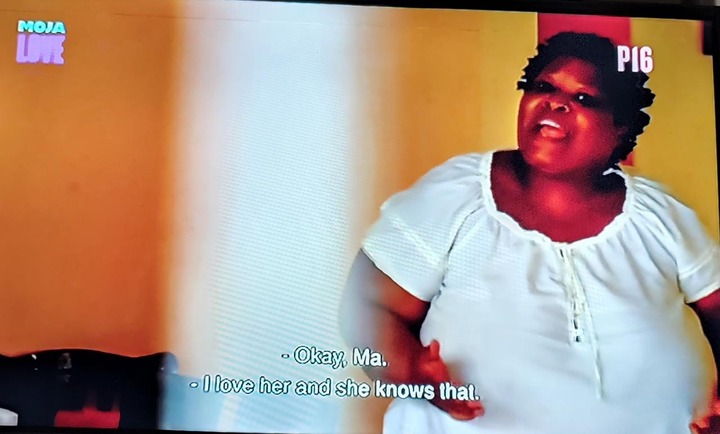 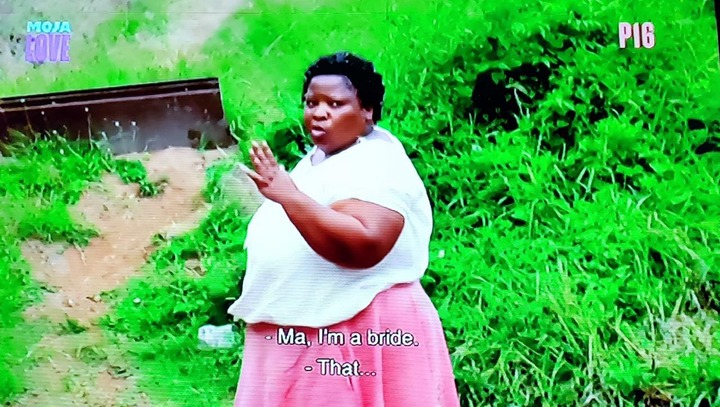 Before locating her boyfriend, she had to explain to her mother in law why she thought this was a good way of getting her son to notice and marry her. All she could chime was, "It's a surprise ma" but the MIL was unimpressed by all of it. She felt that her daughter-in-law could have adopted less dramatic ways to get her son to marry her. While the MIL was dodging cameras and wanting nothing to do with her, Sli almost cried questioning why she (MIL) could embarrass her in front of so many strangers and that she thought she loved her and saw her as being fit to marry her son. The MIL explained that she doesn't like surprises and that there was no need for Sli to go through such lengths just to get married to her son because she's the only person she considers her daughter-in-law anyways. Eventually, the MIL cooperated and accompanied the young lady to the tavern where he son was drinking (he was actually drinking in the streets). 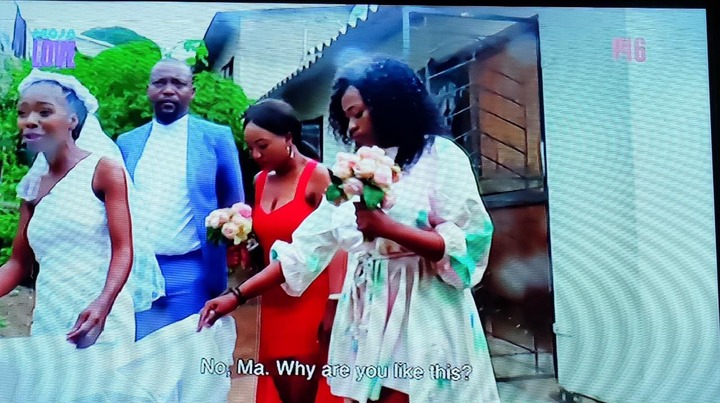 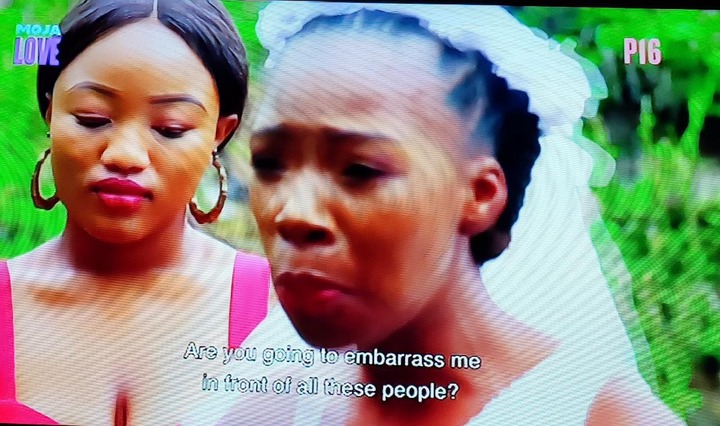 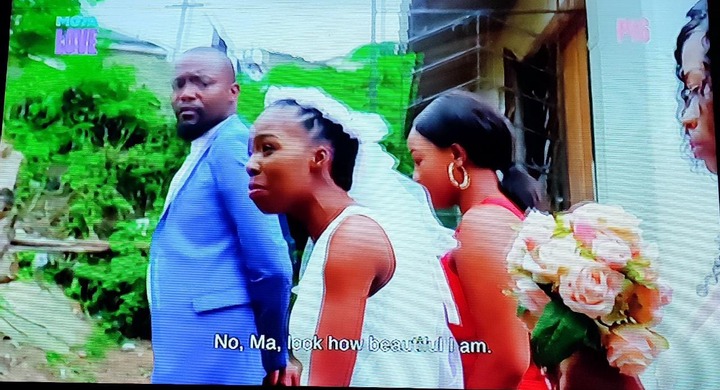 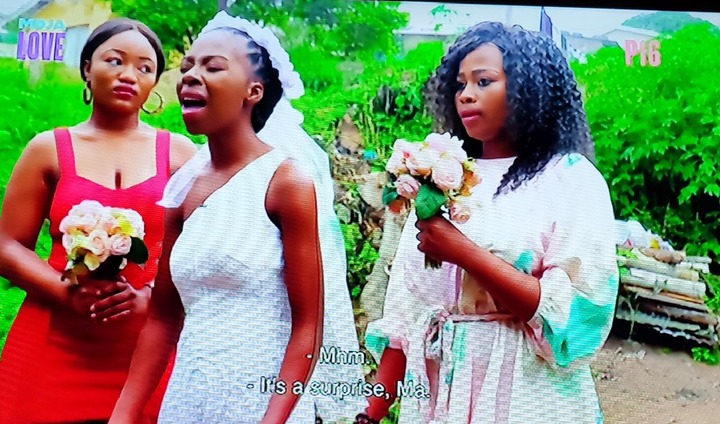 Apart from not taking too well to the surprise, viewers could not help but notice how well Sli and her mother-in-law got along.

Guys I'm so embarrassed on Sli's behalf. Why do people write to this show to embarrass themselves?😩 #YouPromisedToMarryMe @mbali_ndlela

It's either Sli was drunk, acting, or she's just special nje 😂😂#youpromisedtomarryme @notyourmate27

Hawu Sli came wearing a white gown saying Sihle marry me. When he says let get married. She says no you have to pay lobola bla bla bla. Kant why did she call Moshe. #youpromisedtomarryme @Samke_70402 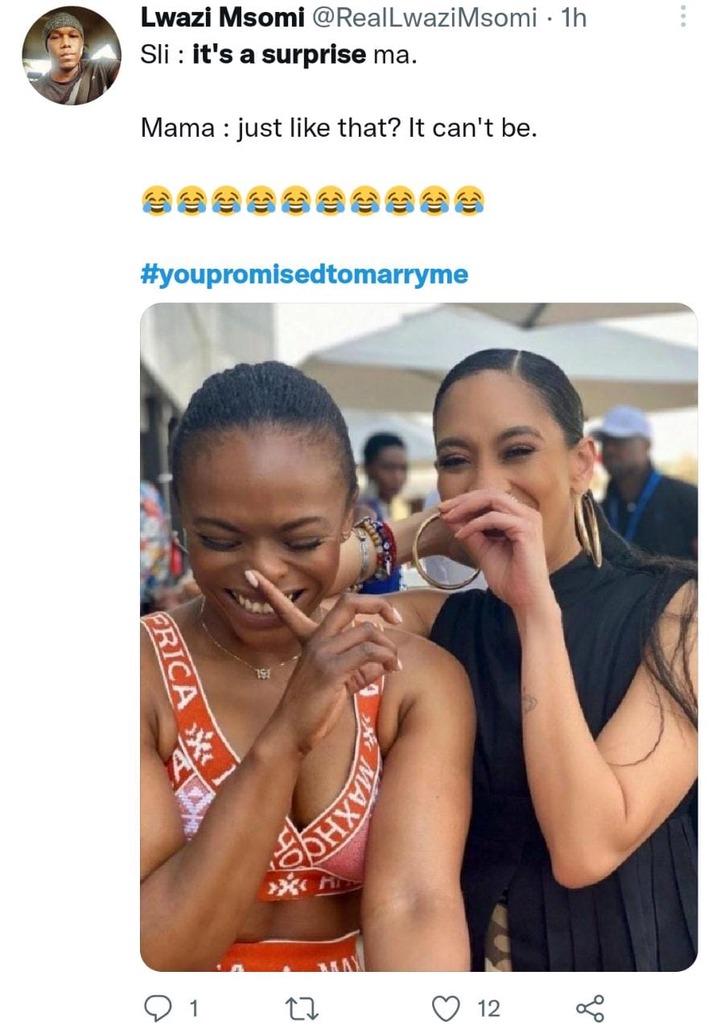 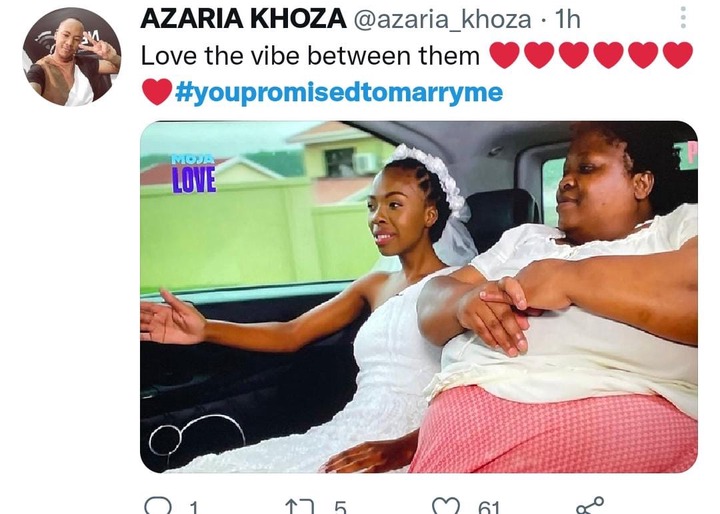 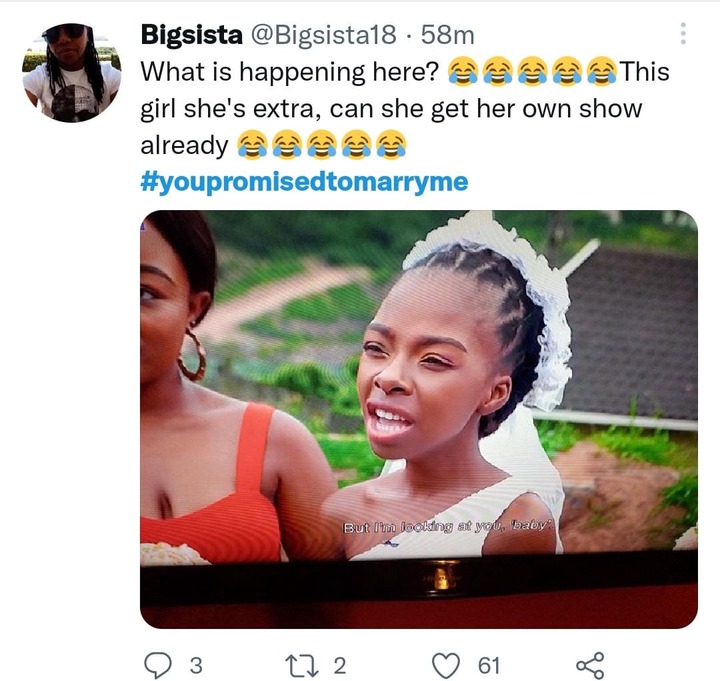