According To Sexuality Experts, Here's How To Know If You're Bisexual 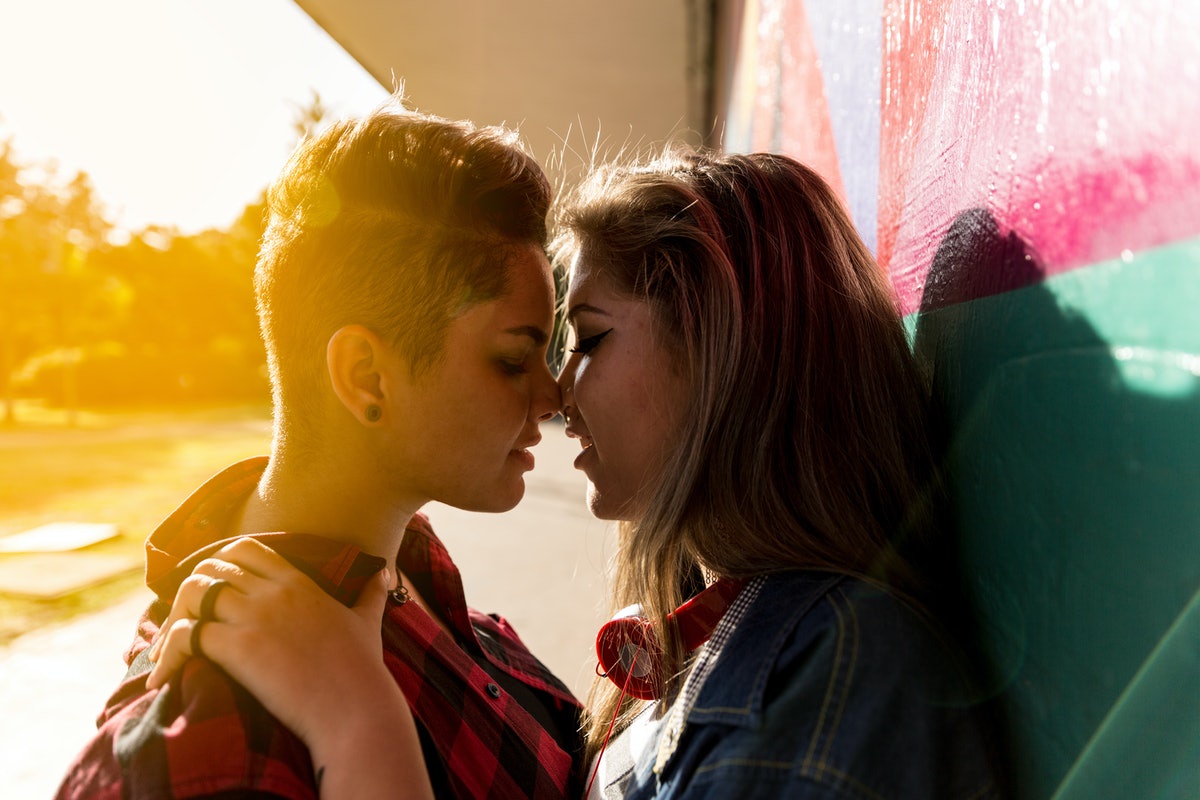 For a lot of people (OK, most people), figuring out your sexuality can be extremely confusing. So! Many! Feelings! And! Options! It wasn’t until I was 16 that I actually looked at the people I was attracted to and thought, “Am I bisexual?,” and I know I’m not alone in this. According to Gallup's 2021 report on LGBT identification, more than half of all LGBTQ+ adults (54.6%) identify as bisexual, so even if you’re not sure how to know if you’re bisexual, you should know you’re in good company.

Due to the fact that mainstream media has long tried to ignore the existence of bisexual people (also known as bi-erasure), people think we are just as mythical as the unicorn. However, I’m happy to report bisexual people are real and we’re here, probably dreaming about both Zoë Kravitz and Harry Styles, and how we really, really, really, like both of them. And as it turns out, when it comes to Gen Z, the most common sexuality among LGBTQ+ folks is bisexuality, with 72% of those surveyed by Gallup identifying as bisexual.

For many people who identify as bisexual, it took us a while to get to the point of confidently knowing and identifying as such. And that’s OK. With some introspection on your part, some input from an expert, and a nice stranger on the internet potentially connecting some dots for you, figuring out if you might be bisexual can be a little easier. While there are some signs of bisexuality in females, males, and people of all genders, you can also explore your possible bisexuality through these steps. 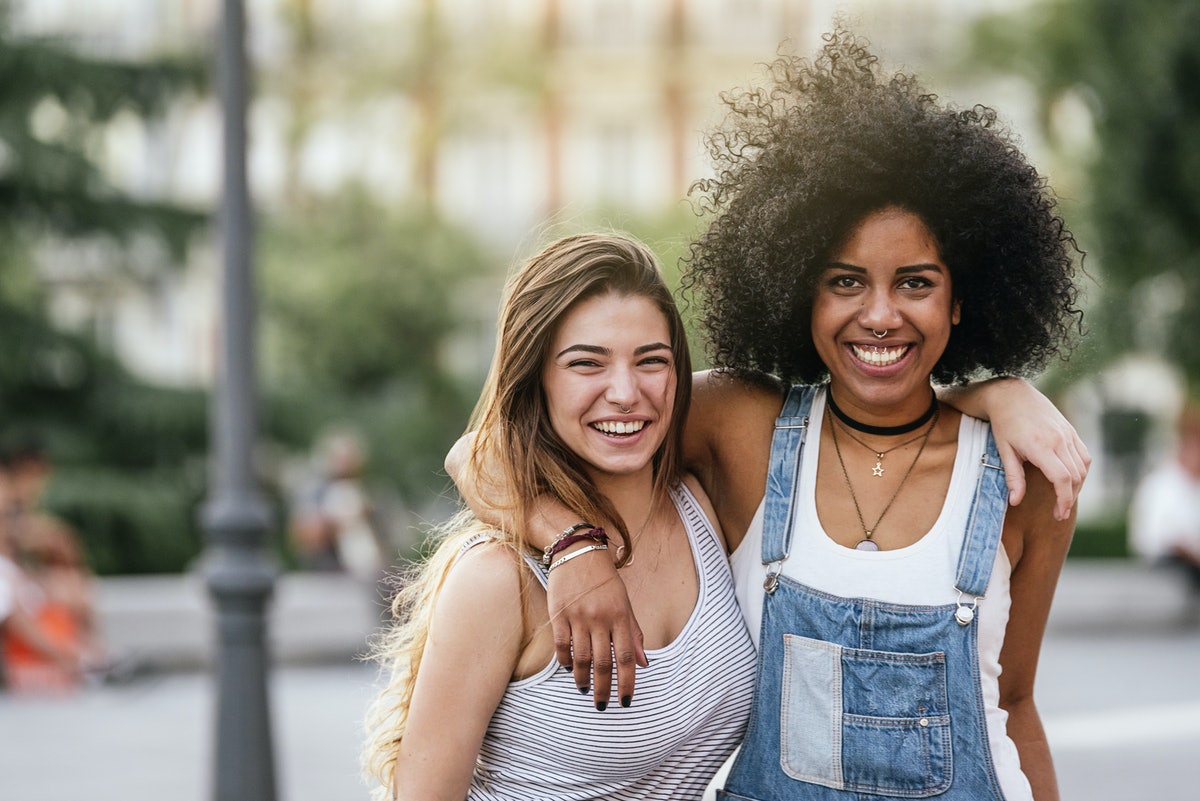 Want to know a great thing about being able to identify your own sexuality? You get to do it yourself. That's right. No one else gets to, buddy. What does that mean exactly? Well, it means that you get to decide if the definition of bisexuality sounds, to you, like it fits how you feel attraction.

The definition of bisexuality is a tough one to nail down, mostly because many individuals who fall under this umbrella identify a little differently. While bisexuality was once attributed to an attraction to both men and women, this definition isn’t inclusive of genders and sexes that fall outside of the traditional binary. As Mackenzie Harte, a communications coordinator at the GLAAD Institute, previously told Elite Daily, “Bisexuality+ as a sexual orientation has nothing to do with how sexual or non-sexual someone is, and bisexuality+ as an identity intersects with other identities (such as someone being bi but also asexual).”

According to Harte, your past relationships and attraction don’t mean you have to identify a certain way now. For example, if you've only been in relationships with men in the past, but now, you feel attracted to both men and women, you could very well be bisexual. Similarly, if you know you're attracted to two different sexes and/or genders, but you want to prioritize relationships with one over another, that still constitutes bisexuality.

Reflect On The Attraction You’re Feeling

Several times in the past, I've heard people ask, “How are you supposed to know if you're sexually attracted to another gender and/or sex before you have sex with them?” And the thing is, I understand the line of thought. But, how does a straight woman know she’s interested in having sex with a cisgender man before she’s actually done it? How did you know you were interested in the first gender and/or sex you felt attraction toward before having sex with them? Well, our bodies literally tell us these things.

Typically, as your sexuality develops, you may begin to feel sexual and/or romantic attraction to certain people naturally as you get older (unless, of course, you’re asexual). As clinical sexologist and certified sexuality counselor Dr. Dawn Michael tells Elite Daily, if you’re trying to figure out whether you’re bisexual, it’s important to reflect on the kind of attraction you’re experiencing. Dr. Michael says sexual attraction goes beyond liking someone as a person or just “finding them attractive” objectively. Rather, your sexual and/or romantic attraction to more than one gender and/or sex should “happen more than once.”

According to her, “A person can be attracted to the person themselves regardless of the gender and never be attracted to another person of that same gender again.” So, if you’ve noticed you’ve begun to consistently experience sexual or romantic attraction to a gender and/or sex in a similar way you’ve experienced it with another, then you could be bisexual. 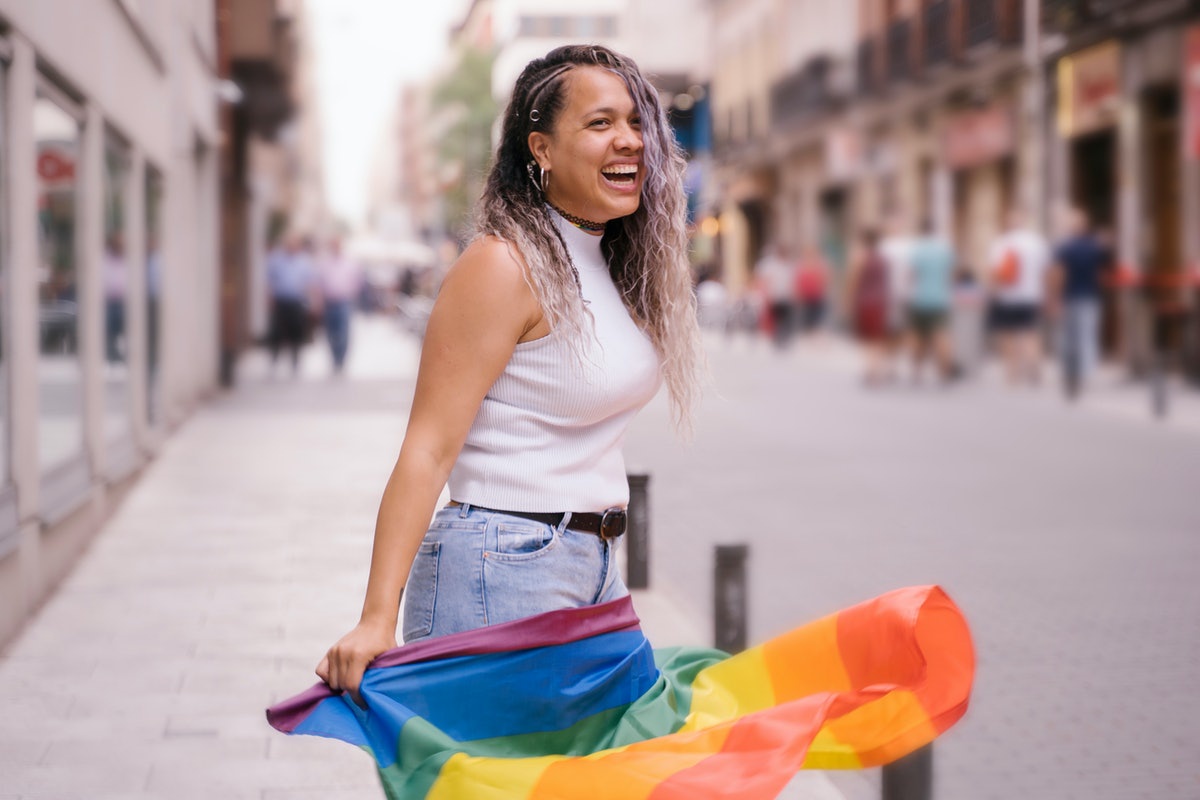 I'm just going to come right out (LOL) and say that, occasionally, what you fantasize about can sometimes be an indicator of what you’re attracted to. But full disclosure: You can have fantasies about anyone or anything and not actually want that someone or something in real life. “People fantasize about all types of sexual scenarios and don't act on it,” says Dr. Michael. “Just because a person has a fantasy it does not mean that they want it to be real, nor do they have to feel pressured into trying it or feel shame for having sexual fantasies.”

However, if you begin fantasizing about having sex with more than one gender and/or sex, allow yourself to safely continue exploring that fantasy, and perhaps you can even experiment (again, safely and considerately) if you want to and feel comfortable doing so. Dr. Michael does stress that simply having sex with someone of a different sex and/or gender than you usually do “does not mean that a person is automatically bisexual.” Rather, if — after doing so — you continue feeling a pretty regular attraction to more than one gender and/or sex in general, you could be bisexual. At the end of the day, just don't use porn or your fantasies alone to define your sexuality. Look at those in conjunction with any consistent sexual attraction you’re feeling, and go from there.

Decide If Labeling Yourself As Bisexual Feels Right

I'm not here to tell you exactly what or who you are — that’s for you to discover on your own. (I still have to ask people to answer questions about me for personality questionnaires because I can't do it myself.) But as I mentioned before, the great thing about the fluidity of sexuality and how personal it is, is that you label (or choose not to label) your sexuality for yourself. After all, you know yourself best.

So, if you've read up on bisexuality, you’ve thought long and hard on how you’re experiencing attraction, and you think this label works best with who you are, whom you're attracted to, and how you’ve been feeling — and you're comfortable and happy in that identity — then congratulations: Bisexual sounds like it suits you just fine. Welcome to the family.

Content created and supplied by: Mitchelletete_22 (via Opera News )