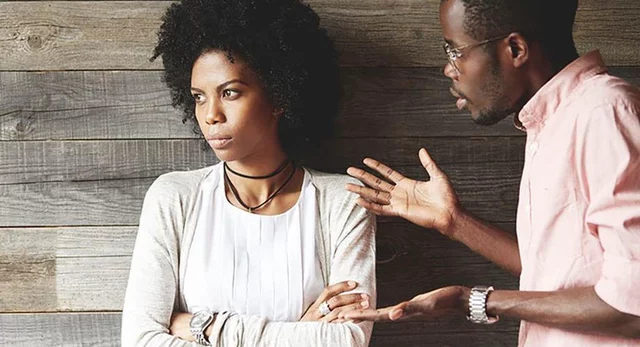 Some believe that at least two of these lies have been told by 18 of the 20 males.

Men and women both lie. Even children are adept at the game.

It's something about human nature... a way of getting out of a bad situation by duping people into believing or doing what we want them to believe or do.

For guys, the number of lies they can tell is virtually limitless. Ten lies appear to be so common in men's relationships with their wives and girlfriends that some claim 18 out of every 20 men are guilty of them.

This is a timeless classic. Men appear to lie about their relationship/marital status all of the time, and seven out of ten women will tell you they have been told this falsehood at least once.

This is frequently done to entice a lady into a relationship with them and to make her feel at ease enough to have sex with them.

Says the man with a side-kick and a baby mom expecting his second illicit child.

"I vow not to have sex because that's what you want," he'll claim, but once you say yes and enter the relationship, it's a whole new ballgame.

When a man says he merely wants to put "just the tip in," you know he's on the konji and will go to any length to get laid.

Another deception similar to the one described above.

Men are also quite adept at presenting themselves as the ultimate love-making machines.

They whet your appetite and prepare you to open up to them... but when it's time to act on all those fantasies they've instilled in you, they're done in 2 minutes.

When they're out with the men or at their side chick's place, they can say, "I'm at home."

Unmarried guys frequently try to impress ladies by pretending to have money when they don't.

Married males deceive their wives into believing they do not have money when, in fact, they do.

Shout out to the Yahoo guys and anyone else that can't brag about the quality of work they do.

See what a woman does to customers’ food before serving them.