A hilarious wedding picture allegedly from Limpopo is going viral on Twitter for the usual pose of the new couple. It is quite a new hilarious pose, perhaps, invented by the couple from Limpopo. The man who posted the picture captioned it, “Groom invisible in his wedding photo in Limpopo”. Some people are saying that the photographer must be blamed for allowing the young couple to take photographs in such a pose that would generate laughter and mockery. However, some other people say that the wedding picture is not from Limpopo and that it has been on the internet since early this year. Nevertheless, the hilarious picture is being shared and retweeted countless times on Twitter. 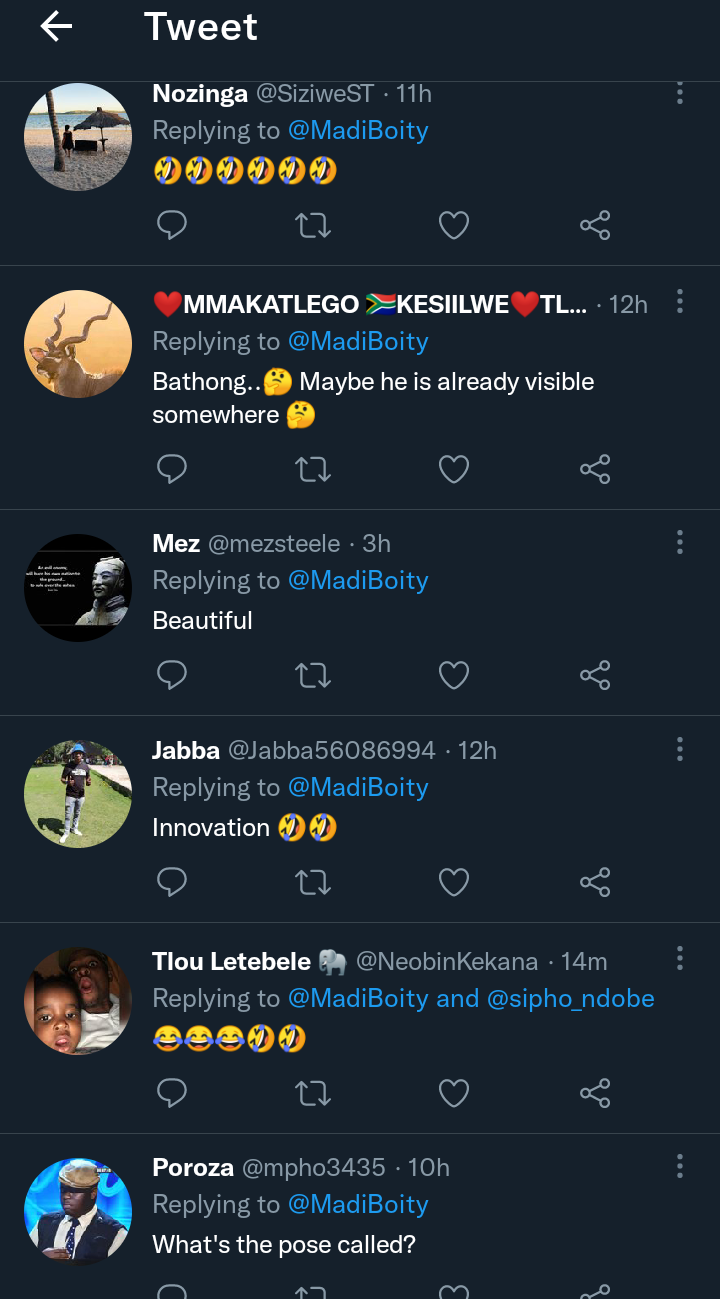 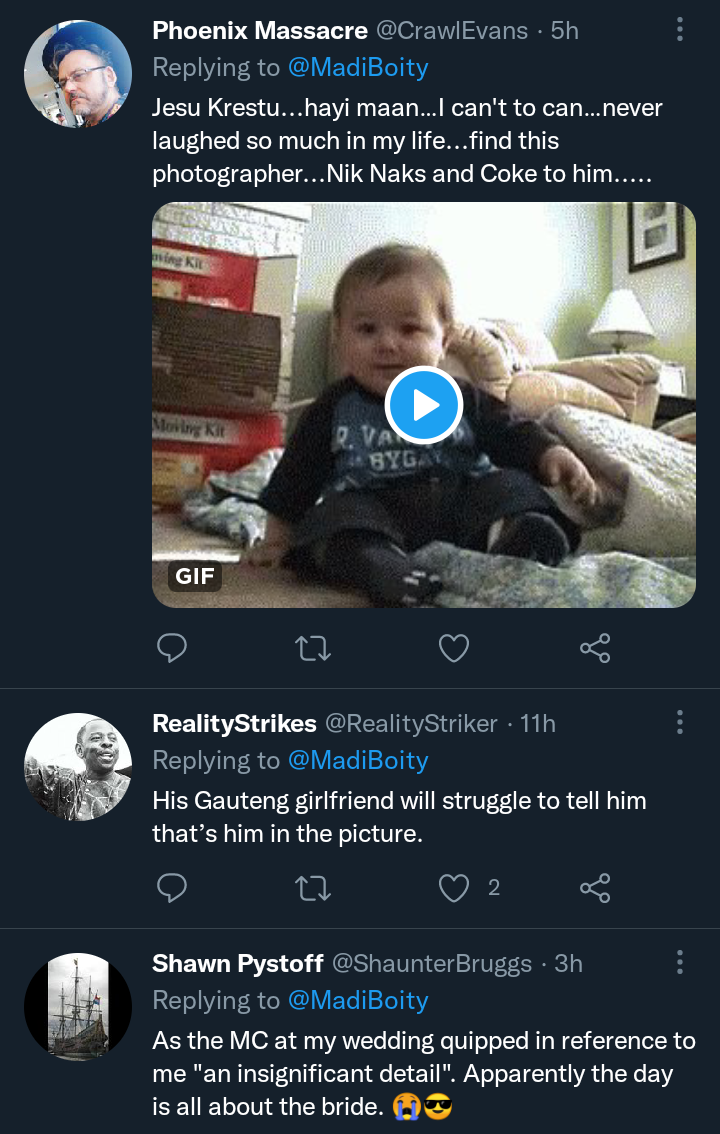 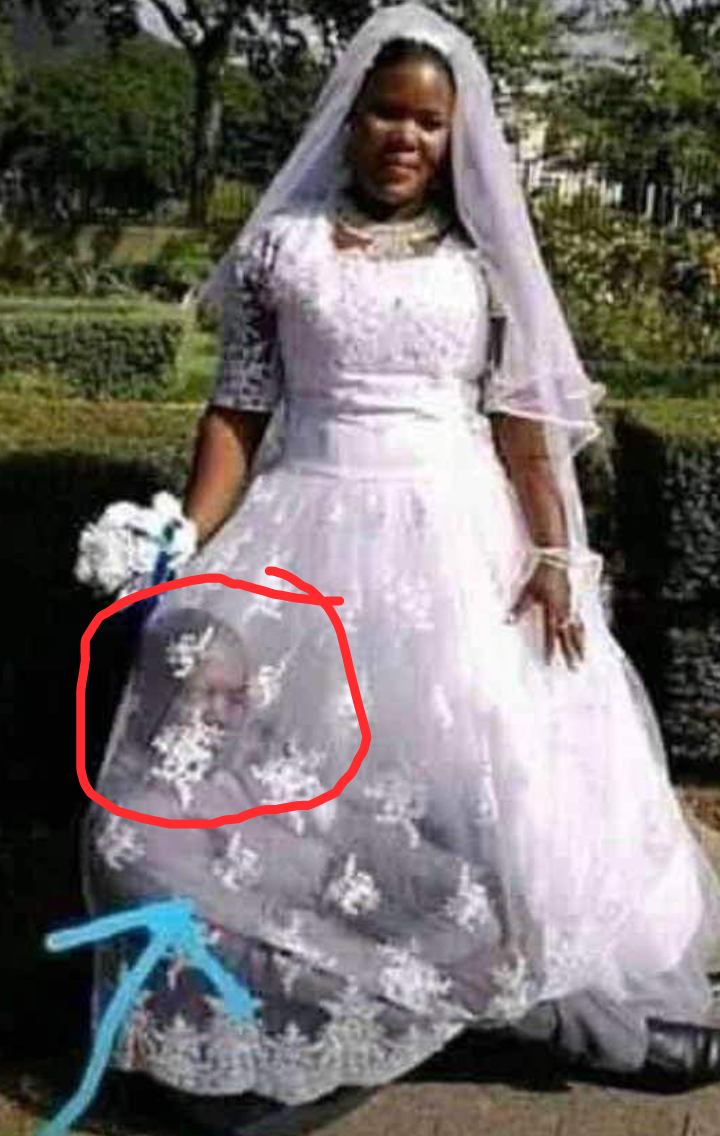 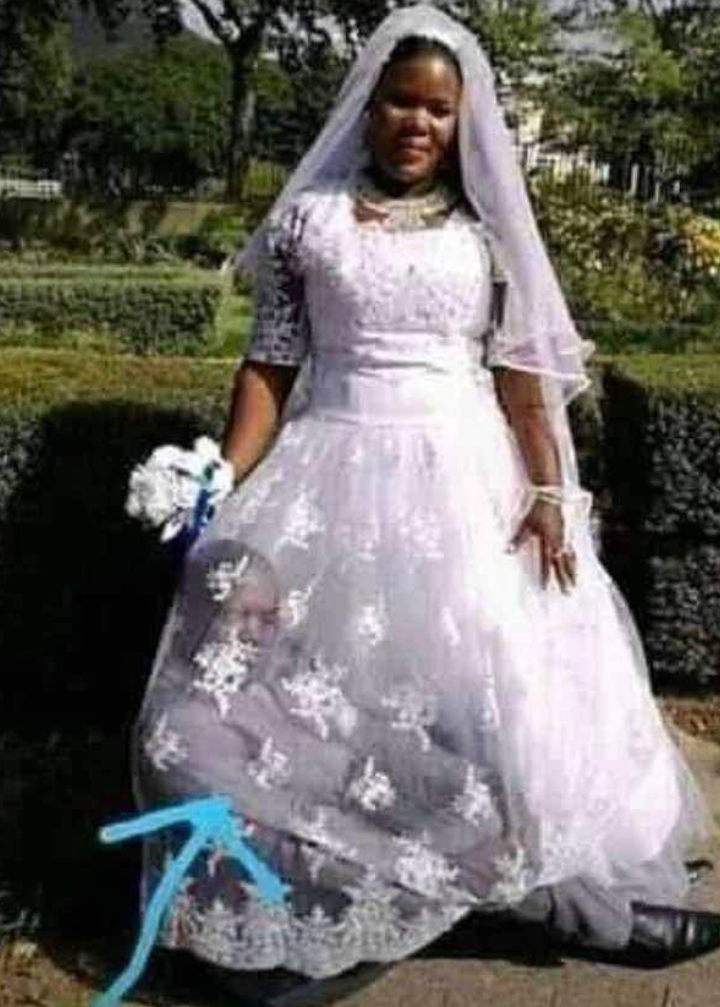 The pose of the couple in the wedding picture is rather strange because rather than stand with his bride or carry her on his arms as it is normally done, this beautiful and creative couple decided to use another format entirely. The young groom decided to hide under the flowing wedding gown of his bride and sat on the floor, taking shade with the gown. Someone asked, was he hiding from his in-laws or from those he is owing? Making fun of the picture, a man says, “His Gauteng girlfriend will struggle to tell him that’s him in the picture. As the MC at my wedding quipped in reference to me, “an insignificant detail”. Apparently, the day is all about the bride. Someone’s boyfriend got married, and he doesn’t want to get caught”. Anyway, it doesn't matter what people think or say, the couple must be enjoying themselves by now. 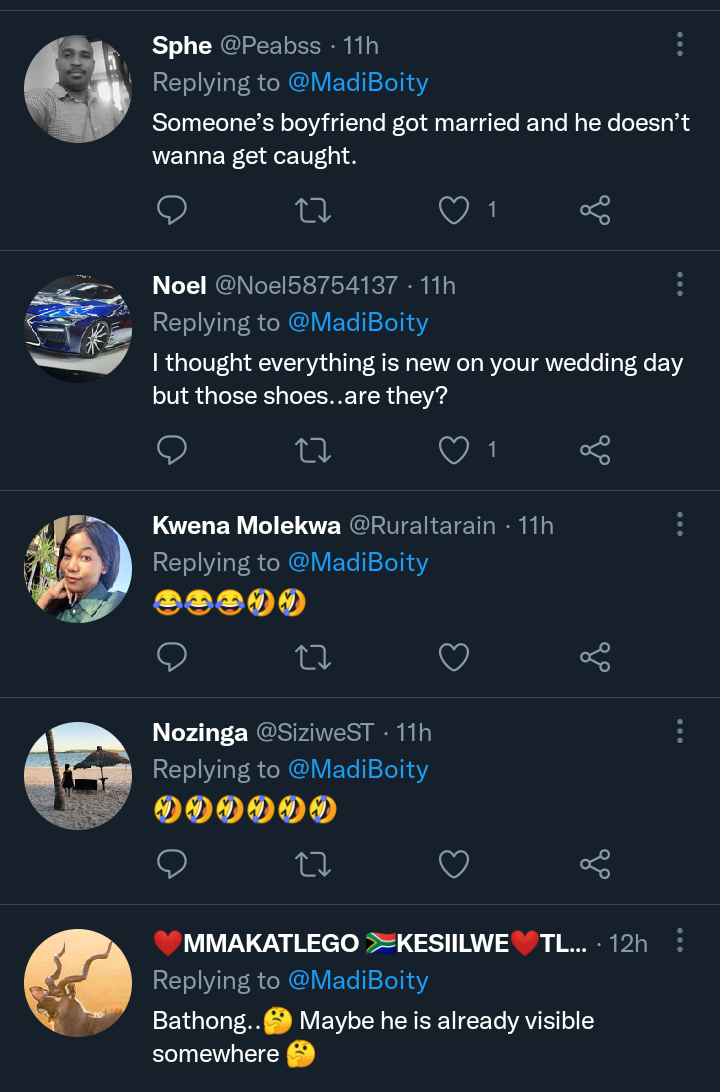 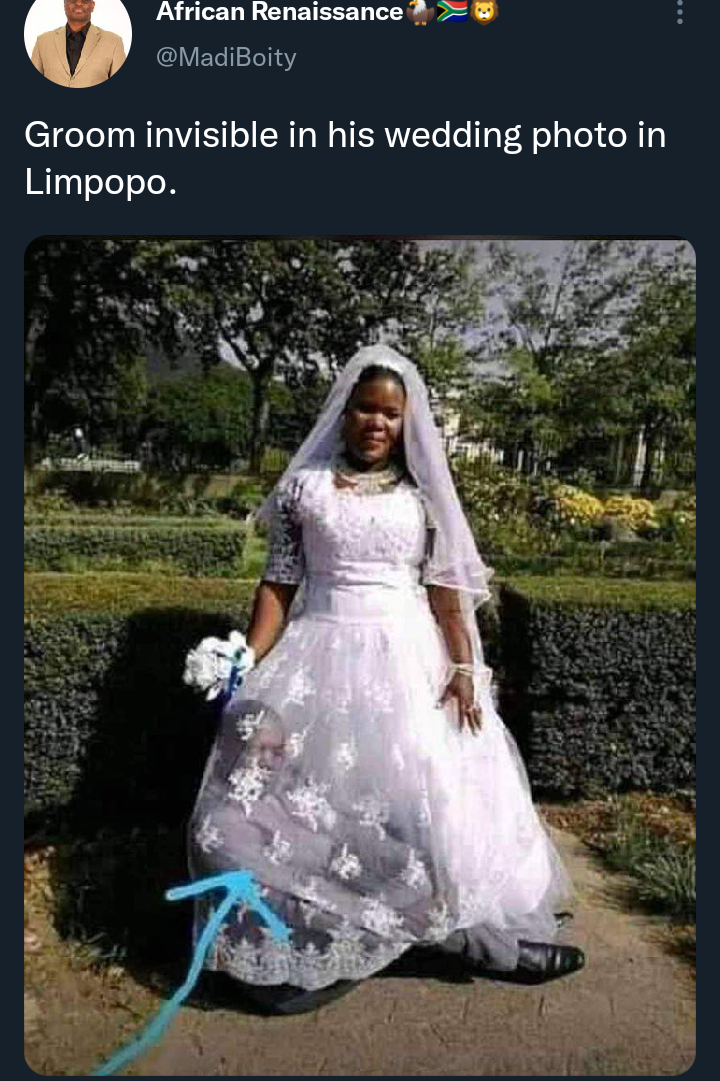 But why would the person who posted this attribute it to Limpopo, that is the question of those who commented asked. He added that it is not funny any more attributing all these odd things to Limpopo, saying that it is insulting and diminishing. The man, however, stated that he is not from Limpopo but that it is not right to attribute it to them, declaring that the picture could as well be a sort of movie or comedy. Another person wrote, “I thought everything is new on your wedding day but those shoes…are they? Jesu Krestu...hayi maan… I can't to can…never laughed so much in my life…find this photographer…Nik Naks and Coke to him…”. What do you think this new style of pose should be called?