What Men are Most Insecure About 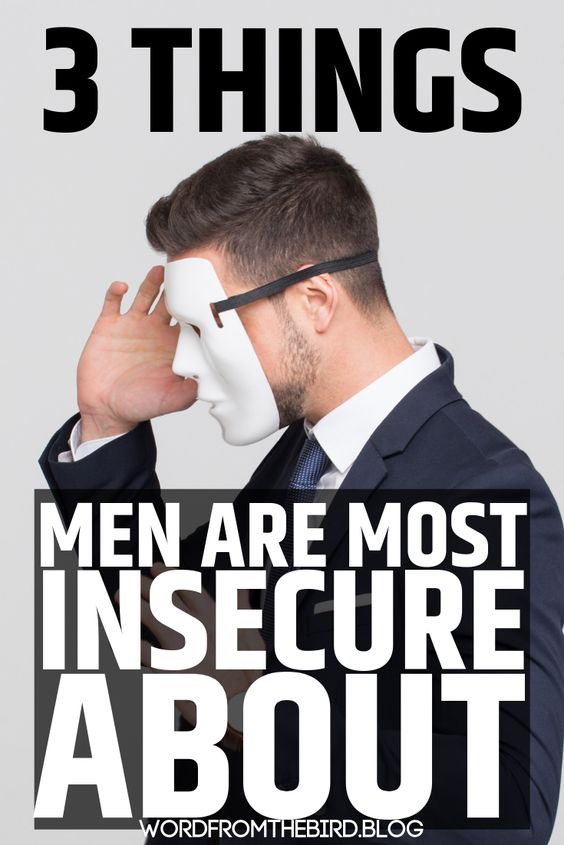 What makes a guy feel insecure?

Why men aren’t open about their insecurities

Not only is it important for us ladies to have knowledge of these insecurities so that we can better understand our men, but it will also help guide us in our unintentional or unseen negative reactions to their insecurities.

In the same way, we desire for our spouse’s to both understand and accept us, despite our insecurities.

Now before I get into what a man’s insecurities are, let’s go back to the very beginning of humankind and talk about why men have insecurities and why they aren’t transparent about it—Adam and Eve.

ere is one key point form the story that I would like to talk about.

Where was Adam at the moment that Eve ate of the fruit?

Some say that he was away, but if you actually read the passage and not assume, you will see that he was there, standing idly by, not protecting Eve by passively allowing her to make a giant mess of everything.

Imagine how he felt the moment he realized he could have done something to stop her.

From the very beginning we see that men struggle with passivity—which is the opposite of how God created them to be. They were created to protect, love, and cherish—to be present; take action and responsibility for themselves and their families. But look around in todays culture.

Are men doing this? In many cases, no.

Because of the precedent set by the first Adam when he sinned—instead of men being who they were created to be, (provider, protector) they have and always will struggle with standing idly by, even when their heart’s desire is opposing to that.

Just like our desire is to not be a nag, negative Nancy of a wife, we still do it, even when our intentions are to “help” in response to their passiveness.

If we look at everything from the perspective of the very first sin of Adam, we can understand more about why men struggle with what they struggle with.

As a woman; as a wife, you might be asking yourself a similar question to “Where’s Adam?”

These are very common questions we ask ourselves in our relationships. It’s all too common, and it’s all too devastating for marriages, mostly because either party in the relationships isn’t willing to have grace for the other’s insecurities or struggles.

If our men are up against this struggle of not showing up or being passive, then what should we do about it? Can we do something about it?

Let me ask you this.

Does your husband play a key role in how you feel about yourself or what your insecurities are? Of course!

Let’s look at how men are insecure, based on what was ingrained in their very DNA since the beginning — passivity. Because of passivity, it’s very hard to determine what exactly men are insecure about. With passivity, comes SILENCE — which makes it very hard for us to really know men on a deeper level.

He is insecure about his failures

Not all men are the same, but one thing that rings true in just about every man—and every human for that matter—is the desire to succeed.

Whether that’s his job, his family, his hobbies; a man will deem himself a failure at the very hint of not succeeding in his own eyes.

This insecurity is especially prevalent in men who’s relationships with their father was one of performance on his side, and a lack of a praise response from their father.

So, if your man had or still has a rocky relationship with his dad, you can bet that his fear of failure is a common insecurity that he struggles with.

Statistics say that most men, when they walk out the door for work in the morning, hope that no one figures out what a huge failure they are. This is what they think about themselves, but you would never know it!

What can you do about it?

I believe that if you really want change in your life or relationships, it’s going to take action on your part. Obviously you aren’t responsible for your partner’s struggle, but what you are responsible for is your reaction to it.

What is the opposite of criticism? Praise. Whether or not your husband struggles with this insecurity of failure, it’s vital that the lies he might be believing about himself, are replaced with truth.

It is indeed true, that alongside every great man, is a great woman. Praise your husband for the little things, the big things, and everything in between. He will soar if he knows that his woman looks up to him, and doesn’t see him as the failure that he sees himself as.

Help him to see who God has created him to be, and not condemn him for who he wasn’t.

He is insecure about what you think of him. He needs your approval.

Along with the fear of failure, your man cares what you think of him, even if he doesn’t let it on.

What you can do about it

I feel as thought I’m stating the obvious here. Let him know what you think. Tell him how much you admire him, or think he’s attractive.

Men also need to hear these things, just like us. Tell him you’re proud of him, that he did a good job, that he’s a good dad, that he looks nice with his hair that way.

Be specific, and speak truth to him to combat the lies he might be believing. No one else sees him the way you do, so you are the only one he will hear from when it comes to the details of his character and outward appearance.

He is insecure about his emotions

Unfortunately, when does culture and society give men any freedom to express their feelings without seeming weak or too emotional? It’s not that society doesn’t ‘“allow” them, but rather portrays them all as overtly macho, passive, irresponsible, or perverted.

Somehow men have taken from this that it is uncommon or abnormal that they express their feelings.

Along with passivity ingrained into a man’s DNA, and cultures portrayal of them, they are set up for failure when it comes to being transparent of what’s going on in their hearts. Even spiritual leaders and pastors have failed to speak truth on this matter within the culture.

As you can see, if we look at what the Bible says about being a man—a good man at that—it is far from hiding your emotions.

So the next time your husband seems a little insecure about telling you how he feels, just show him all of the Psalms that portray a man; a king who expresses how he feels with every bone in his body.

You’re not responsible for their insecurities or struggles—that’s something that they will ultimately have to face, and is between them and God.

But you can help with pointing them to who they were created to be. To help them see themselves through God’s eyes, as well as yours. They can’t read our minds, and even if they don’t ask for praise, they need it!

Please share your comments with me and the article if you wish.

Taxi driver who returned the R700,00 he found at the back of his car seat get rewarded with this.

Man celebrates life without a girlfriend, reveals how being single helped him save money

When it rains it pours: Meike Maputla; Skeem Saam [Opinion]

The Zimbabweans' quest for permanent residency in South Africa