By RoyaltyPLC (self media writer) | 1 month ago

Deja Haugabook, an 18-year-old woman who married her 61-year-old Godfather, Michael Haugabook, has made a video imploring anyone who calls her husband a predator to mind their own business since he is hers, not theirs. 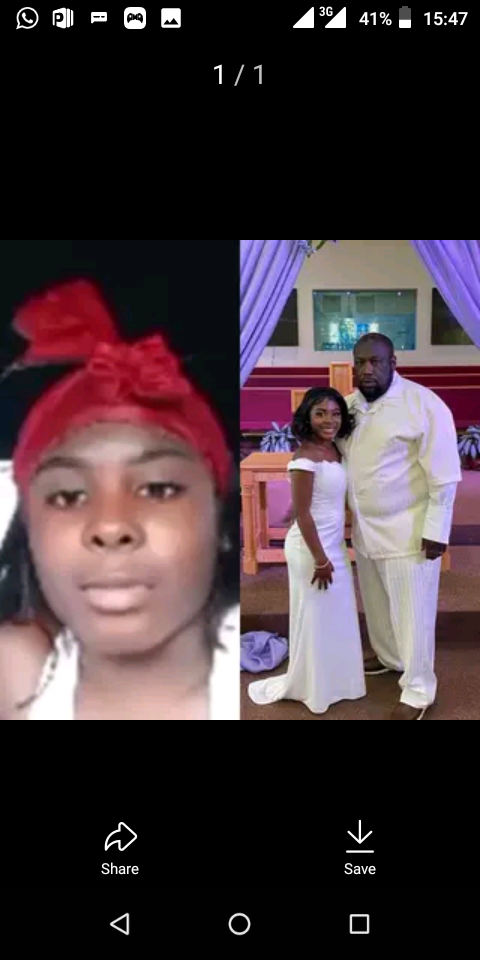 She explained that, although being just 18, she has matured and that she chose to marry an older man since younger men don't know what they want and go from one woman to the next. She informed them that they are envious and that the majority of them, at the age of 18, are still living with their moms.

Deja has a one-year-old daughter and is also answerable for Michael's three children, giving her a total of four children at the age of 18. Michael Haugabook was Deja's mother's ex-boyfriend. Her daughter is now married to the same man she dated in the past. In a video, she expressed her feelings over her daughter's marriage to her Godfather.

What do you have to say concerning this matter? You can leave your thoughts and expressions in the comments section below. Thanks for taking the time to read this article.

Chiefs Thinks They Are Bigger Than The PSL - OPINION

Going to the bathroom at night? Avoid going with these tips

MacG hits Back at Minnie Dlamini-Jones and all his Haters

HIV/AIDs: 4 Signs To Look Out For Within 2 Weeks Of Contracting The Virus

30 funny wedding pictures that will make you laugh