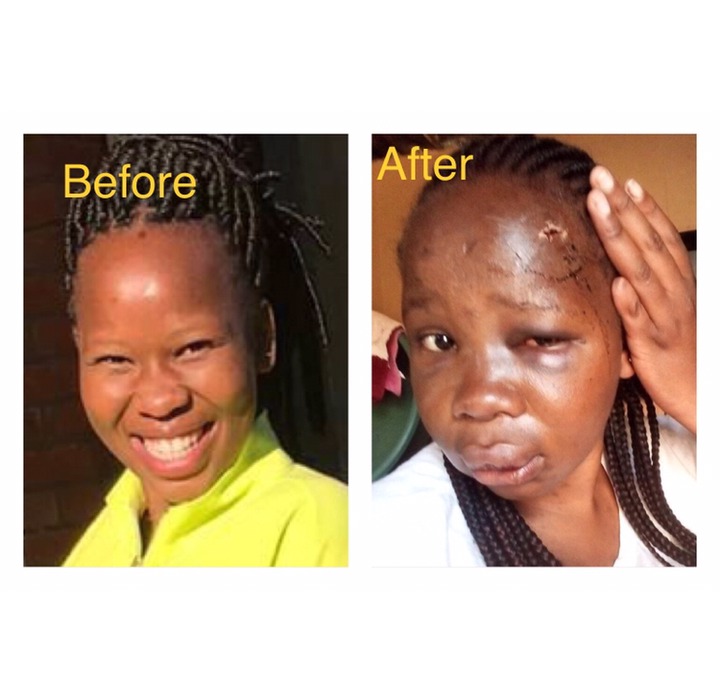 A 24 year old young lady from Cofimvaba is left bruised and scarred after being brutally battered by the man who claimed to Love him. It is sad that after so many deaths of women in South Africa, men still continue to make women their punchbags.

Siiyasaanga Ngqwane went to a Mdantsane (East London) Facebook group called “Mdantsane United Against Crime” to tell a frightful story of how his boyfriend Thandile Tadz Lekoro allegedly beat her to a pulp at a local tavern on Sunday. 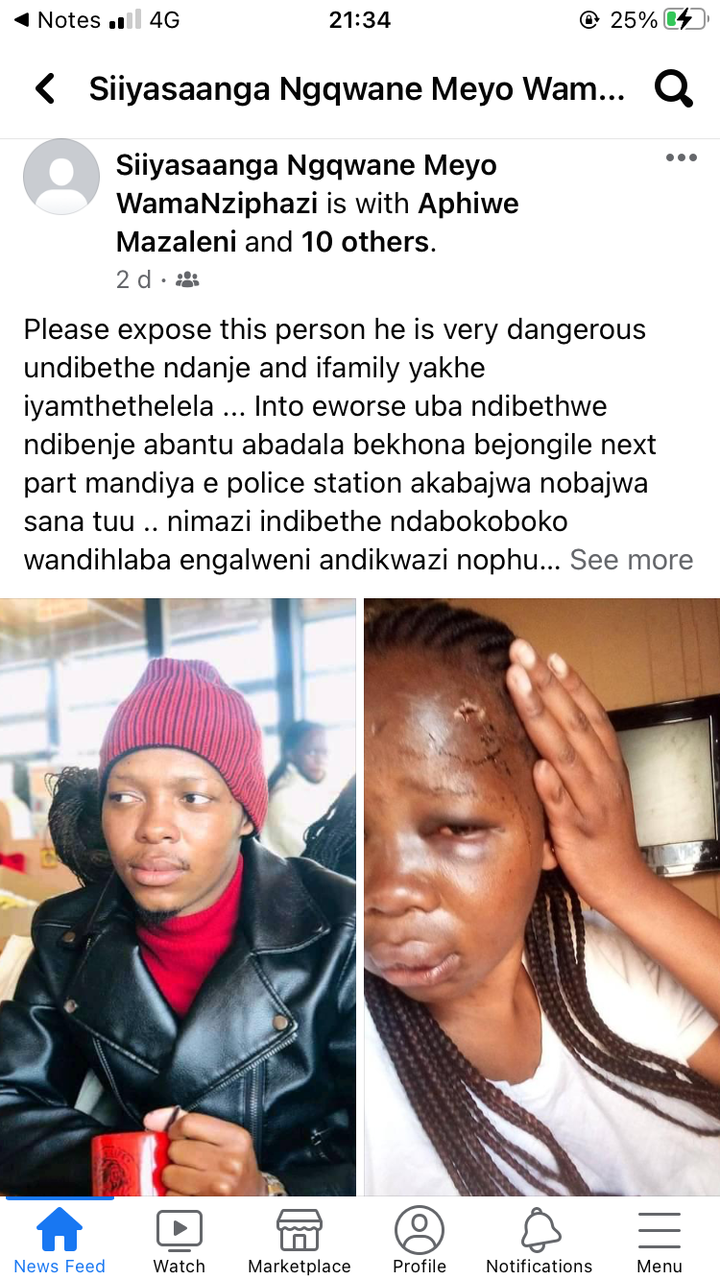 Ngqwane says all hell broke loose after she asked Lekoro to accompany her to the toilets. Because she feared more drama would unfold, she asked him to acompany her to his home so she would sleep. She couldn’t go home because she was visiting Lekoro in Mdantsane but she is originally from Cofimvaba but currently studies in King William’s Town. 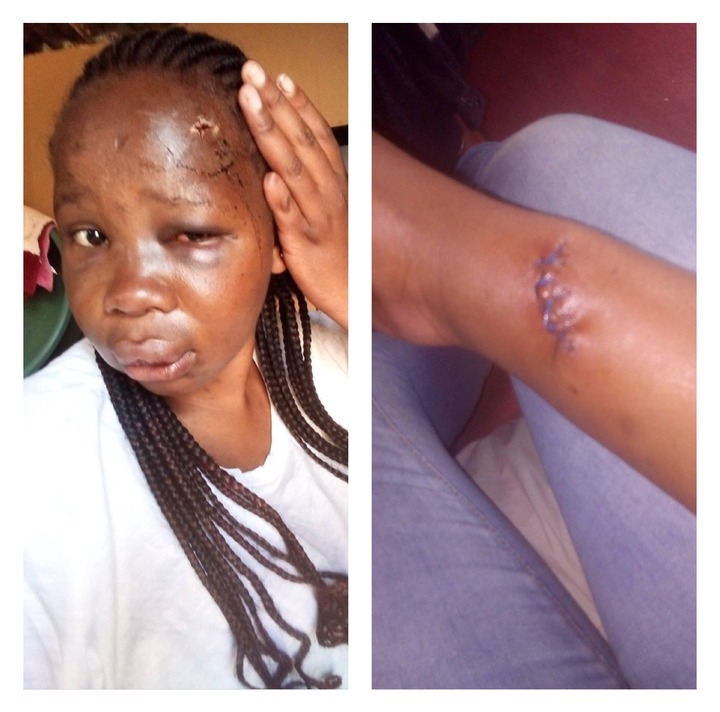 When they got to the man’s home the n man proceeded to beat her up. Instead of intervening, Lekoro’s mother said Lekoro shouldn’t bring a pr*st*tute to her house. But how could a woman watch another woman being beaten and say such vile words and just do nothing about her son’s gruesome act?

On Monday morning (11-10-2021), Ngqwane went to NU1 police station to open a case against Lekoro. Yesterday (15-10-2021) the police went to arrest Lekoro, but the detective who’s on the case said Lekoro would appear in court on the 16th of October to get the date for his release as he will continue with the case from outside.

Siiyasaanga says she fears for her life because she doesn’t know what he’ll do next as he almost killed her. She now seeks help on what to do next as a means to stay alive and healthy, away from the hands of her boyfriend. 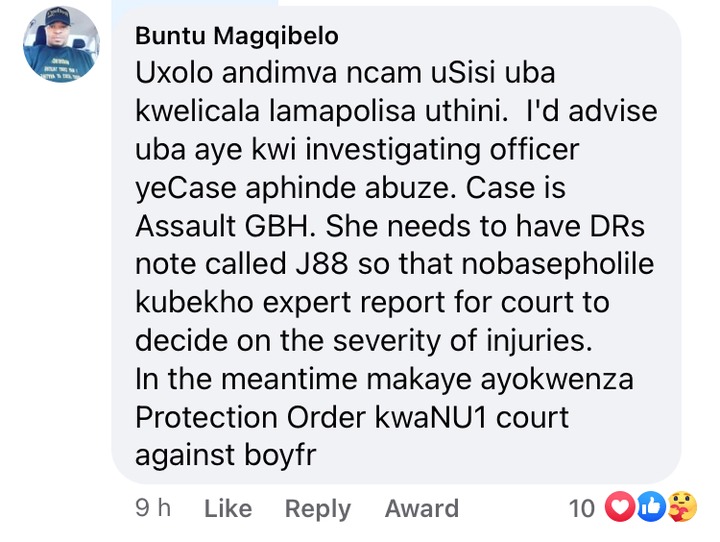 Bantu Magqibelo advised her to get a Dr’s note called the J88 so that there’ll be an expert report even after the injuries have healed, and the court will be able to determine the severity of the injuries. Magqibelo further advises that the victim applies for a protection order against her boyfriend.

Most BLACK PEOPLE Have THIS DOG What BREED Is It? Woman Tweets

Meet Gwede Mantashe all children, The older one looks exactly like him

Premature wrinkles: How to delay their appearance?