What an embarrassment In the streets: An old couple was dismantling each other in front of everyone 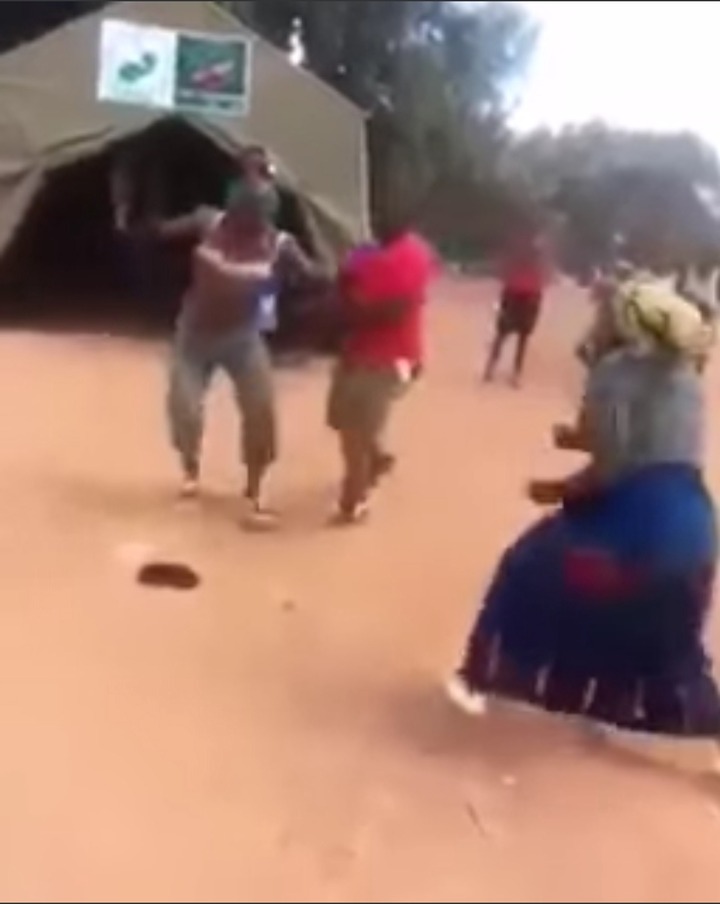 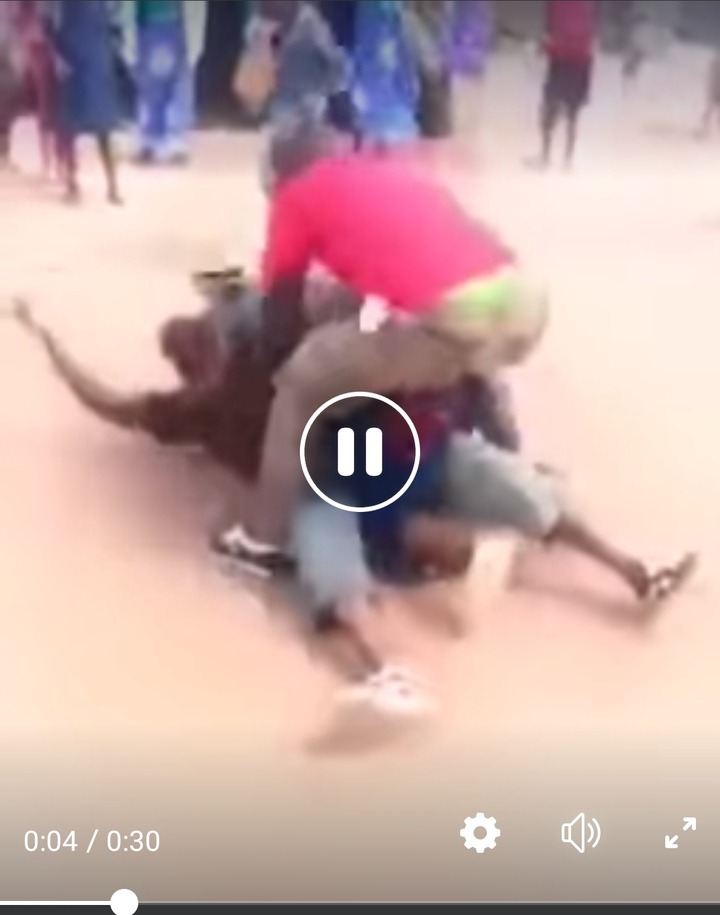 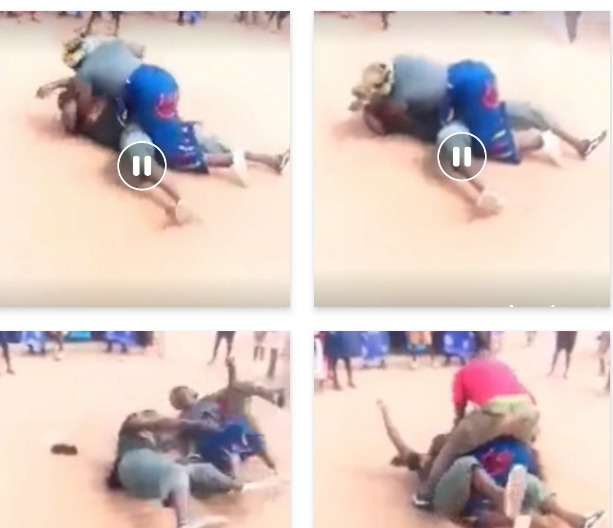 It looks like the wife was in control as you can see that she was the one who was on top dismantling that man, giving him the test of his medicine, but to my surprise it looks like this man was wearing a bra for ladies.

I don't know what was the meaning of all that, these two couples are fighting and they are not a young couple. It looks like a couple that has past their 50s, and they are doing this in front of everybody, showing the young couple that this is how we solve our issues in marriage. What a misleading drama this was?

It is a very bad example for the young people that are watching them because, young people that have got similar problems they think that a man should be beaten, or a wife should be beaten. Even if they can do that, but why they didn't wait to get home first, and then they can discipline each other, iff that's what they believe in that, they should fix their problems through fists.

Everyone now we'll be talking about this kind of embarrassment. You see the wife is on top of the man, she is beating him I don't know their disputing is over what, but the man is shouting for help, and the third man comes to help him. The way that this woman falls on top of this guy who came to separate this fight, it was awkward to a point that the husband now had to take off his shirt trying to fight the guy.

It is just that he was trying by all means to stop the, but because his wife has fallen on top of this guy, as he is trying to help, now the helper is the enemy. The other funny thing is that, people saw him after he took his shirt, I mean the husband, he was wearing a bra and people are confused. How can such an old man wear a bra. Now you can just see that there's no direction in this house, it is that kind of a couple don't know where they're going.

Maybe from the beginning of everything their are marriage or their union was just a joke. Imagine such an old man wearing like that, no wonder this woman is beating him, he has got the mentality of a child. He has got the mentality of a woman, no wonder this woman is also in control of this house, or this relationship, because there is no man. This man looks like someone who suffers a psychological problem, but still is gender-based violence, when will it end.