“Where Is Your Husband, And Why All These Romance With Your Father” — People Ask Duduzile

Many South Africans have been expressing frustrations on Twitter as Duduzile Zuma keep posting different pictures of she and her father forcing people to ask her about her husband's where about. It all began after as usual, Duduzile posted about some enchanting moments she and her father had with some special visitors today, and someone out of curiosity asked her, “Dudu where is your Husband? Did you make him dinner to eat ?”. Many people have been asking her why she chose to whirl away her life in Nkandla with her father instead of building her own home with her husband. 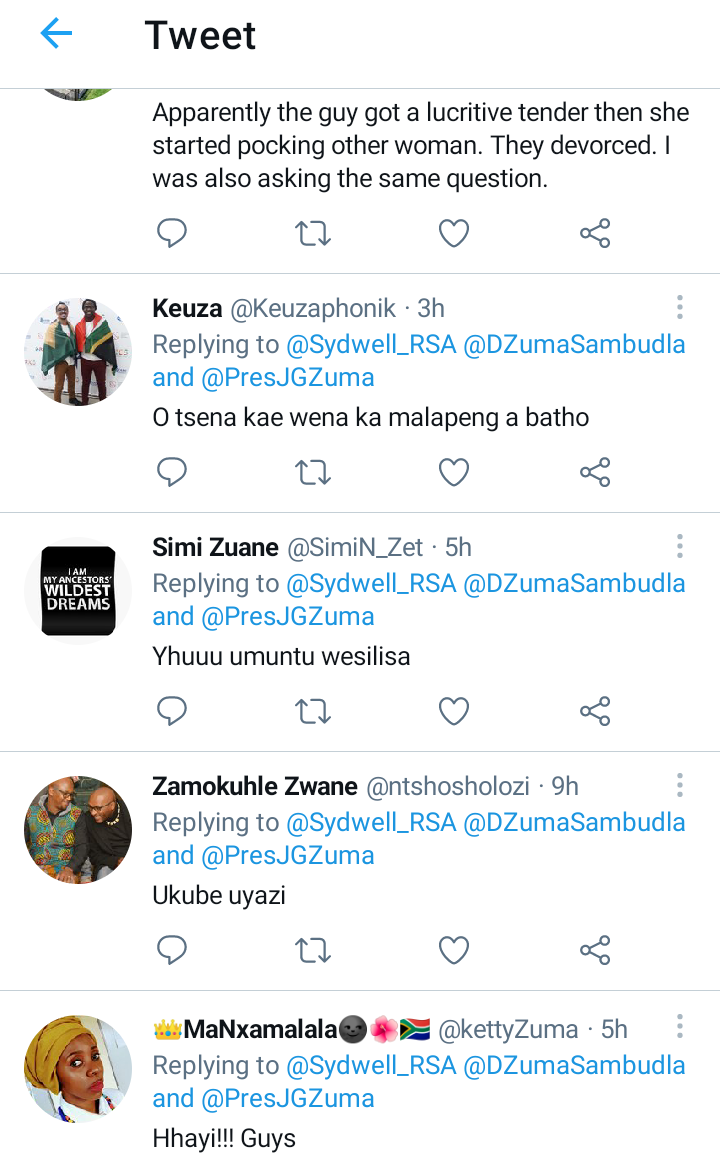 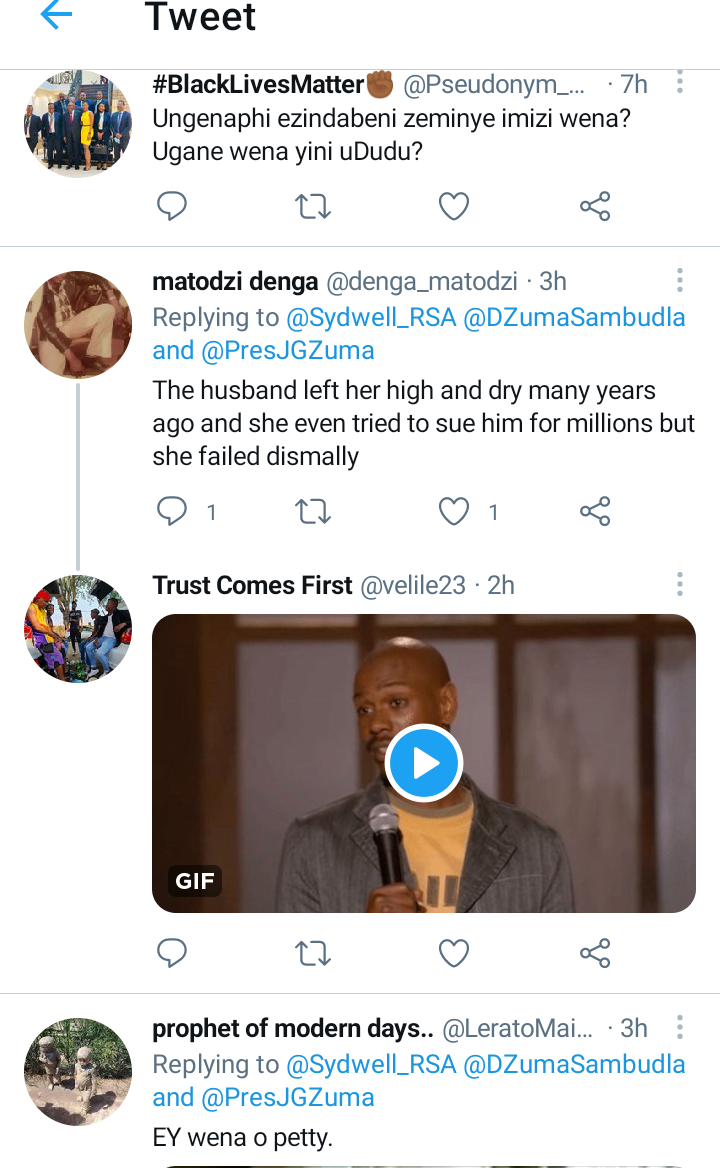 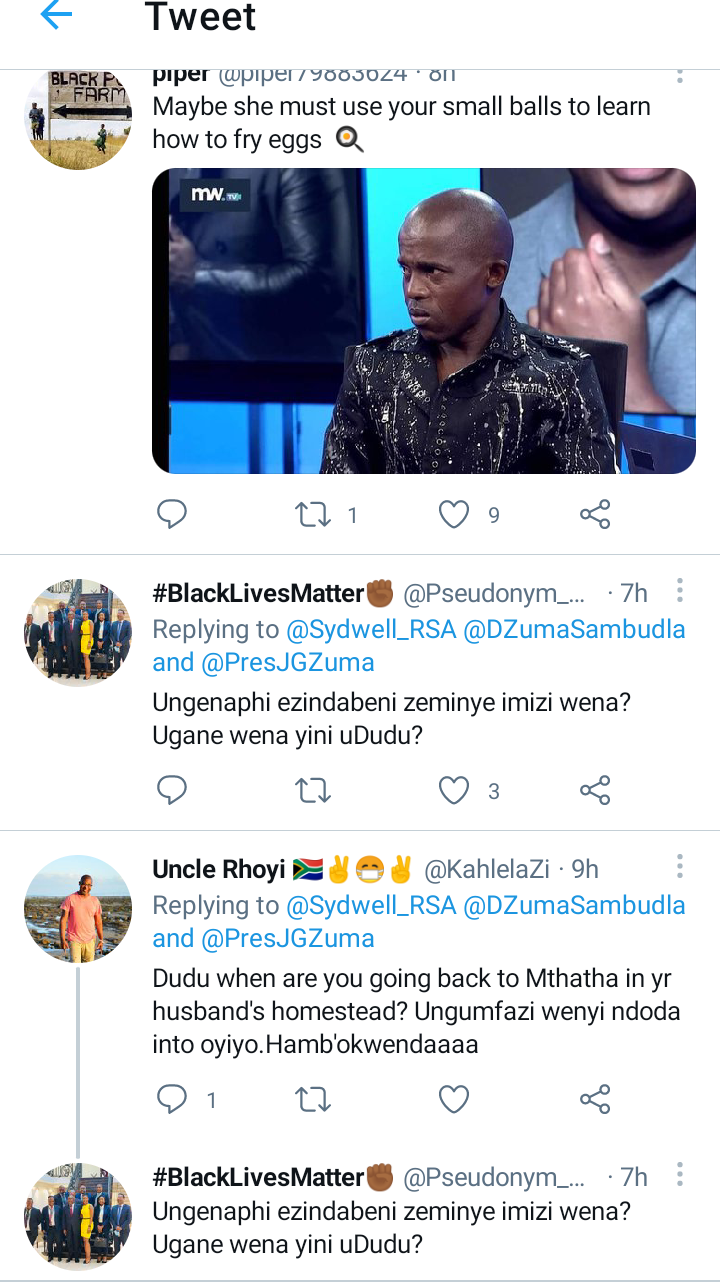 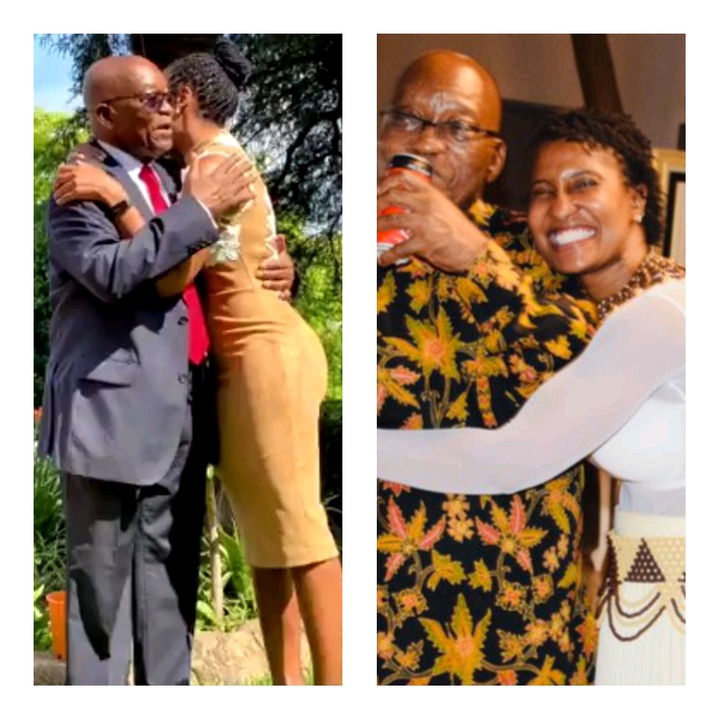 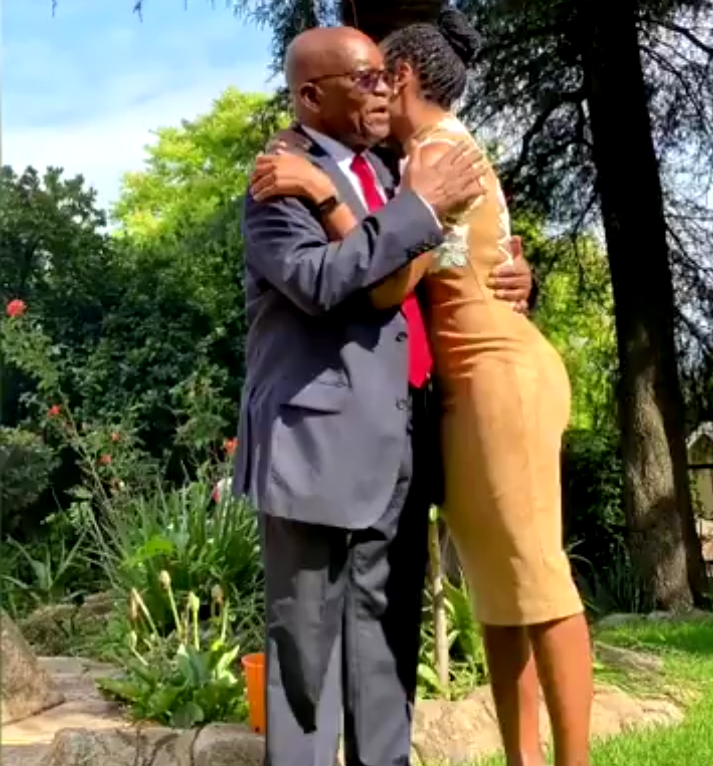 Recall also that several people lashed out at her just few weeks ago, after she swore to defend her father and fight president Cyril Ramaphosa till he publishes the controversial CR17 bank statements. People cautioned her that President Cyril Ramaphosa also has daughters, but they are busy with their lives, and you wouldn't see them meddling in the political affairs of their father, neither will you see them in the press attacking their father's political rivals, but they are so mindful of their utterances and seldom speak to the media. 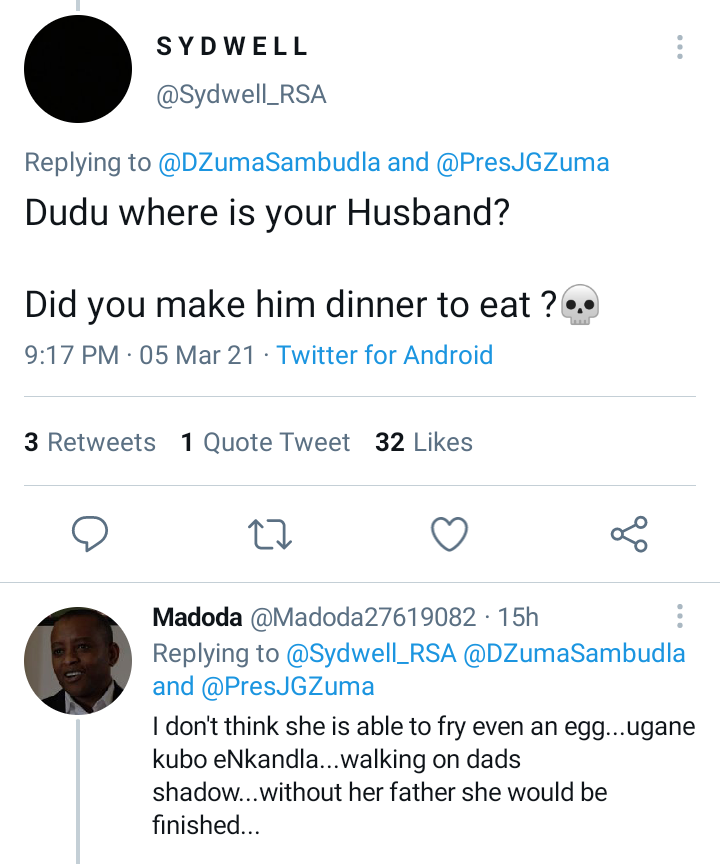 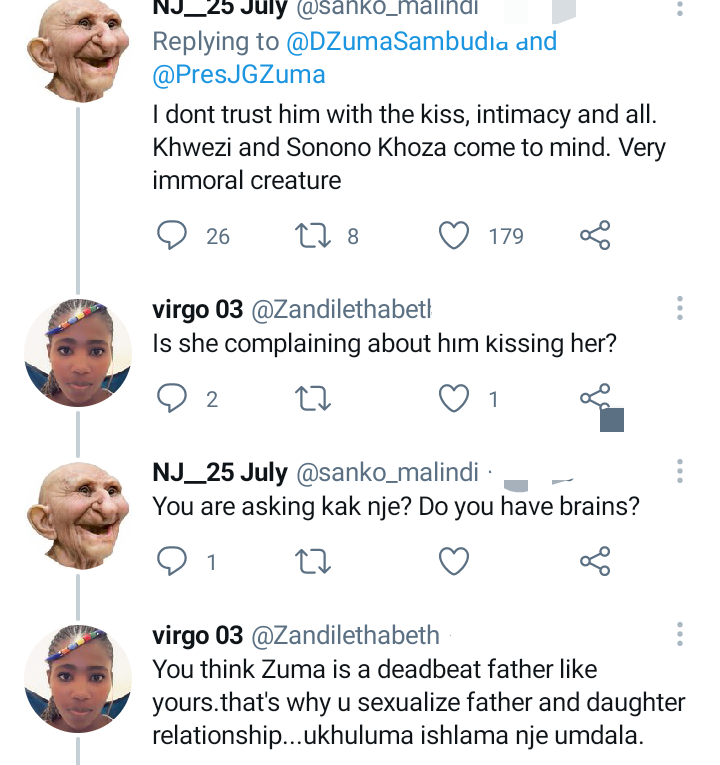 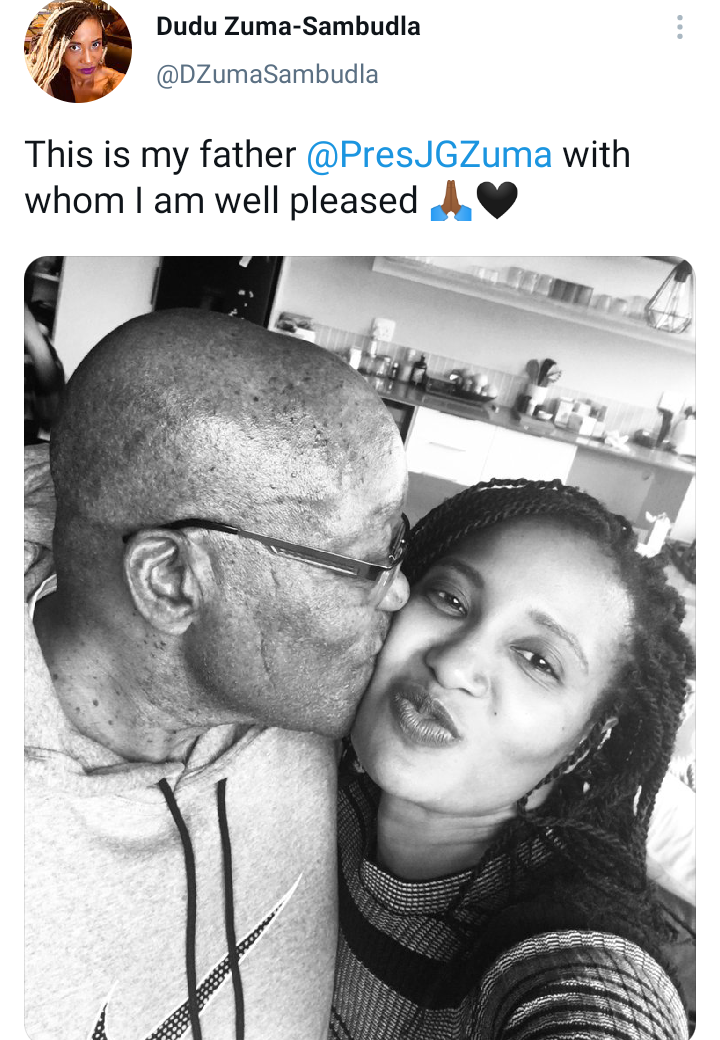 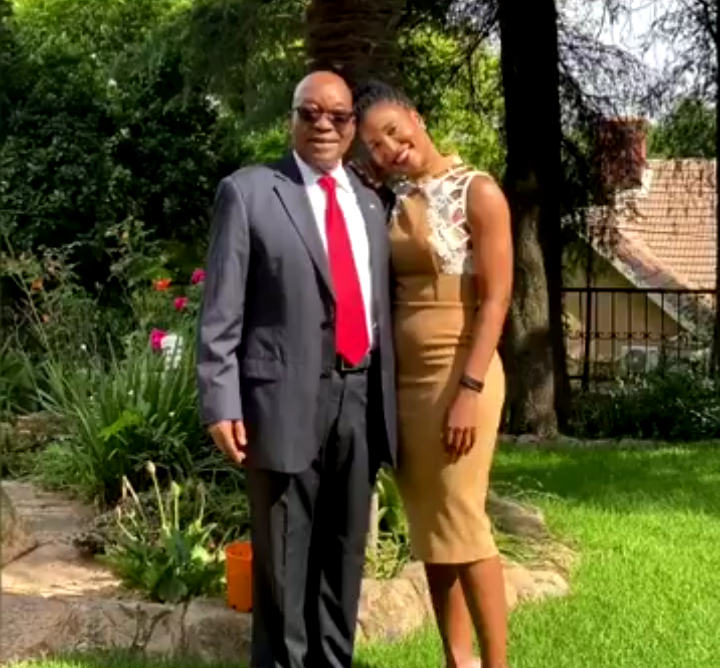 They advise Duduzile Zuma to imbibe that kind of culture, instead of attacking President Cyril Ramaphosa every day in the media, when she and Ramaphosa have no business together. Today, they are also lashing at her that instead of showering her father with love and kisses, she should shower it on her husband, asking her to go build her family and let her father mind his life. Someone even advises her that serving tea is not a job, neither s profession, as he advised her to build a lasting legacy rather than to be remembered as a tea server. Someone even mocked that she couldn't fry an egg, “I don't think she is able to fry even an egg...ugane kubo eNkandla...walking on dads shadow...without her father she would be finished...” else she would be with her husband and not her father. 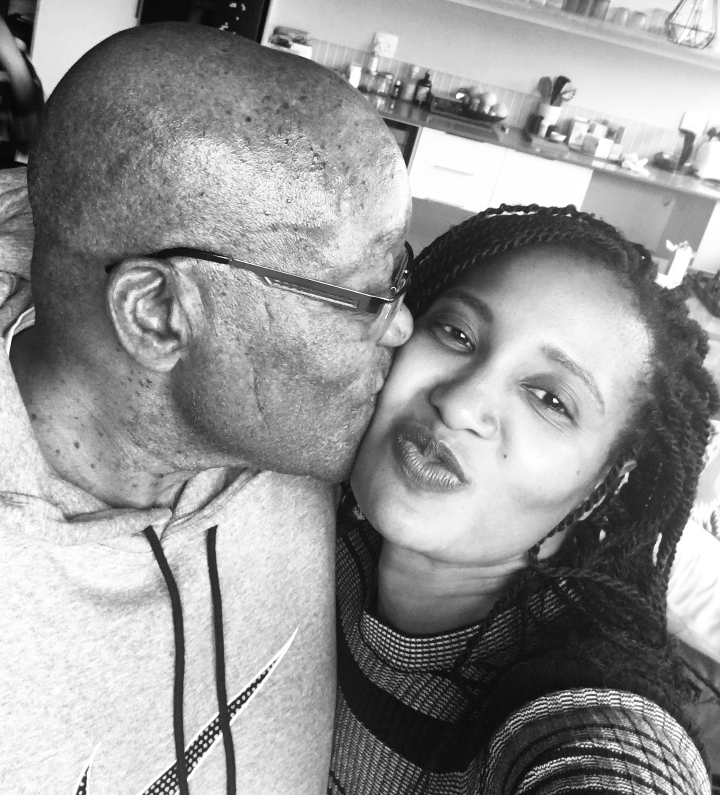 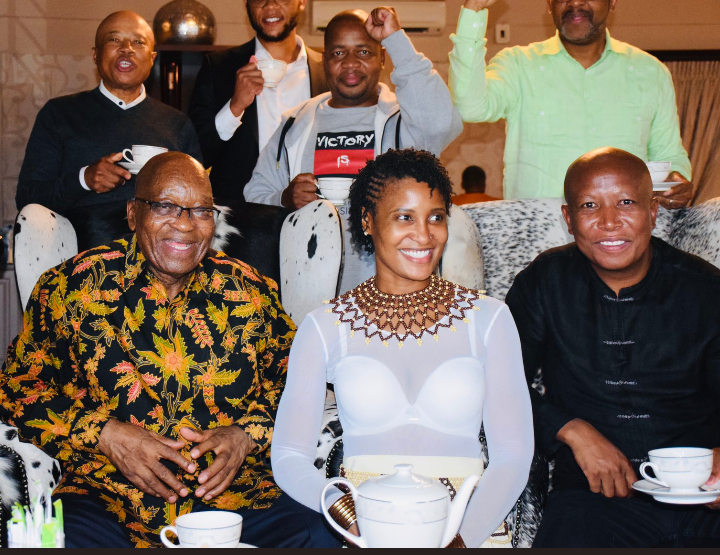 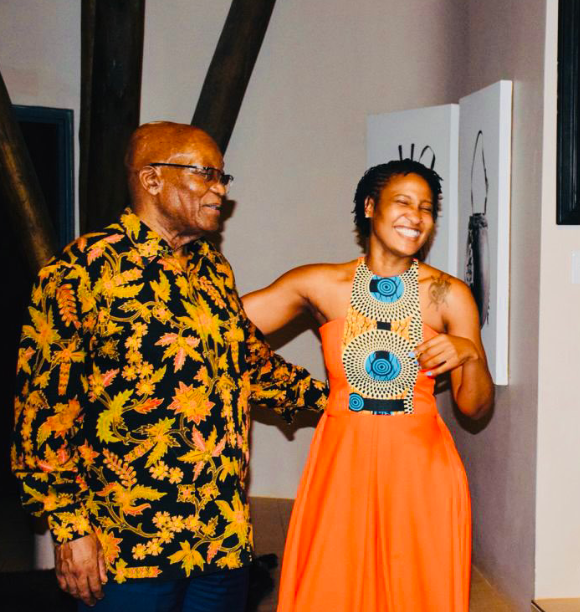 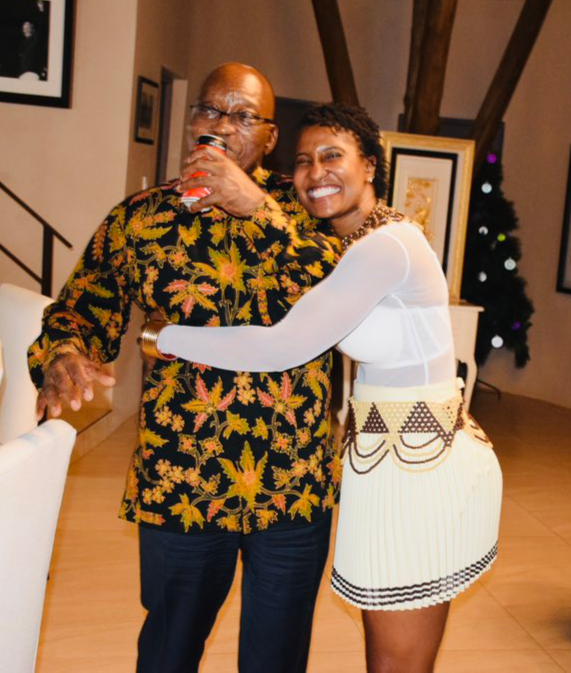 Duduzile is fond of posting different pictures of she and her father playing and doing some kind of childish things on social media. She once said that her primary responsibility is to take care of her father and defend him. People were quick to ask her whose primary responsibility it was to defend her husband and children. More recently, she had dragged more media attention to herself more than any other children of ex-president, Jacob Zuma. However, the children of President Cyril Ramaphosa on the other hand seldom mingle in the political affairs of their father. Some South Africans do not know some children of Ramaphosa, because they are very cautious of the media.

Traditional Healer Causes A Frenzy On Social Media With This One Picture.

'See What These Girls Were Seen Wearing That Got People Talking

What Lufuno Muvhanga's Brother Said About Her Suicide Note Might Suprise You.