In Part 2 of the reunion, the husbands and sister-wives did not hold back. Will any of these relationships survive the challenges of polygamy? 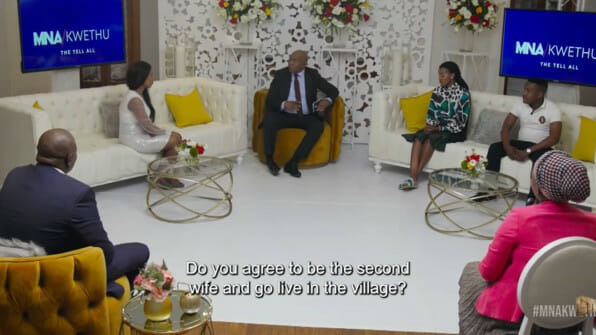 All the men who appeared on Mnakwethu S2 had high hopes about introducing another woman into their marriage. But from the outside, it looks like all polygamy has brought these men is chaos, stress, and unhappy sister-wives.

Continuing from the previous episode, MaMthombeni is still very upset that MaKhumalo sleeps in her bed when she is not around. And we all know that this is because of Mchunu (the husband). Mchunu allows this disrespect to happen. This makes matters worse because MaMthombeni hasn’t accepted MaKhumalo as the second wife.

Mchunu confesses to sneaking MaKhumalo into MaMthombeni’s bed and acknowledges that this is wrong. He apologizes for his actions. MaKhumalo follows suit and also apologizes to MaMthombeni for sleeping in her bed. 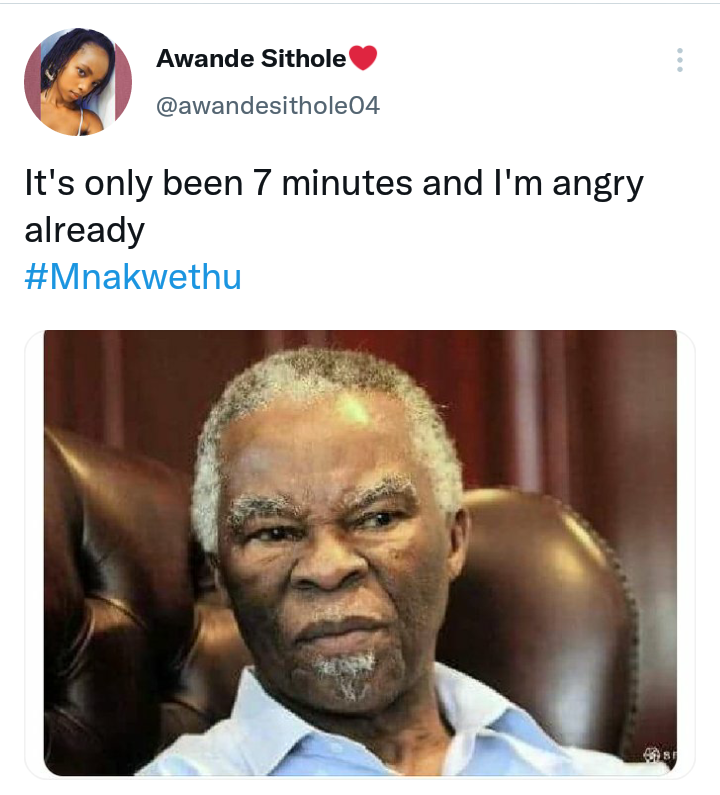 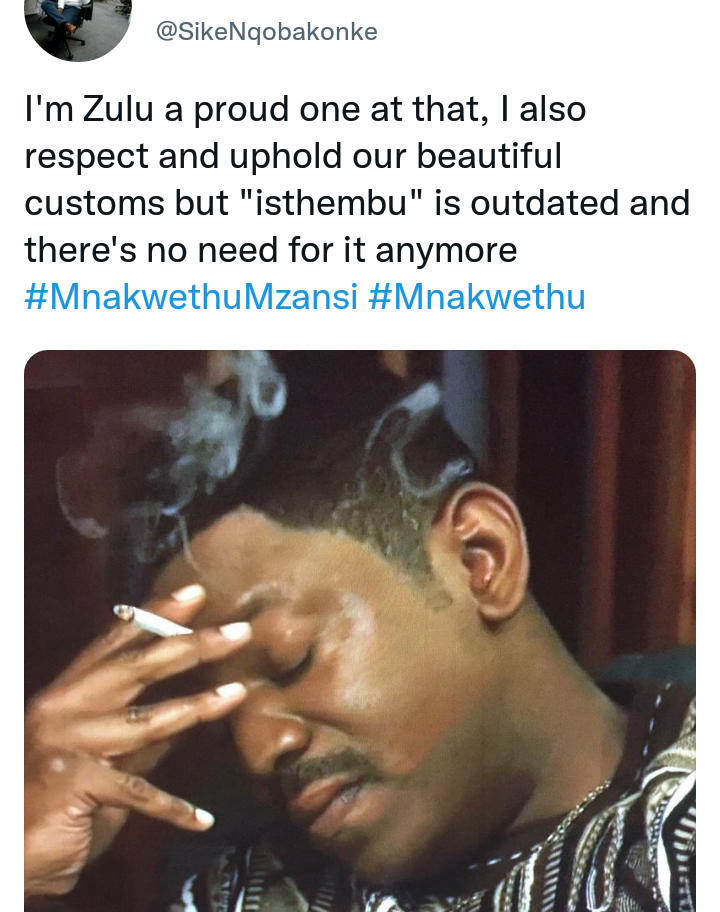 After the apologies, MaMthombeni is asked if she now accepts MaKhumalo as the second wife, to which she replies, “No way”.

MaMthombeni admits that she doesn’t want MaKhumalo in their family. MaKhumalo reveals that she and Mchunu broke up before MaMthombeni came into the picture. Although she doesn’t reveal why they broke up, we suspect it is because of MaMthombeni. MaMthombeni shares that she thinks it is ridiculous how MaKhumalo can come back into their lives as though nothing happened.

Pointing at Mchunu she says, “This is not a car that you would leave at the parking lot in King Shaka… go to Dubai then come back to find it in the same spot waiting for you. This is a person.”

Yikes! It’s clear that MaMthombeni is still angry and hurt about this entire set-up.

After being backed into a corner about breaking Mchunu and MaMthombeni’s happy home, MaKhumalo decides to stand up for herself and opens up about MaMthombeni and Mchunu’s relationship. MaKhumalo insinuates that Mchunu actually cheated on her with MaMthombeni and not the other way around.

In an attempt to save his skin, Mchunu explains that he didn’t cheat on either but rather moved onto MaMthombeni when he and MaKhumalo weren’t seeing eye to eye.

“I started looking for love elsewhere because realized that MaKhumalo and I were at constant loggerheads”, Mchunu replies. “So, in 2018 I was no longer with MaKhumalo. She wasn’t even visiting me any more and as a man, I have needs. That’s why I moved to MaMthombeni.” 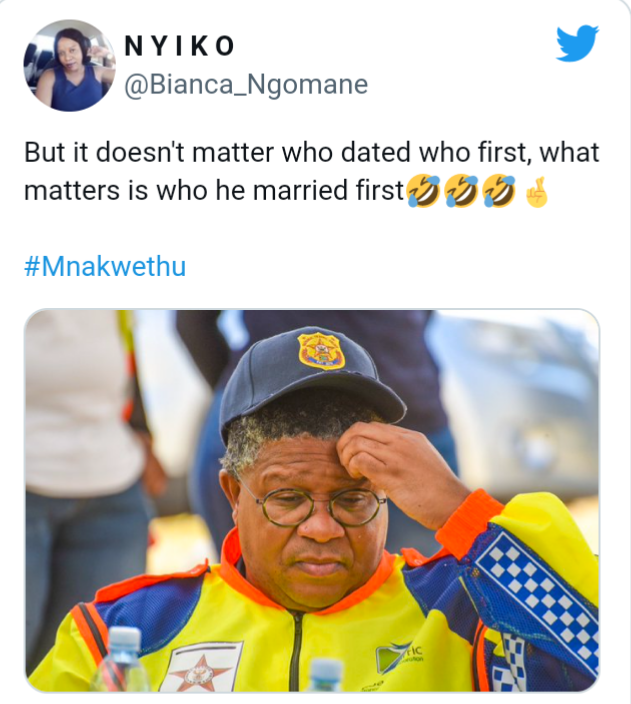 MaCele and MaMkhize are Dludla’s wives and he has a lot of work to do to ensure that both his wives are happy: tasks he is dismally failing at, by the looks of things.

MaMkhize agrees with that and admits that things are not going well because MaCele doesn’t like her. MaMkhize says that MaCele calls her and warns MaMkhize to stay away from her man.

During the conversation, Dludla admits to picking young women as his brides because he wants to be respected and he thinks that women his age will disrespect him.

Dludla continues to say that the women in front of him pretend to be good people, but they have done some heart-breaking things as well.

MaCele took Dludla’s phone and sent MaMkhize a message, telling her that the relationship between Dludla and MaMkhize is over. Mseleku chimes in and say that this idea of Dludla choosing young women is very wrong. 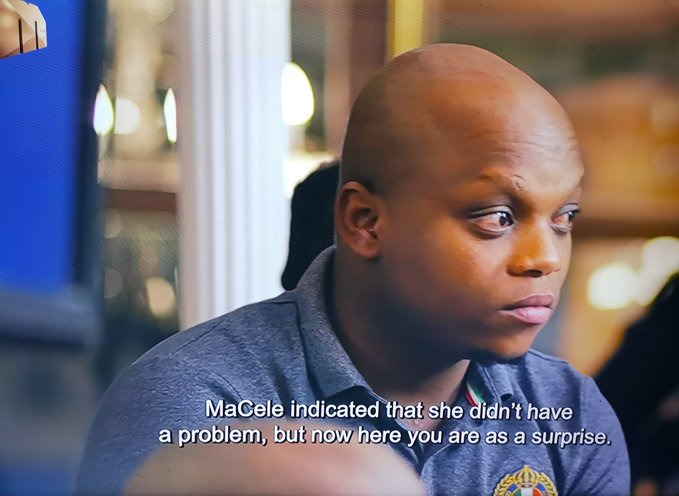 Binge-watch both parts of the reunion of Mnakwethu S2, now streaming on DStv online. All episodes will be available to watch until 26 October 2021.