My Girlfriend Was Raped By An Elderly Man. Boy Sadly Narrates.

So, I had some troubles with my girlfriend, and we didn't speak for about two weeks, during which time a lot of things happened in her life. 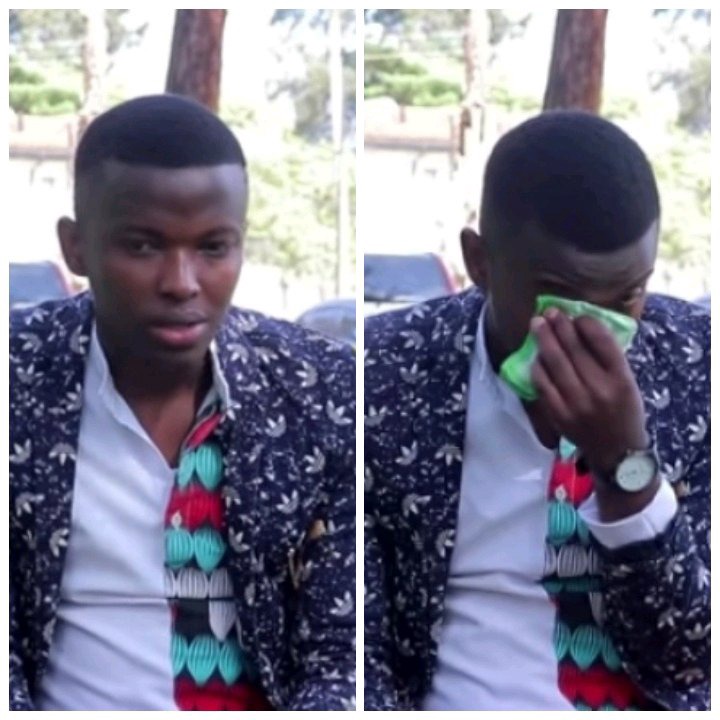 We sat down and proceeded to tell one other about what had happened during our time apart when she began to cry and revealed to me that she had been raped. If she wasn't a virgin, I wouldn't believe her, but she wasn't; I met her as one, and I was her first, so there's no point in her telling me if she wasn't; it was a one-time thing, and I wouldn't notice.

At that time, I felt as if my world had come to a halt for a few moments, I was disoriented, and I needed to find a quiet place to comprehend what I had just heard. Funny thing was, the night of the incident, I had a strange feeling about her and contacted her to see how she was doing; it was around 9:30 p.m., and she was a student at a higher education institution on the mainland, while I was on the island.

After I called her, she picked up the phone and said she'd call me back because she was trying to get a bike to take her where she needed to go, but as soon as she hung up, a man approached her with a knife and threatened to kill her if she didn't give him what he wanted, she offered her phone and everything, but this man was only after sex, according to her, the area was quiet and there was almost no one on the streets, so he dragged

I was disappointed and perplexed; she is the only woman I've ever imagined marrying out of all the women I've met; she checks all the boxes; she claimed it only lasted 5 minutes and she sobbed the entire time, but the man didn't seem to mind. In the night, he was a fat elderly man with a pot belly who wore a nasal mask so she couldn't see his face.

I was furious with her because, first and foremost, I had advised her several times not to move late at night in that neighborhood since it is extremely dangerous; we had been robbed on the same street at 8 p.m., so I'm not sure what had gone through her head to move by almost 10 p.m. She explained that she was working the night shift at the time and that her buddy had invited her to a party.

So she asked for permission to leave, and that's when it happened. Now, those friends of hers are a really harmful influence on her, and I've told her about it for a long time. She claims she doesn't follow them and only hangs out with them in school, but little did I know she went to the bar with them and their boyfriends several times without my knowing. She showed me photos of their outings as well as a rapist's slash in the hand.

I'm so angry, she's been crying and begging me to stop the job, and she agreed. I'm thinking of getting a girl and some guys to disguise themselves and go to the same area late at night to see if the devil will push the bastard to try his lick again, because I swear, I'll put a stick through his anus and into his mouth, because I love this girl so much.

I've read rape stories but never imagined it would happen to me; I've been in countless circumstances where a female has changed her mind about letting me enter her and I've respected that; I'm not sure why this has happened to me; I'm at a loss for what to do; any help would be greatly appreciated.

Modified - for those who think she lied, she brought the doctor's report and the receipt for the testing.