There is a tendency by our generation to turn everything into jokes and when people call us out, we claim that they have a very dry sense of humour. Even more shocking is this generation's need to nullify genuine relationships and relationships in the name of "we never know what happens behind closed doors, they are probably not even truly happy."

A lady who did both is Zintle Diko who quote retweeted the picture of a married man who had a picture of his wife and kids and captioned the post "My wife and kids." It appears that Zintle's retweet- which complimented the husband and asked if he was single by any chance- missed the part where the guy clearly stated that he was married. While this was taken lightly by others and seen as a joke, a few other people found it quite disrespectful while others used her retweet as a platform to insinuate that the couple is probably not happily married and that married men like @Blomzit_Avenue are the type that prey on single women, showing that they are just married for the title and do not really respect their families. 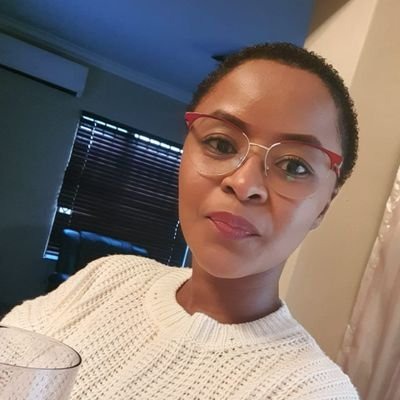 I do admit there is some truth in the claims of some married men preying on single women but my biggest concern is why this gentleman had to be the one whose marriage was used to interrogate men who don't respect their wives. For people to be so bold that they can just disrespect people they don't know for likes is sad. Zintle's post may have been written out of a 'joking' point but the fact that she and some of the women dragged the conversation towards claiming that the couple is probably not even happy does make 'the joke' a distasteful one that had sinister motives apart from fueling laughter.

Distasteful joke of you are ask me. But [then] we do anything for likes and ha ha ha's @OnogwajaOmhle

Shoot your shot wena girl. Maybe he is married but it's nothing serious. https://t.co/xQ3Q2m9iVY 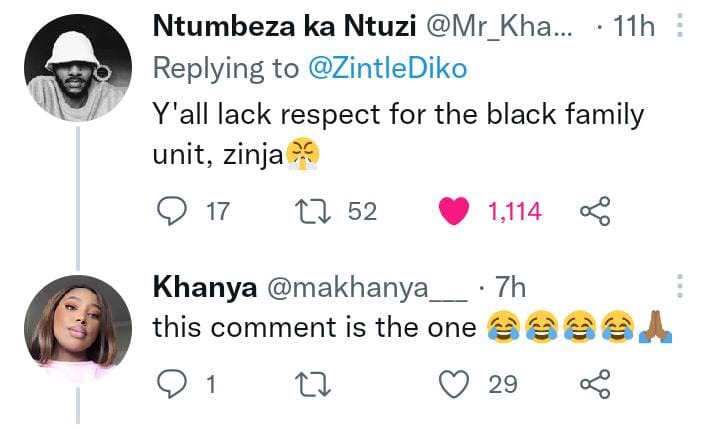 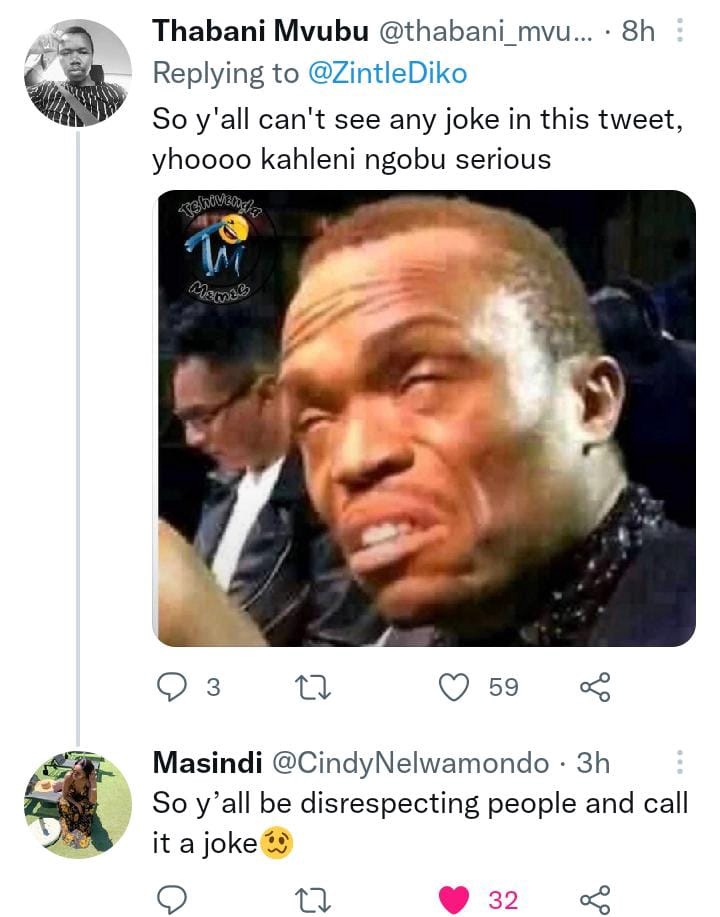 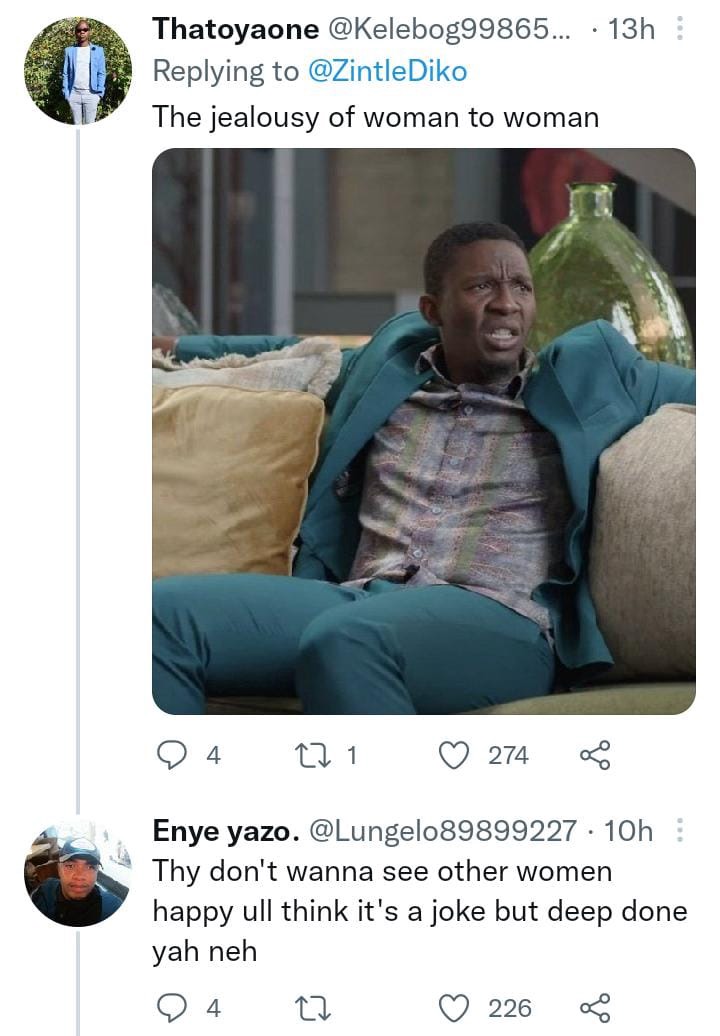 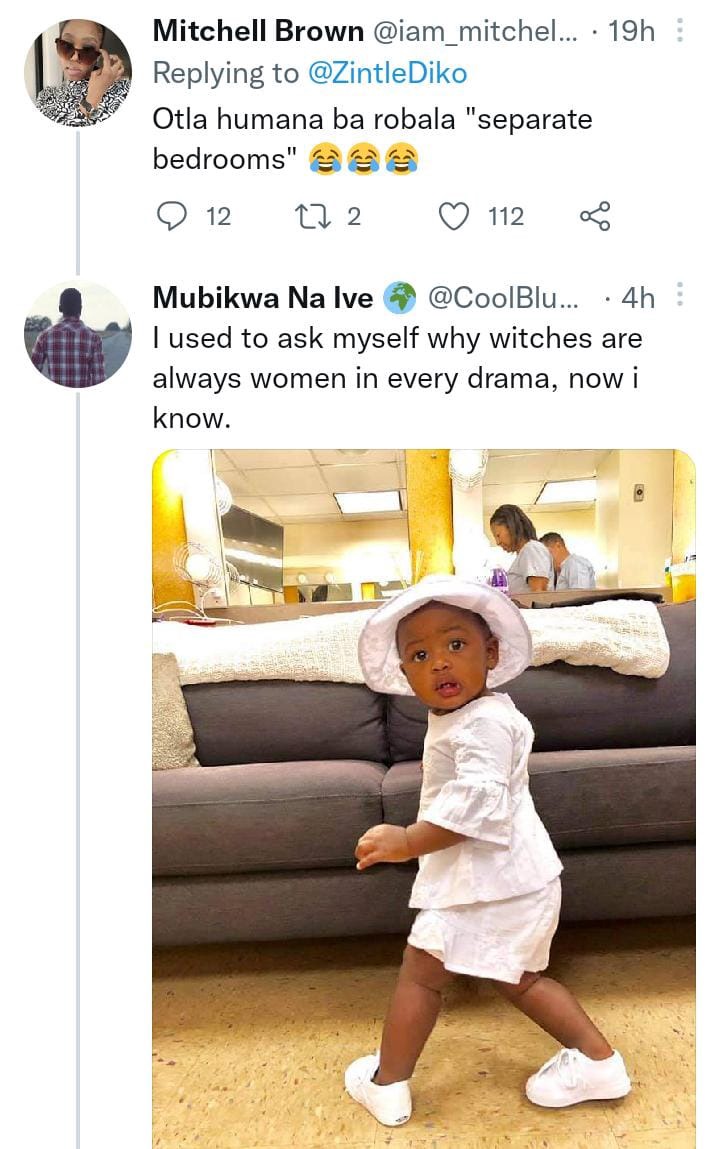 Thoughts? Do you think people are over reacting or the joke really was distasteful?