Nomia Ndlovu claims she had no issues with her lover before to his death.

By Timeline-Threads (self media writer) | 4 months ago 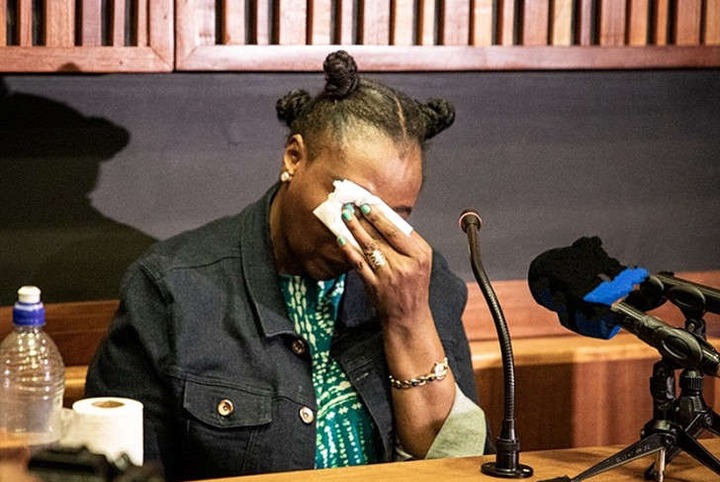 Ndlovu continued her testimony in the Palm Ridge Magistrate Court on 15 September 2021. She is accused of killing several of her family members and boyfriend and plotting the murder of her sister and five kids."/>An emotional Nomia Ndlovu has decided not to take a break from proceedings when she fell into tears when asked questions about her late boyfriend, Maurice Mabasa, before the Johannesburg High Court.

Ndlovu was recounting the events of the day she found out about Mabasa's death. She also insisted that their relationship was fine at the time of his death, despite his claims to the contrary.

According to reports, the former police officer collected almost R400,000 in insurance claims when Mabasa died in 2015.

Ndlovu said that after authorities inspected the corpse and discovered cards, they informed her that the guy found stabbed to death was her lover.

However, her story did not match the one of the police who spoke with her on the day in question, according to the attorneys.

The reason detectives assumed the deceased was her missing boyfriend, Ndlovu claimed, was because Mabasa was a well-known guy with only his initials and surname on the cards.