Everybody loves a love story; when two people meet; fall in love; and hold on to it; they become the "it couple" or "couple goals" that everyone wants to follow and emulate. 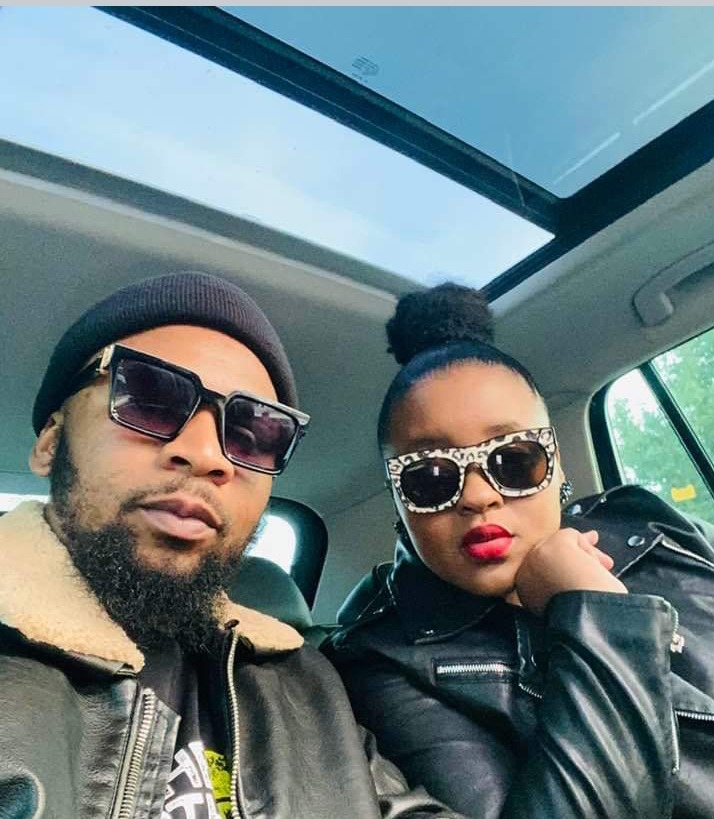 Patricia Tumi Motsoeneng Shange AKA; Gogo Skhotheni; is a modern Sangoma who does things differently; and likes to help her Facebook followers for free. She has received death threats from other Sangomas for dishing out spells online. 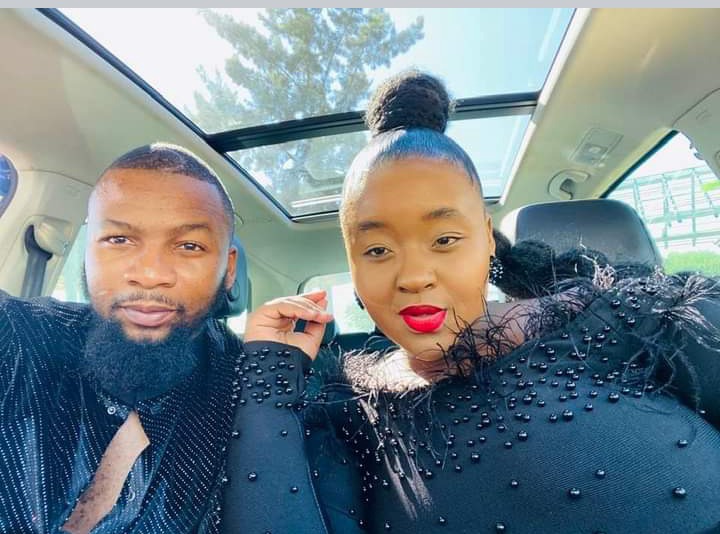 She always says her ancestor is not greedy; she still charges a consultation fee of R15; when most Sangomas charge R100 and upwards. 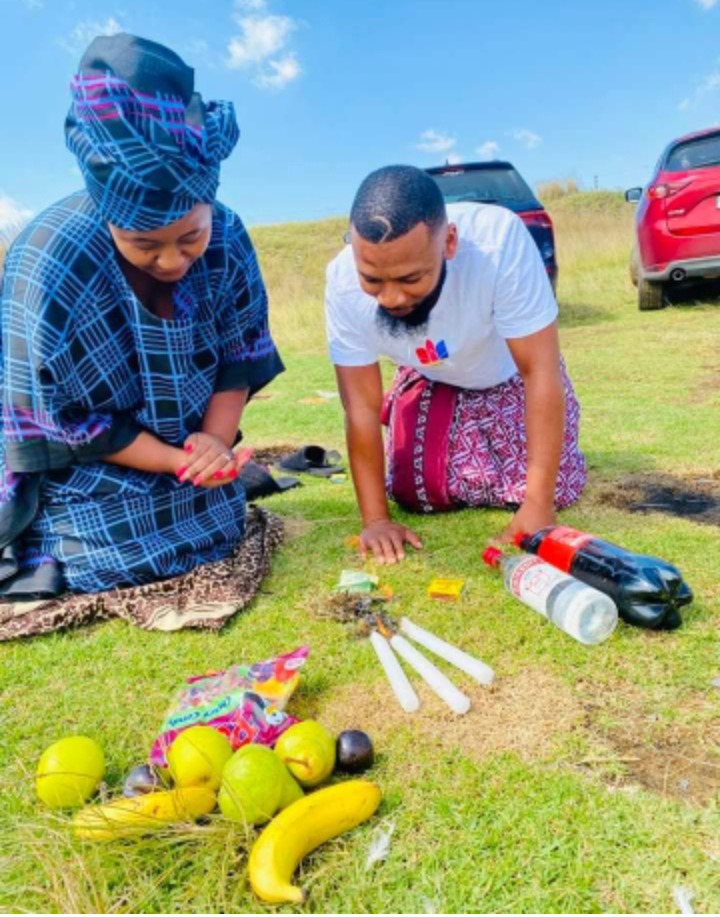 Gogo Skhotheni says her husband; Monde HarrisChamp Shange; approached her via DM on Facebook and asked her to interpret his dream. It turns out there was no dream; he just wanted to catch her attention. 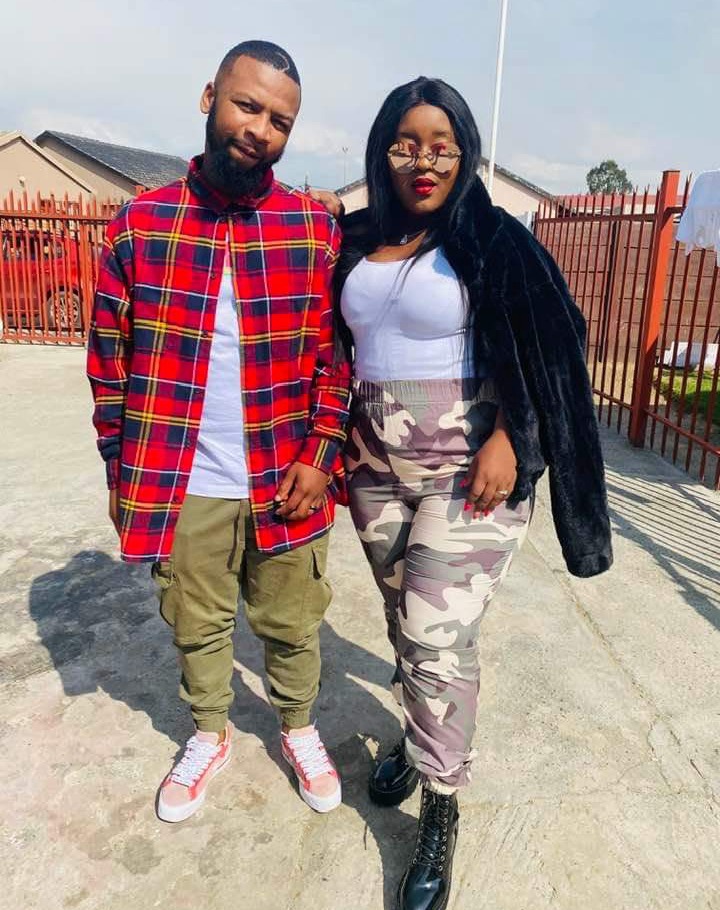 The businessman who had not much at the time promised to marry Skhotheni in three months. When he kept his promise; Skhotheni says; rumours swelled that she had paid her own lobola; because Shange was known to be broke at the time. These rumours hurt her but she never gave up. 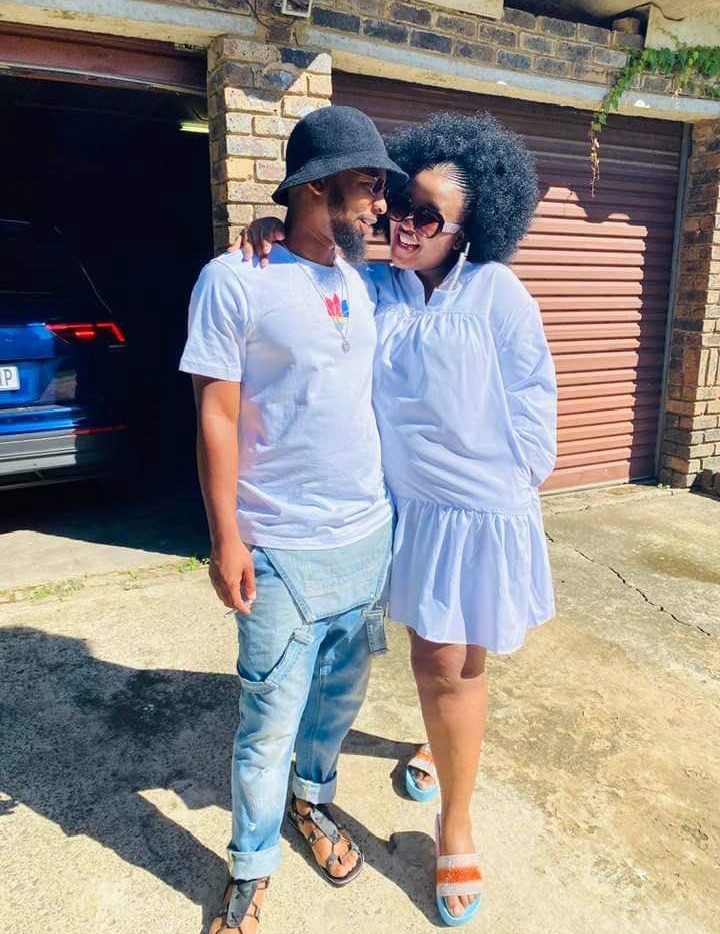 Not one to give up; Skhotheni says; the two of them hustled together spending sleepless nights to achieve their goals. Skhotheni says her husband used to call her the Cassper Nyovest of Sangomas; for her hustling spirit. 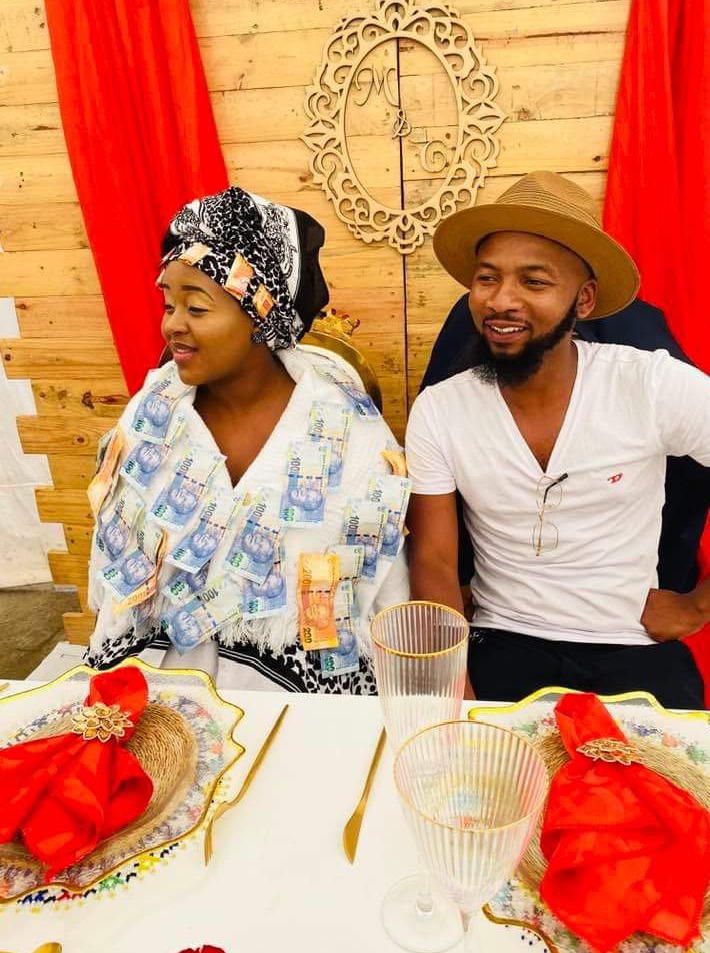 She said people said she had bewitched Shange but he did not care; instead he said Gogo Skhotheni can give him more of her love potions if they existed. 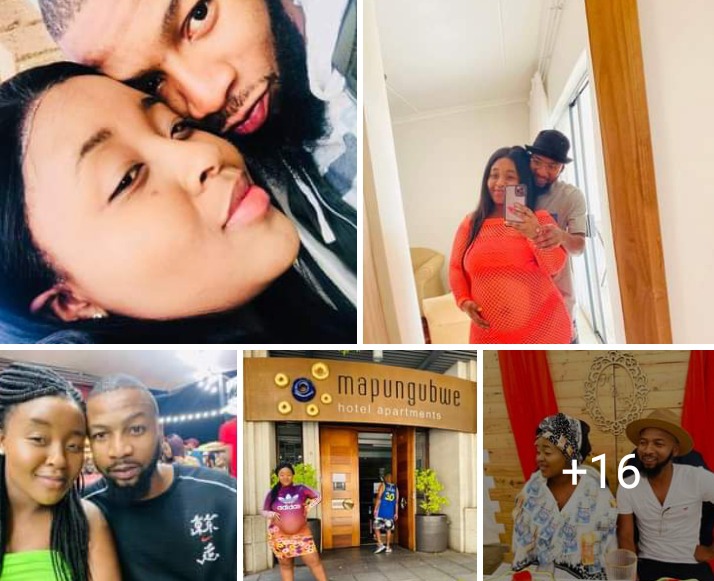 Reminiscing; Skhotheni said; now they are a happy family who dotes on their children from both sides. They have paid up properties and the nay sayers are now in awe. 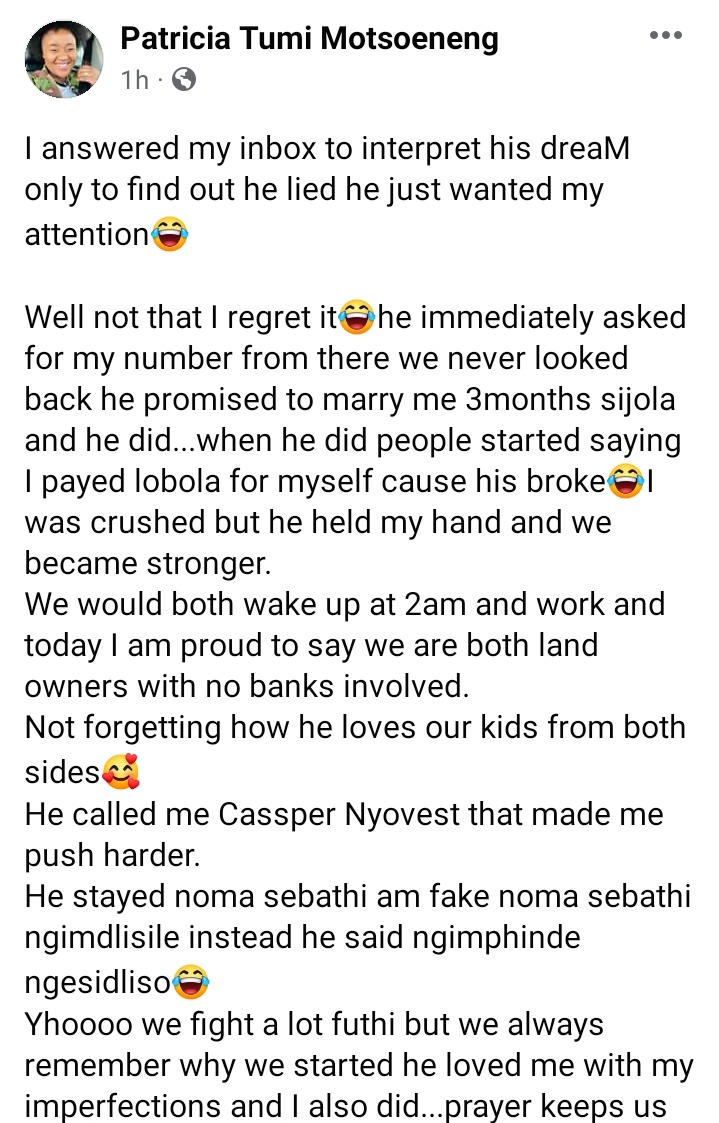 Skhotheni said though they fight like all married couples; they love each other and have each other's backs. Praying together keeps them grounded. 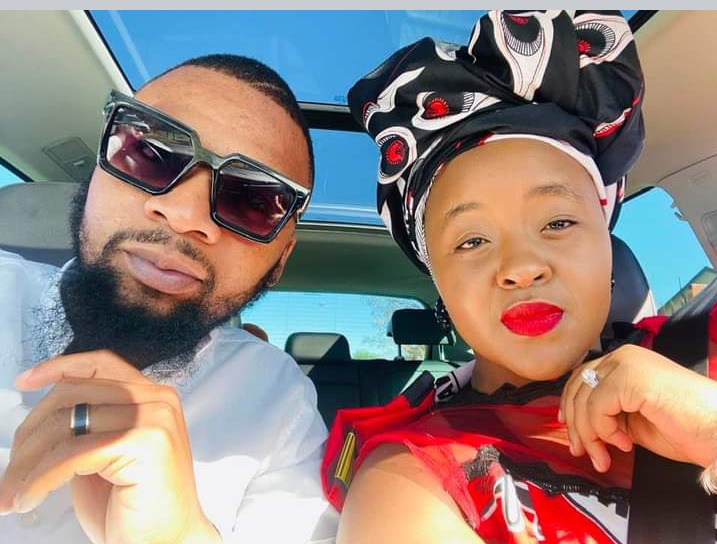 Like most Sangomas Gogo Skhotheni went through a time when people doubted her gift and called her fake. She has however; proved to many that her spells work. 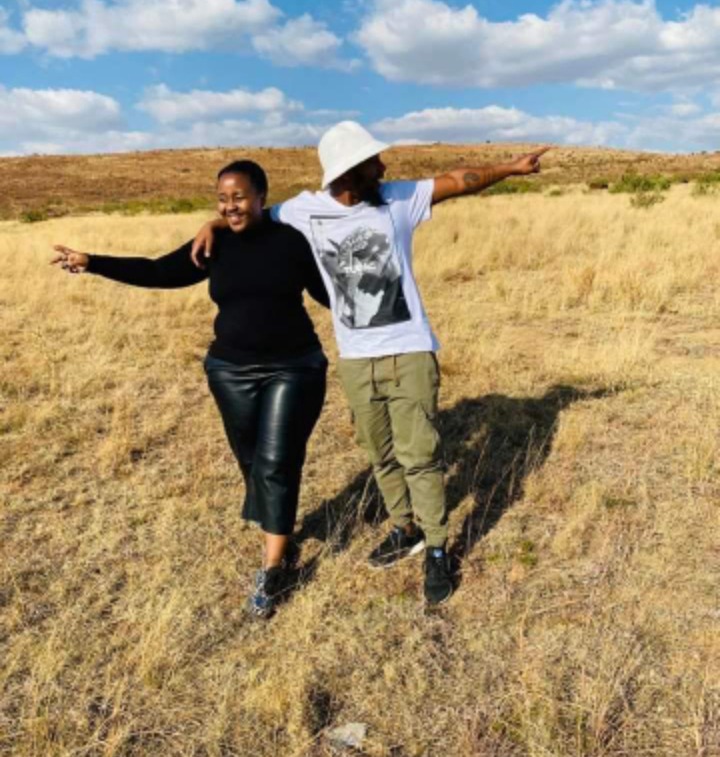 There have been people who sent her cash as thank you gifts because they used her spells and they worked. Gogo Skhotheni is a stylish young and beautiful Sangoma; who is abreast with technology; her baby Liyana has an Instagram page. 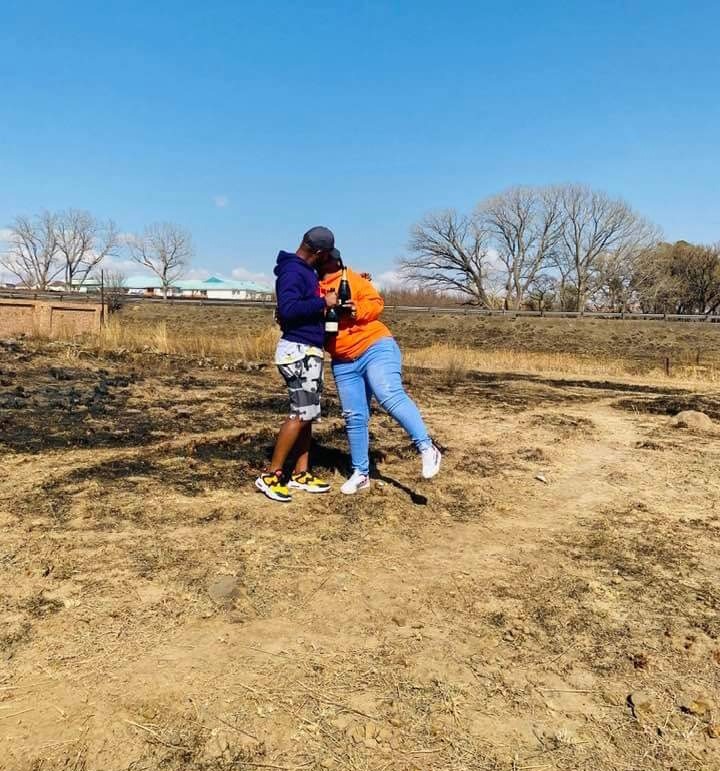 She sells soaps and body care products; which are usually sold out as soon as she announces their availability.