How Age Difference Between You and Your Partner Will Affect Your Relationship. - OPINION.

By Realgist_news (self media writer) | 22 days ago

We experienced a situation a few years ago in which a young South African man married a grandma. Their wedding made national and international headlines, and many people questioned how they fell in love. People have always been curious as to why a young man chooses to marry an older woman. In some African societies, it was even forbidden for a man to marry an elderly woman. Surprisingly, many people are unconcerned when an elderly guy desires to marry a young woman. It has long been a custom for old men to marry young ladies, according to several scriptures. But, aside from that, does the age gap in a marriage effect it in any way? 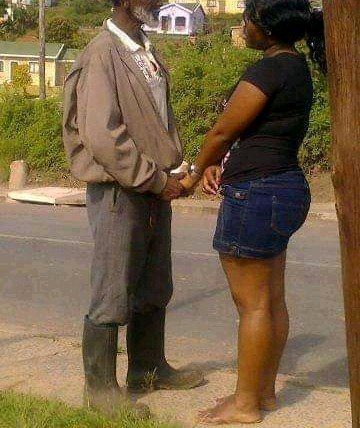 Marital satisfaction drops more considerably in couples with a wide age difference than in couples with similar age disparities, according to a scientific study published in the Zeitschrift für Bevölkerungsökonomie. A happy and healthy relationship and marriage, regardless of the results, are determined by the individual, and many variables contribute to their long-term success. The age gap isn't the only factor that influences the success of your marriage.

No One Can Resist: Leave People Stunned As You Slay In These Stunning White Outfits [Photos]

Exposed Celebrities Who Were Ugly Before Fame. No 3 will amaze you

" Sangoma Sold Me Love Potion, Now My Boyfriend Is Obsessed With Me And It Irritates Me "