There are a variety of variables that can contribute to the dissolution of a relationship between two people who are in love with one other. The most common reasons for couples to separate include concerns of abuse, neglecting one another, and adultery.

There are additional aspects about which people frequently differ, even if they are in love with each other. However, many people are able to get past these challenges by making concessions, whether they be with soccer teams, churches, or politics. 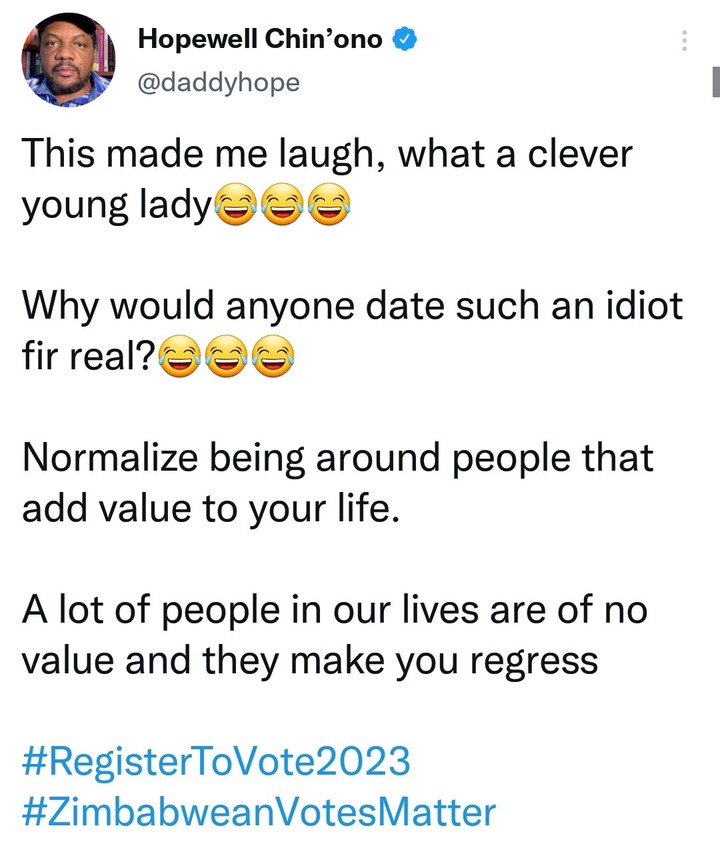 A conversation between a certain Zimbabwean girl and her boyfriend was leaked, and the conversation quickly went viral. The lover appeared to have posted a WhatsApp status expressing his admiration for the ruling Zanu-PF party, which is led by President Emmerson Mnangagwa and is Zimbabwe's ruling party. This did not sit well with the young lady, who proceeded to inquire of her boyfriend about if he was a supporter of the ZANU-PF. The lover did not hesitate to confess his feelings.

The argument quickly devolved into an attack on the guy's character for supporting a political party that had no advantage to him whatsoever, considering that he was impoverished and did not even have a job. As an affirmation of his right to support whichever political party he chooses, the boyfriend asserted that his relationship with the girl should not be adversely affected by his political affiliations.

The female ultimately delivered the final blow to the guy, telling him that they should call it quits because she could never be with a man who supported the ZANU-PF. The guy couldn't believe what he was hearing. 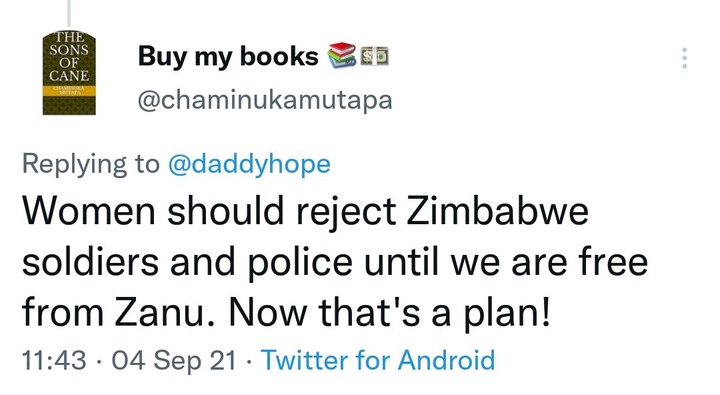 Many people thought it amusing, but many also praised the youngster for being brave enough to accomplish what she did. Hopewell Chinóno, a well-known Zimbabwean journalist, penned a piece "What an astute young lady... normalize being in the company of individuals who offer worth to your life. There are many people in our lives who are of little worth and who cause us to regress."

Please share your thoughts in the comments section. Do you believe the girl made the proper decision or that she simply overreacted in this situation?