Twitter always has something going on and every week someone new is being put on the firing line. This time it was an unsuspecting man whose true identity remains shrouded in mystery. He was accused by Twitter user with a substantial following of being unfaithful to his wife. 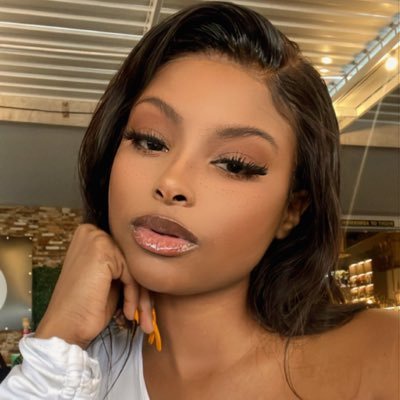 She wrote, "If your husband’s name is Siya & he took a morning flight today at 06:00 ko OR Tambo to Durban wearing a pink blazer & has reading glasses,please know your husband was telling his female colleague(I think) your marriage ndabas & he was telling her that he met up with a hun at..

Groove and they exchanged numbers & went out to eat (I can’t remember if it was lunch or dinner, but one of the two) .. ene they were & maybe still are texting eachother." 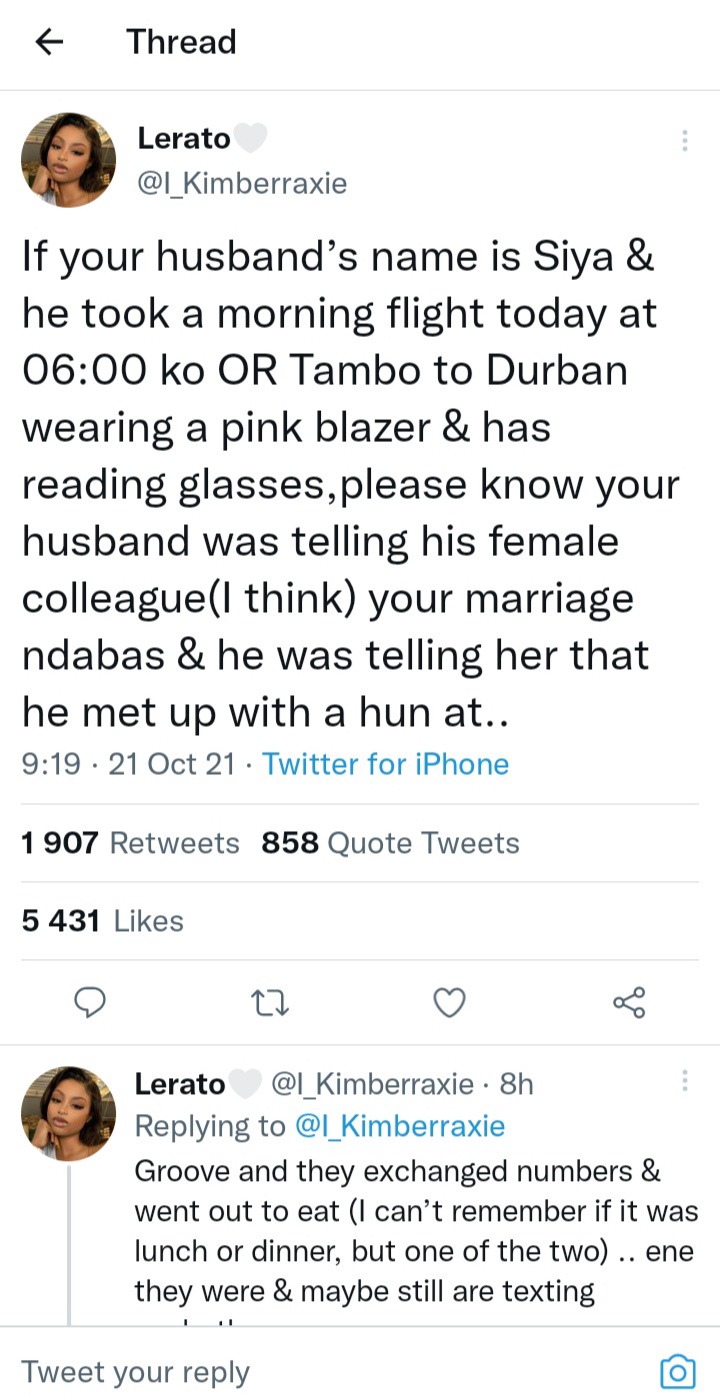 Twitter flooded her comment section with some calling her out for exposing the cheater, whilenother wondered aloud about whether or not they could possibly know this couple. The responses weren't all chiding her however, some were applauding her for looking out for other women. 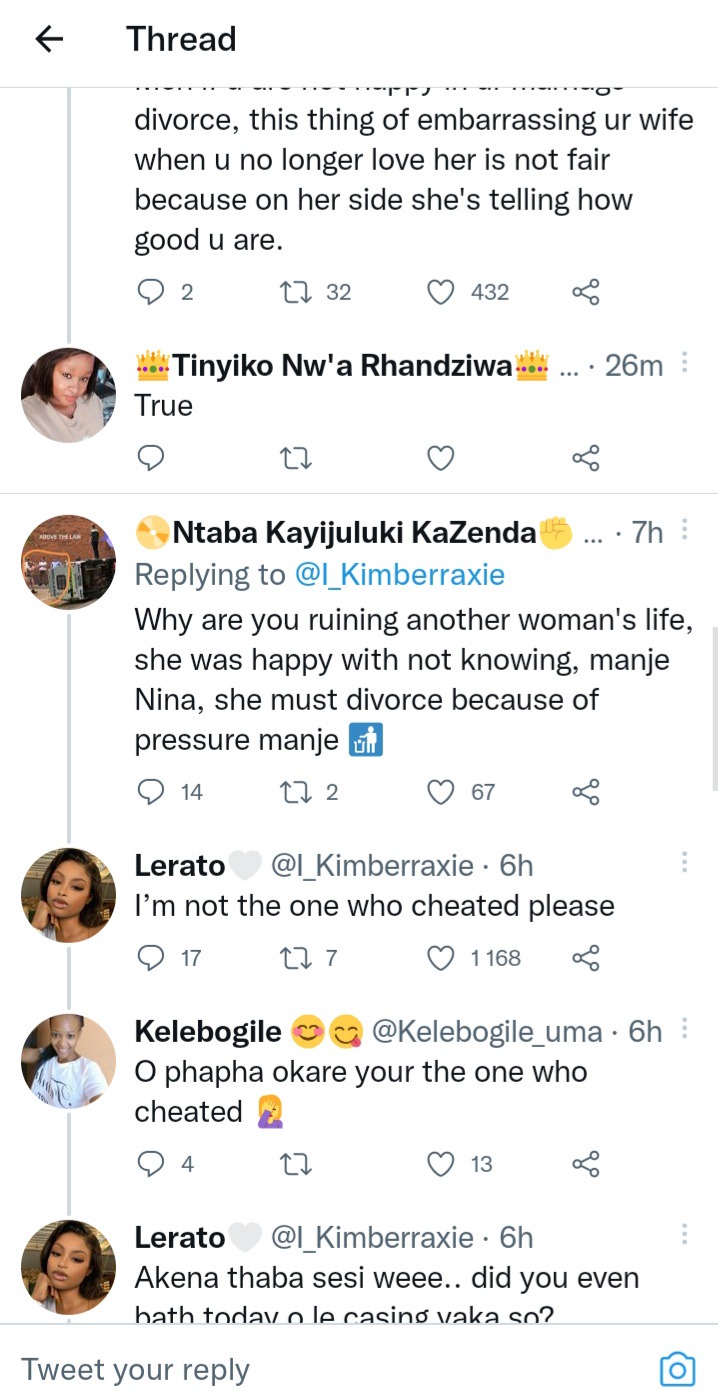 Things took a turn though when another Twitter user took to the thread to do her own confession session. She claimed that she had seen the original poster's boyfriend with his arms around another girl at Melville Johannesburg a few months ago. Her response was snarky and clearly mean spirited but the original poster clapped back, claiming she had already forgiven him and thanking her her efforts. 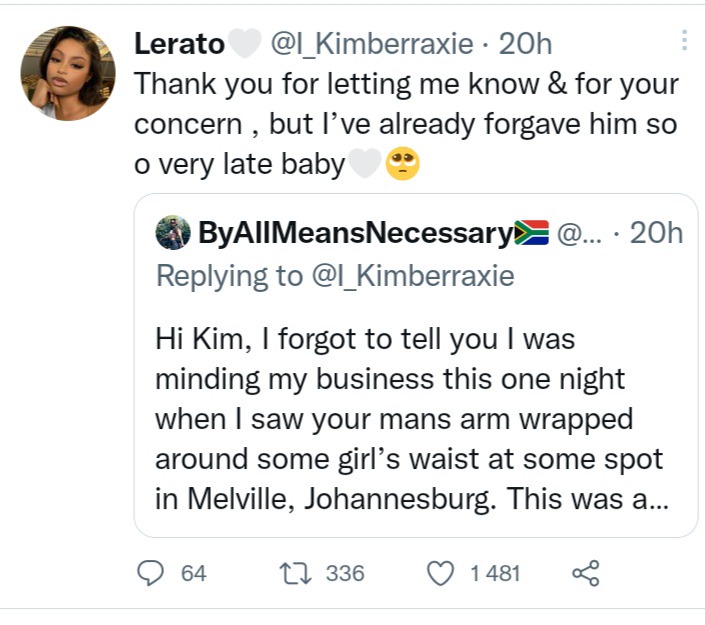 It was just another day of petty Twitter drama but I was entirely entertained. There's always got to be a seed of doubt when dating or married to anyone in South Africa. We have Uyajola99 that airs every week and shows how high infidelity rates are. But you need to have a different kind of confidence when it comes to Twitter and trolling or you'll always be left angry at random strangers. 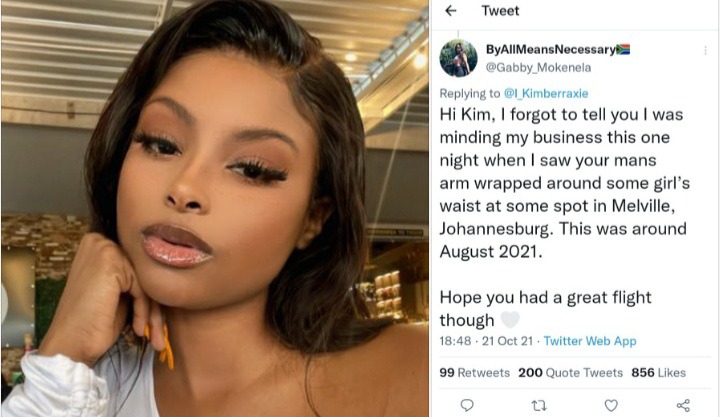 Would you ever out a stranger for cheating on their spouse?

'See what a guy caught his girlfriend doing in their room that got him 'trade' a blow.

[OPINION] Pogba Should Start Speaking Up For Himself

In shock : 'This Is What Was Spotted Inside Noodles