When I was taking care of my boyfriend, I slept with more than a thousand different men, lady who was living on the streets... 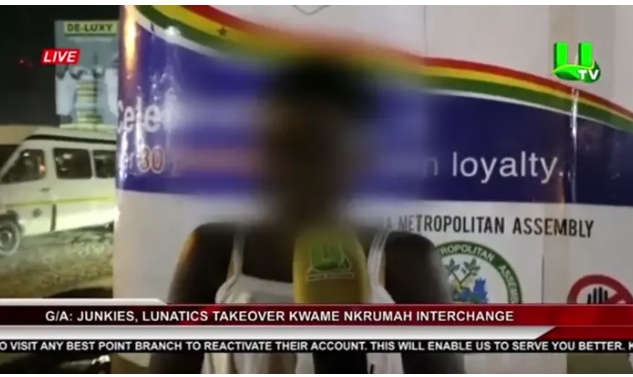 United Television (UTV) is given an account by a young woman who is between the ages of 18 and 21 and who has been forced to live on the streets. The account, which becomes increasingly heartbreaking as one continues to read it, may be found here.

She lived with a man named Bismark and they were able to give birth successfully, but sadly, the baby did not survive afterward. This is what the street child claims happened.

The man blamed her for the death of the baby and kicked her out of his camp as a result.

The young woman had no choice but to travel to her mother's house, but despite the fact that she was welcomed into the home, her mother did not accept her as a member of the family.

The young woman, who was only a teenager at the time, could not take the circumstances any longer and decided to flee her home, eventually finding herself in Circle Street.

The young woman, desperate for money, turned to prostitution as a means of supporting herself. During the course of her work, she became acquainted with a man named Nana Yaw and developed romantic feelings for him.

The young woman, who was in her teens at the time, started a romantic involvement with Nana Yaw and was paying for everything, even the rent.

The young woman claimed that she had more than one thousand (1,000) sexual encounters with males in order to take care of the guy in a wholehearted manner. However, she later discovered that the guy was already married and had two children.

Watch the video that has been provided below for further information.