A Limpopo woman has taken to Facebook to indicate that the man she believed would one day be her future husband has, according to the lady herself, married another woman who is from KZN. The Limpopo woman has further highlighted the fact that she didn't anticipate the Fact that her Limpopo man will get married so soon.

The phrase "side chick" is very popular in South Africa. And it is not an exaggeration to say that most people are probably have heard this phrase being used quite extensively in the world of relationship. Admittedly, the lady's Facebook post will most certainly leave many readers with more questions than answers. To some considerable extent, the lady's Facebook post is somewhat lacking in details. For instance, the lady didn't point out how long has she being a side chick to the Limpopo man who has now opted to marry his KZN woman. 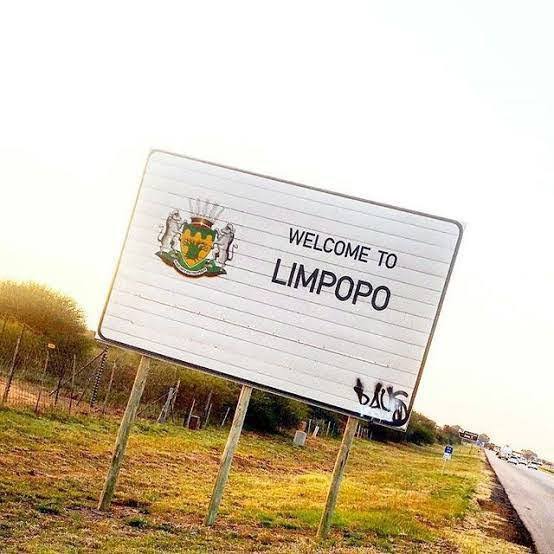 "Being a side chick is not fair. I just find out that the guy I am dating from Limpopo has just married his woman, who is from KZN. Truth be told, I though this Limpopo man will be my future husband. Am really in tears guys. I am quite sad, to say the least" 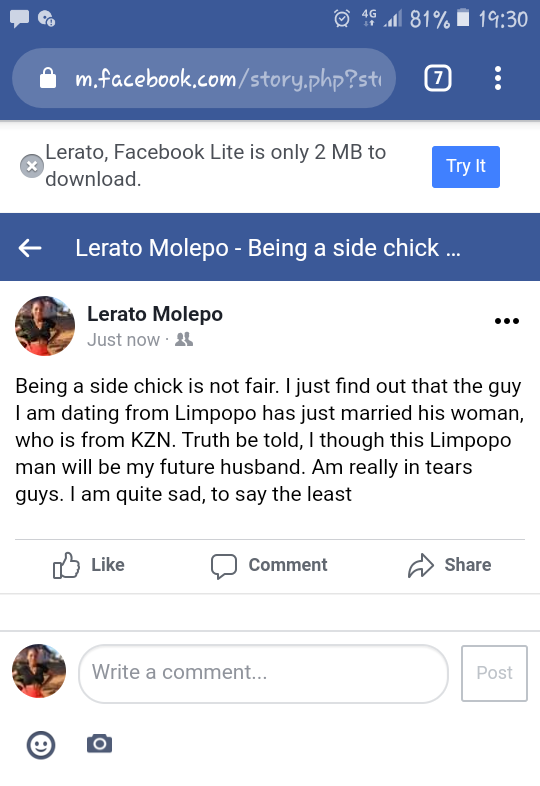