Eunice, who is from Nairobi county and was born without legs, confides in her caretaker the heartbreaking details of her life, including the fact that her partner cheated on her with another woman. 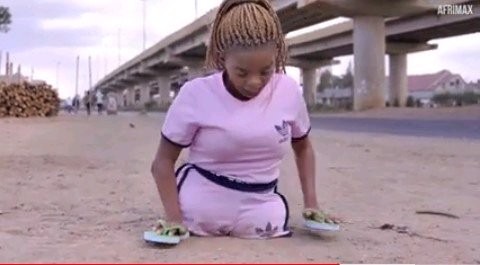 After Eunice's father passed away, her mother made the decision to move her to live with her grandparents so that they could take care of her in light of the fact that she was unable to maintain her own financial stability. She eventually enrolled in elementary school, and she claims that she did not become aware that she was distinct from the other children until she reached the sixth grade.

She became aware that there were certain things, such as jogging, that she was unable to participate in to the same extent as her other classmates. She claims that such remarks cut her to the very core when one of her classmates questioned her why she didn't have legs. She thinks that the question was hurtful. She broke down in tears on the way home and told her grandparents, who in turn informed her that God had blessed her in a different way.

The rest of her life went on, despite the fact that she believed she was being treated improperly, and she made a request to change schools so that she could be around other disabled children. She put in the effort to gain an education and eventually attended a university, but owing to her disability, she had difficulty finding work.

Later on, she relocated to the home of her brother since her grandparents were getting on in years, and she no longer wanted to be a burden on them. Since her brother was busy with work, one of the cousins volunteered to come over and assist her with household chores. Eventually, she found a man, and the two of them began a relationship after falling in love with each other. He used to come and see her virtually every day, until something unimaginable took place. 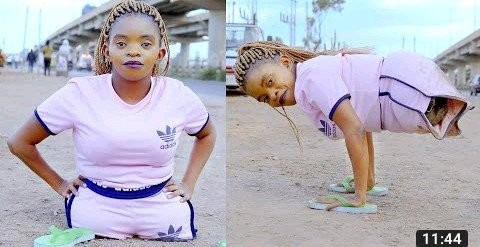 When she returned home one day, she was shocked to discover him sitting on the sofa with her caretaker, embracing each other passionately. They feigned not to be doing anything after seeing her since they were so astonished after seeing her. Eunice claims, "Because I loved him so much, it was the most terrible experience I have ever had to go through." The boyfriend departed later on without providing an explanation, and when she tried to get in touch with him, he told her that she should never contact his phone again and that she should delete all of his images. He also told her that she should get rid of all of his photos.

She claims that the caregiver felt humiliated and apologized to her for her actions. She was knocked out, but she eventually got over it and forgave her. It seems that life has moved on without her, but she claims that it is impossible for her to get work because of her condition. She is appealing with people who care about her to assist her in establishing a cosmetics company since that is where her love resides. In addition, she is asking people to help her move into her house because her brother is about to get married and she does not want to be a burden on him.

OPINION|| 3 Likely People Who Could Take President Cyril Ramaphosa's Place If He Steps Down.