By All_Is_Well.Media (self media writer) | 26 days ago

Strange things that happen in relationships today open the eyes of many people looking for love. Loving someone can also be a weakness, and the game needs to be played with caution. 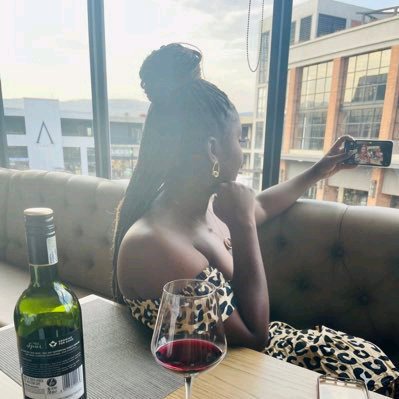 It’s not a secret fact that some people can get you close to them, convince you that they love you, until once they feel safe manipulating that relationship in their own favor. In an American show called Prison Break, there is a character who describes a similar work as "Game Theory." 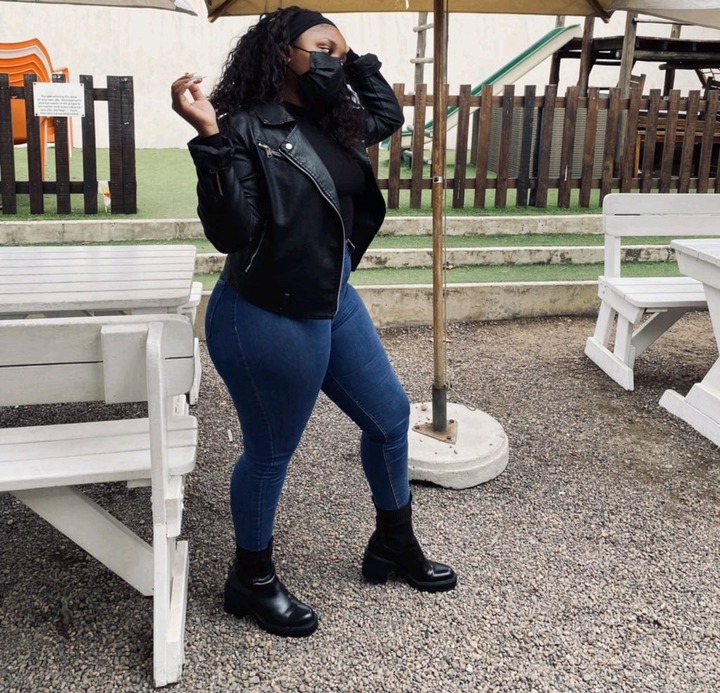 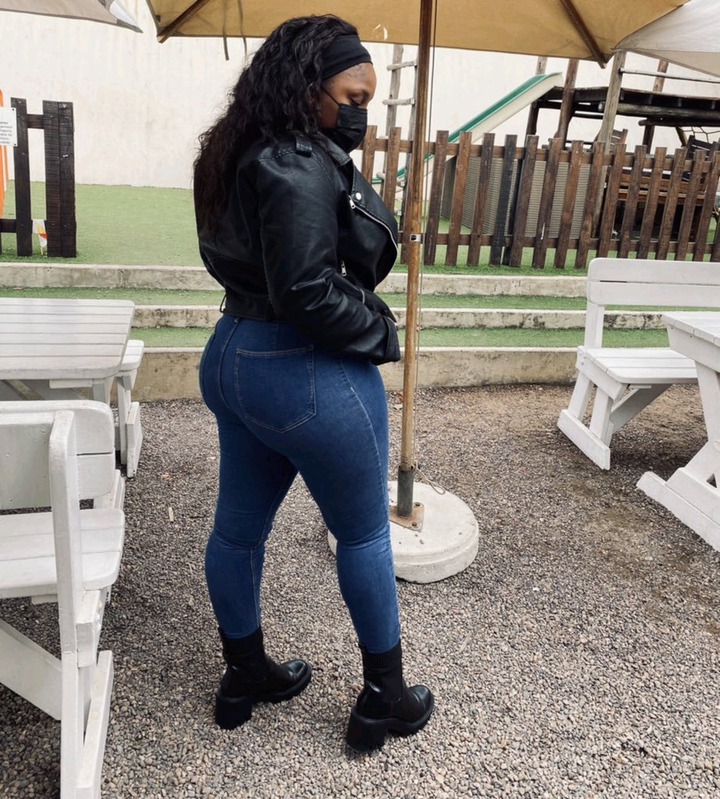 Read about the game theory: https://www.monstersandcritics.com/tv/prison-break-is-michael-using-game-theory-to-get-what-he-wants/

People praised the beautiful woman for being careful when someone tried to manipulate her feelings. We all know that a man has to spend his time before introducing his partner to their parents. This is the reason why people often use Percy Ledges ’song titled“ Take time to know her ”as a reference. Women may like it when you move fast, but usually those don’t have much to lose. 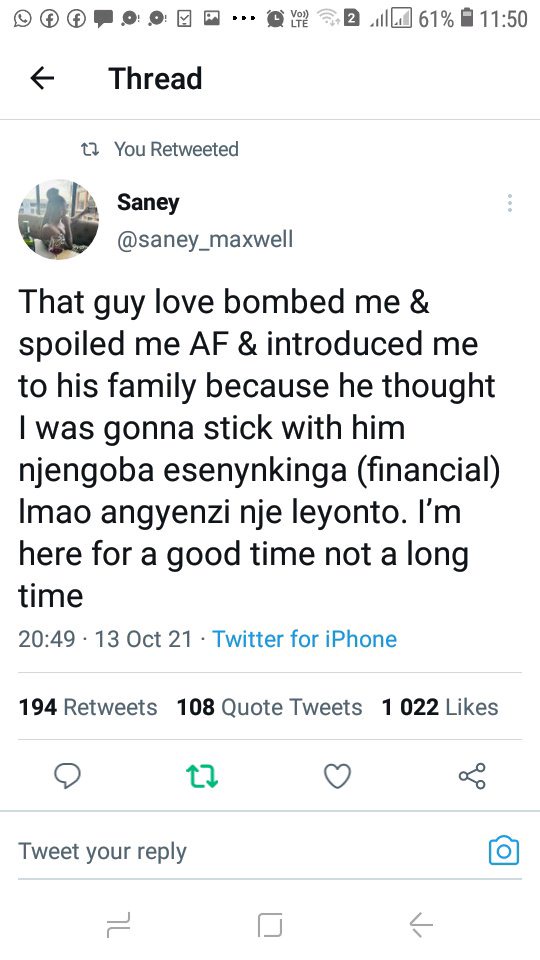 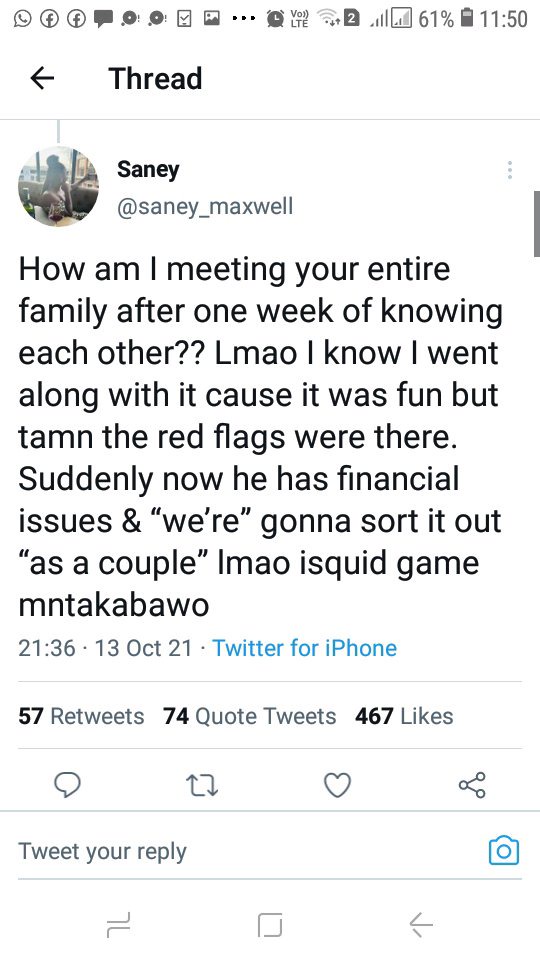 The woman’s name is Sane according to her Twitter profile and she has been with this man for only a week. During that week of dating, Sane revealed that the man was completely ahead of the way he even introduced her to his parents. Sane knew there was something wrong with the flow of his movement, but he had to play because he enjoyed the ride. Things changed when the man told Sane that there were financial issues they needed to resolve as a couple. She realizes that the man may have cheated on her and decides to leave.

Seeing her story, people start praising her by saying that she did the right thing and this is what other women need to know to do before they find themselves in deep financial issues. 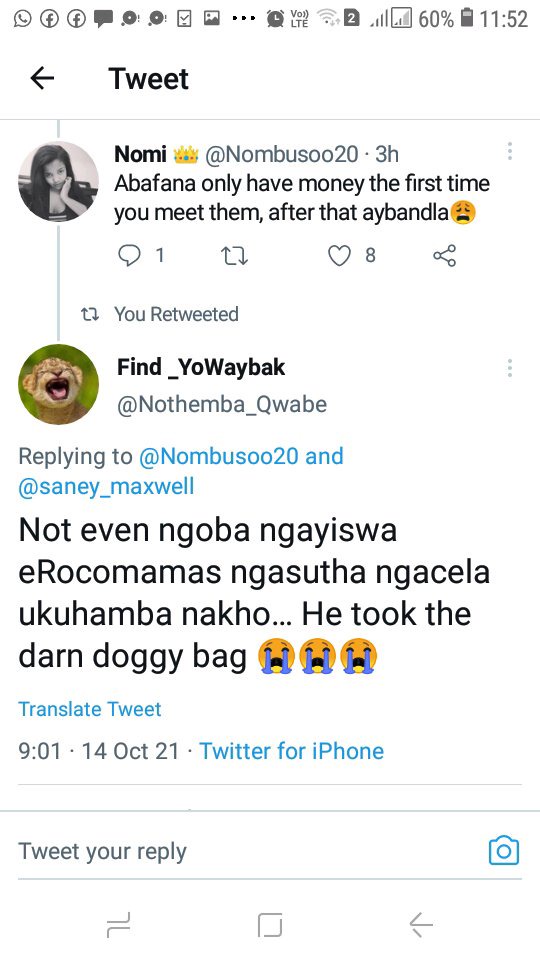 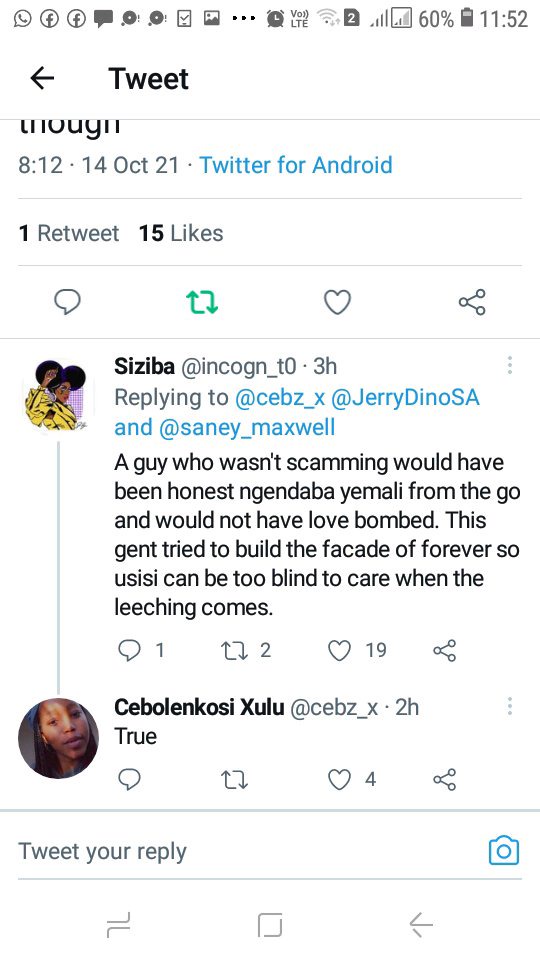 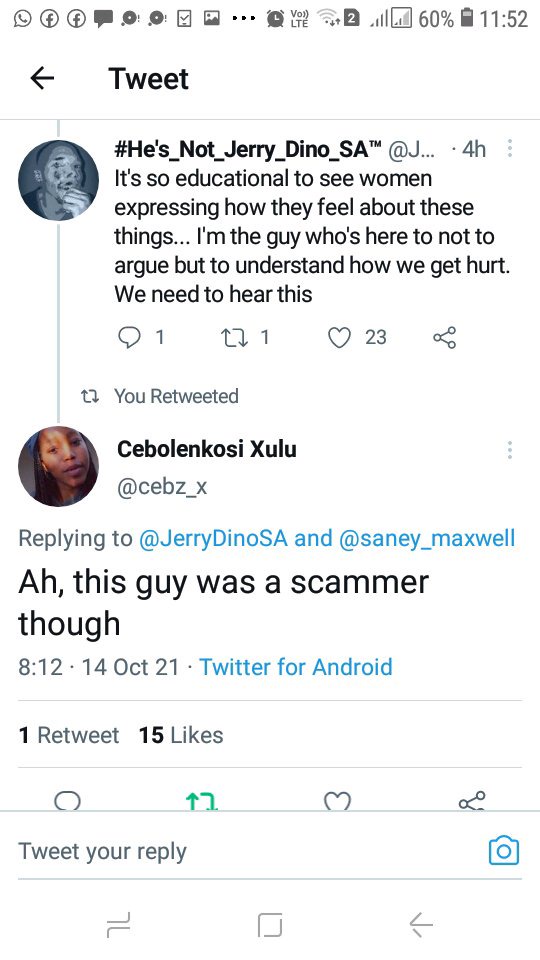 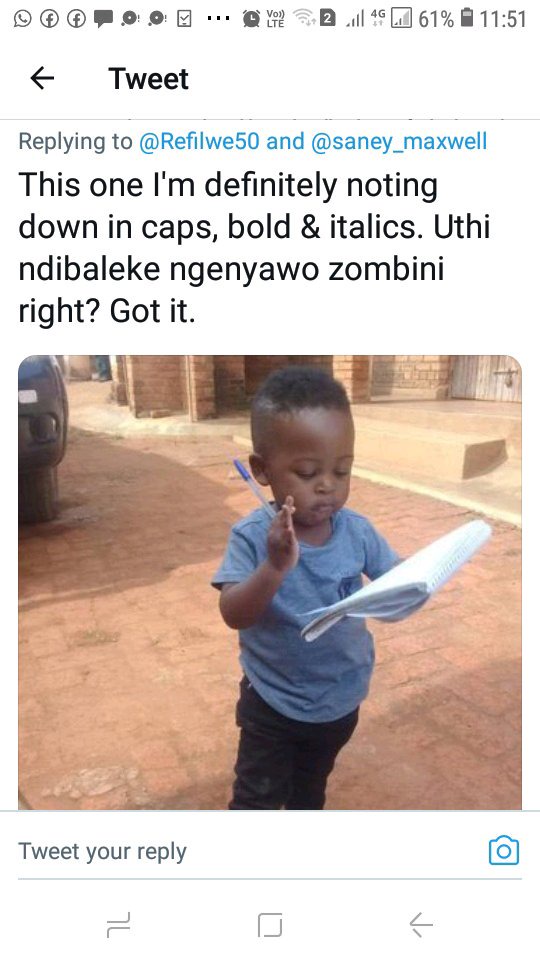 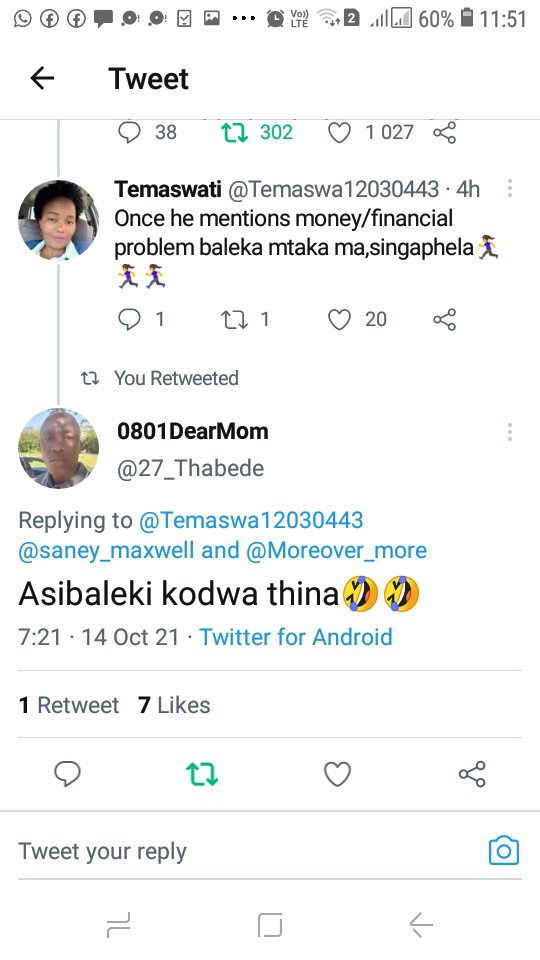 Some of the women who saw the post said they considered this a lesson because many men approach them with the same mentality. They discovered that such men could only make money within the first month of going out.

I think it’s good for someone to share with others what they’ve been through. I also like the fact that Sane has to play with this man until he reveals his intentions. If he doesn’t delay his actions, his assumptions will seem wrong and the same people who admire him will start judging him.