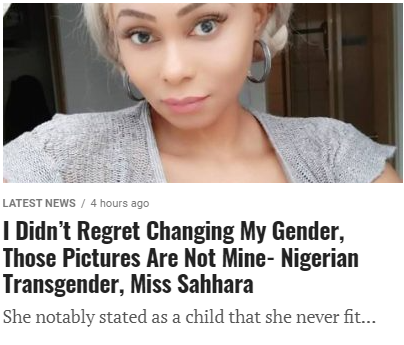 The crazy thing about her was that she notably stated as a child that she never fit with Nigeria’ s religious and traditional values. She was ignorant of her medical condition, gender dysphoria, due to her upbringing in rural Nigeria. She claimed that the incessant need to show oneself as a girl left her feeling disoriented, as if she had something inhumanly wrong with her.

In all her capacity she also tried deliverance, spiritual path, she turned to religion in the hopes of finding a cure, pleading with God to turn her into a woman when she grew up. She wanted to take her own life, wallowing in her identity crises, because the pastors in her church and the people around her were telling her that her feminine features were aberrant. She claimed to have tried suicide twice and come out on the other side. Her suicide attempts just strengthened her resolve to either leave Nigeria for a more accepting country or to succeed in her third suicide attempt.

This make a lot of people confused, is it not that God is powerful enough to quench our evil desires, but here she began looking for answers to her problems as well as ways to reconcile her faith with her aspirations for the future. She found comfort in the realization that she did not have to be religious to live a morally upright life. 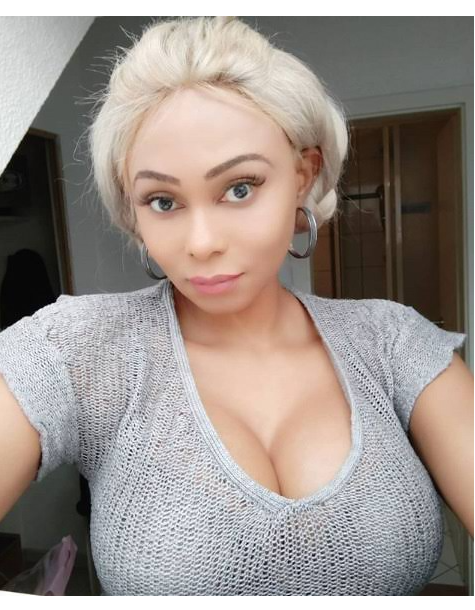 Rumours and reports were made about her after the ups and downs of looking cure to her quest that she regrets the decision she took after, but Miss Sahhara has denied rumours that she regrets undergoing surgery to transition from male to female. She added on her Instagram page that she’ s grateful for who she is and that she’ s never regretted changing her gender.

It was only that she was trying to warn woman not to do this without thinking it through. She stated that she just counselled women to avoid perilous routes, but she has no regrets about switching genders. She also refuted rumours that Mr. Clifford Oche was her biological father.

As we all know that they were some images circulating online convincing people of her so called regret. She also revealed that the photos that have been circulating on the internet as her throwback before she changed her gender are not hers.

She was once on news headlines, she made news after she stated on her Instagram story that she spent the night in the hospital undergoing corrective surgery for mistakes she made during her transition from male to female. What was all that trouble for?

The process according to the following statement shows that it is not an overnight thing. She counselled other trans women to be patient with their transitions, noting that the shift to female takes years. She also confessed that she had her manhood removed ten years ago.

Old ladies: please do not wear these types of dresses on the street