Isn't this the most outlandish wedding you've ever seen? Lulu Jemimah, a 32-year-old Ugandan student at Oxford University in the United Kingdom, tied the marriage with herself on her birthday.

Lulu's only ambition is to pursue a career in academia, according to her. But her parents have been reminding her that she needs to get married at every opportunity they've had to remind her. You're probably aware of how African parents become concerned when their daughters reach the age of 30 and have not yet found a partner. 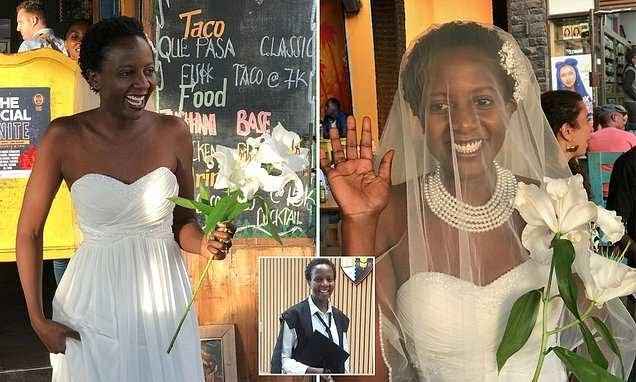 Her thoughts on marriage, on the other hand, are far from her mind while she pursues a master's degree in creative writing at the elite university. 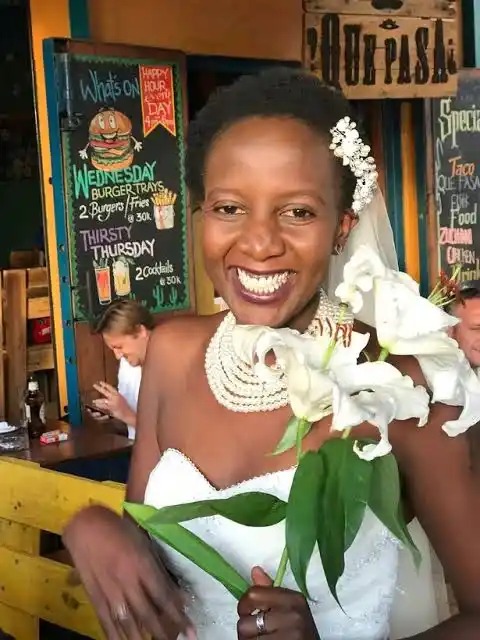 Consequently, in an attempt to get her parents off her back, she planned to stage a mock wedding and send out formal invitations to her closest friends and family members. According to her, the entire event was organized for a total of £2.50.

In addition to hiring a dress and marching through the venue to the conventional wedding march, she also gave a speech to her guests to explain why she didn't have a groom. 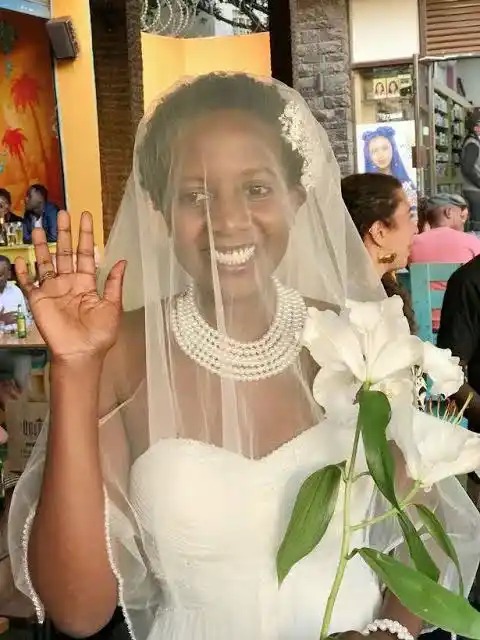 Lulu's father had written her wedding speech when she was sixteen years old, and he had given it to her. Her mother would offer a prayer for her on her birthday, pleading with God to bless her with a respectable husband.

It didn't matter how much she achieved in life; her parents were only concerned about the day she would find love and marry him. 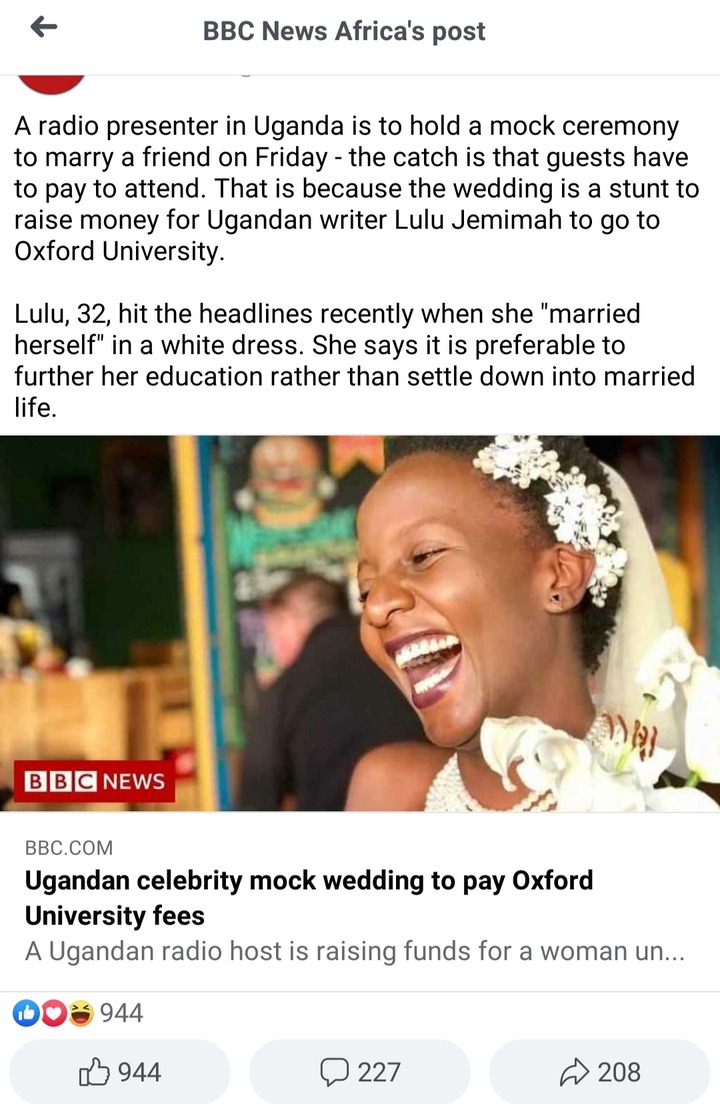 On the day of her wedding, Lulu exchanged vows with herself in front of roughly 30 guests, with one of her friends acting as the celebrant and serving as the vicar.

Her invites were printed by a friend who works as a web designer, and another friend contributed to the cost of her gown and cake, which were all prepared by her brother. 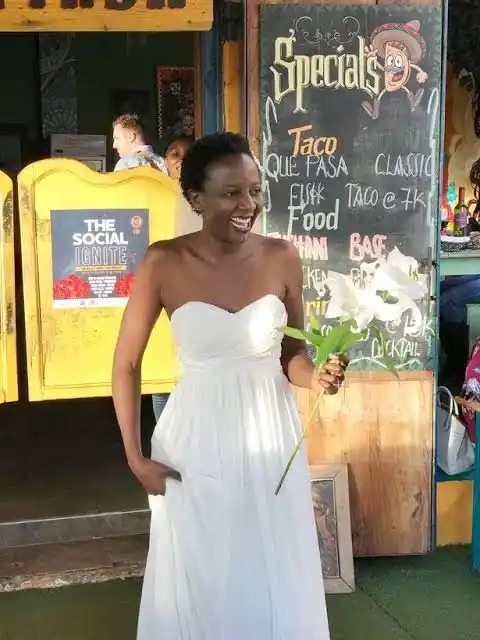 The truth about the ark of protection