Beautiful lady trends on twitter after sharing a hilarious story about her previous boyfriend who once demanded an expensive mobile phone from her. 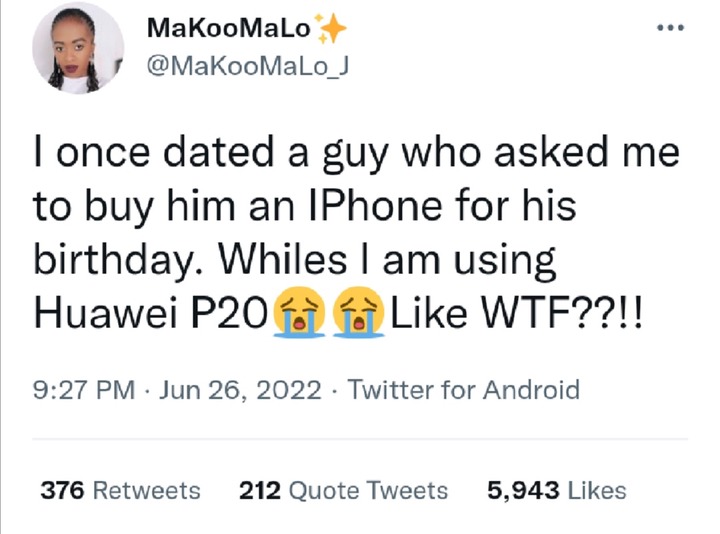 Apple iPhone is an American successful smartphone company that was originally created by Steve Jobs. The great man inventory was first released in 2007 and by 2009 it was the highest selling mobile phone in the world.

Recently a beautiful lady named Makhumalo instantly went viral after after she tweeted ' I once dated a guy who asked me to buy him iPhone for his birthday while I was using Huawei P20, like wft??' she wrote. 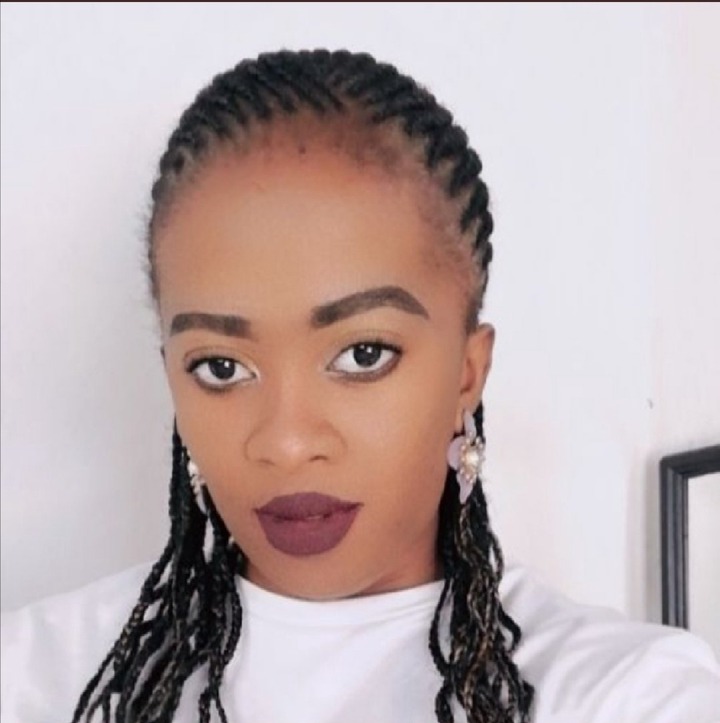 @moipone replied with a tweet saying ' Same here just last year, maybe he thought i have millions only to find out that I'm more broke than him. 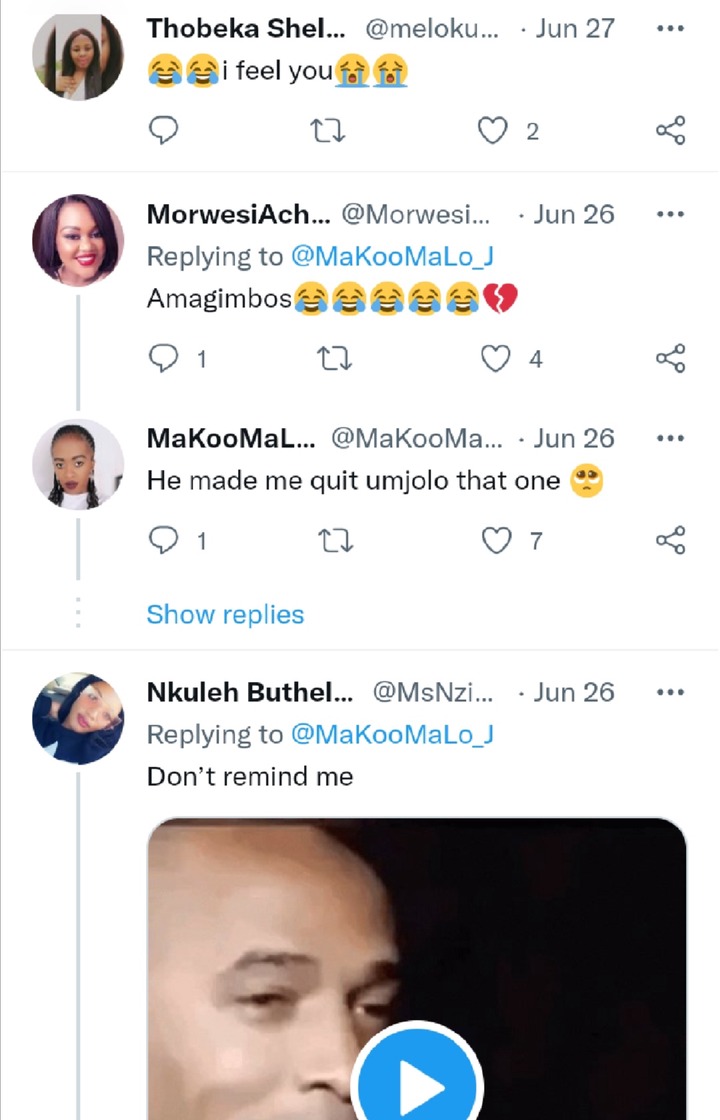 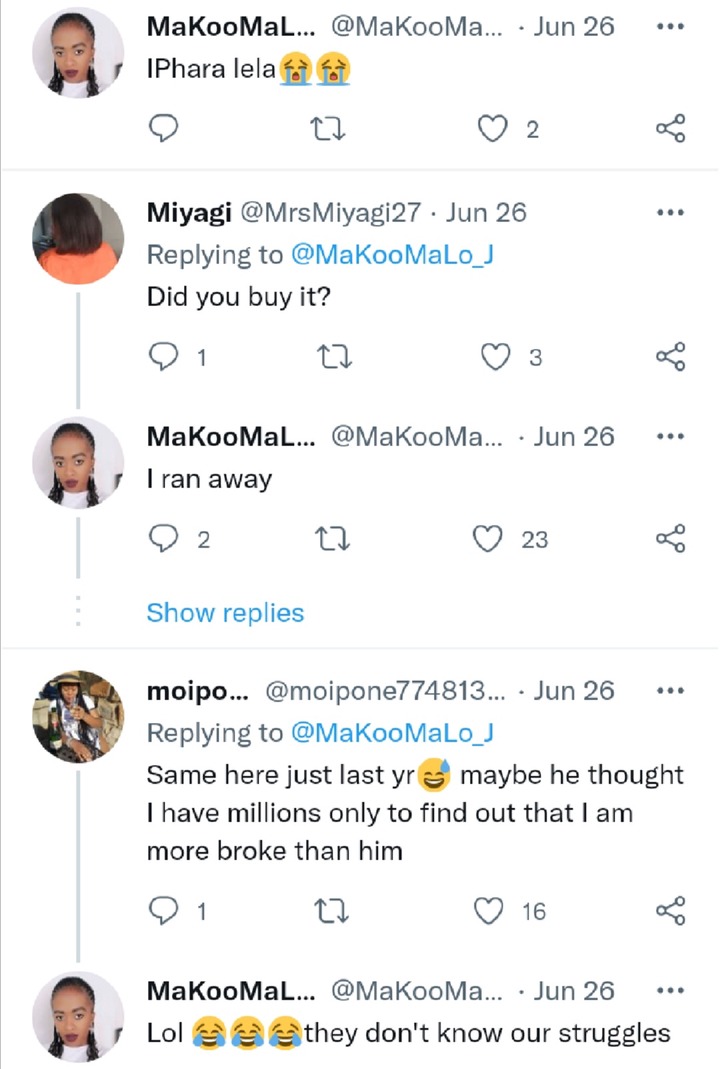 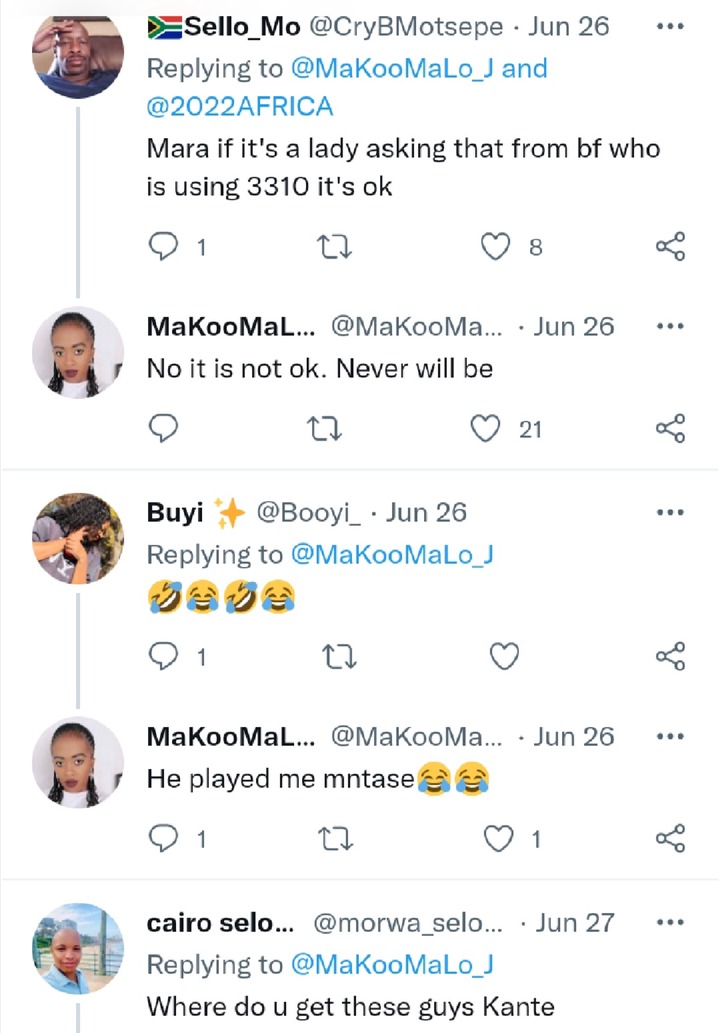 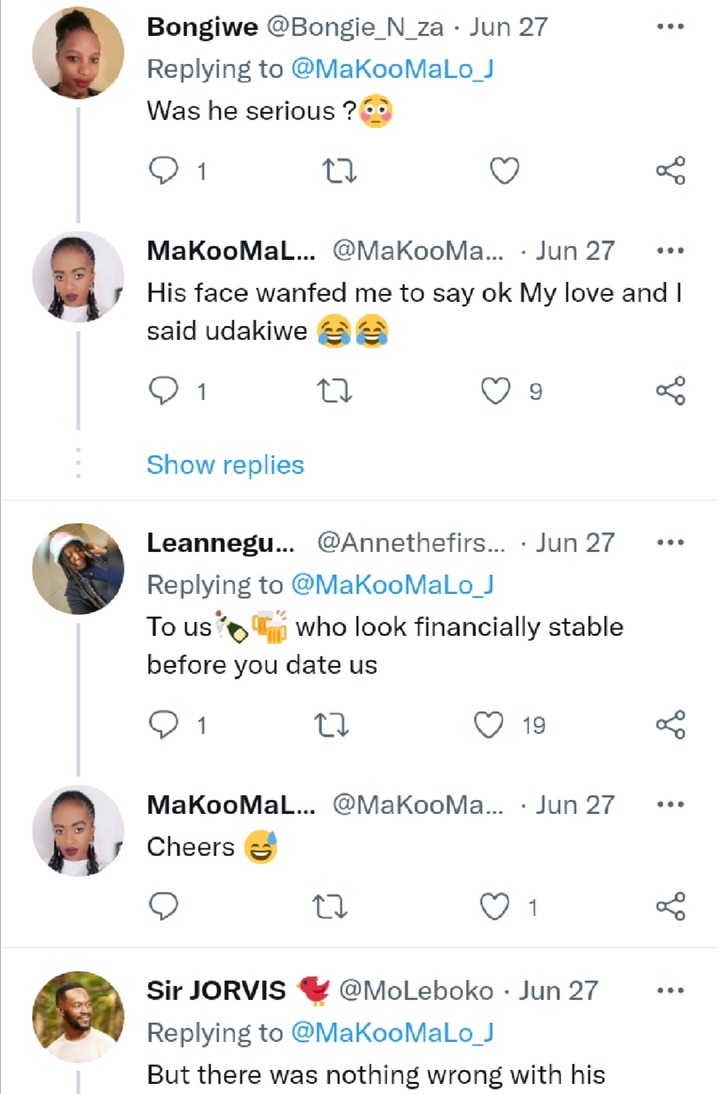 Look where Half a million of R350 grant applications comes from, SA is in a serious problem

Julius Malema said this about Thuli and Cyril 9 Years, see what he said

Meet the 94-year-old woman who is still slaying.

4 Unbelievable Clouds Captured In The Heavens, See Their Meaning

Why SOME HEALERS ARE GREEDY AND SELF DESTRUCTIVE and Would Never Succeed.