By God&apos;sPower (self media writer) | 15 days ago

There are some couples out there who have amazing relationships that would astound you if you were to witness them. Some of them are so incredible that they made front-page news and were the talk of the town for days. Today, we'll take a look at 5 out of the ordinary couples who became viral on social media.

1. Yuri Tolochko and Margo (man who married a s£x doll) 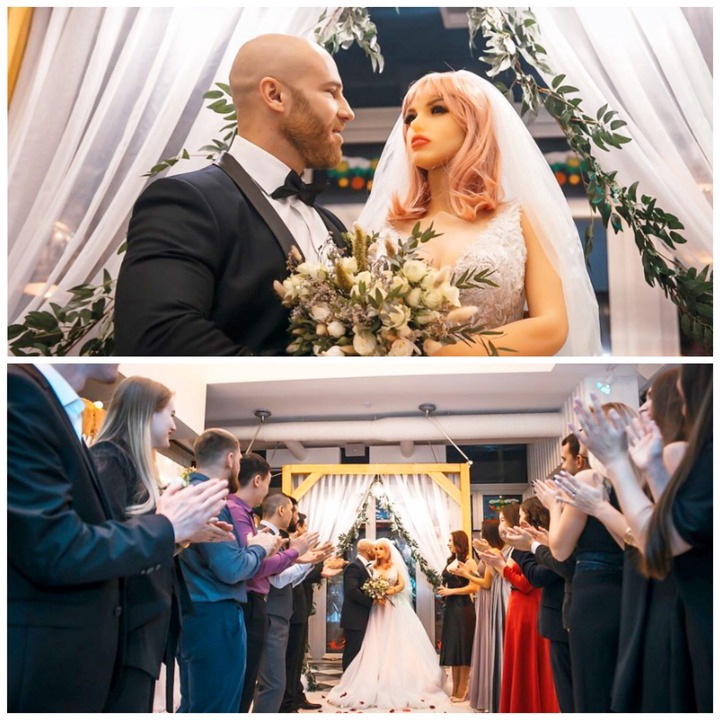 On the occasion of their wedding, Yuri and Margo

Yuri, on the other hand, later announced that he had found a new love, and that his marriage to Margo, which had lasted for months, had ended.

2. Quran and Cheryl (couple with an incredible age difference)

Quran and Cheryl are a married couple from the United States who have gained notoriety for their extreme age gap. Quran McCain is 24 years old at the time of this writing, while his fiancee Cheryl McGregor is 61 years old. Following their engagement, Quran and Cheryl became the talk of the town, and their story was featured in several publications. 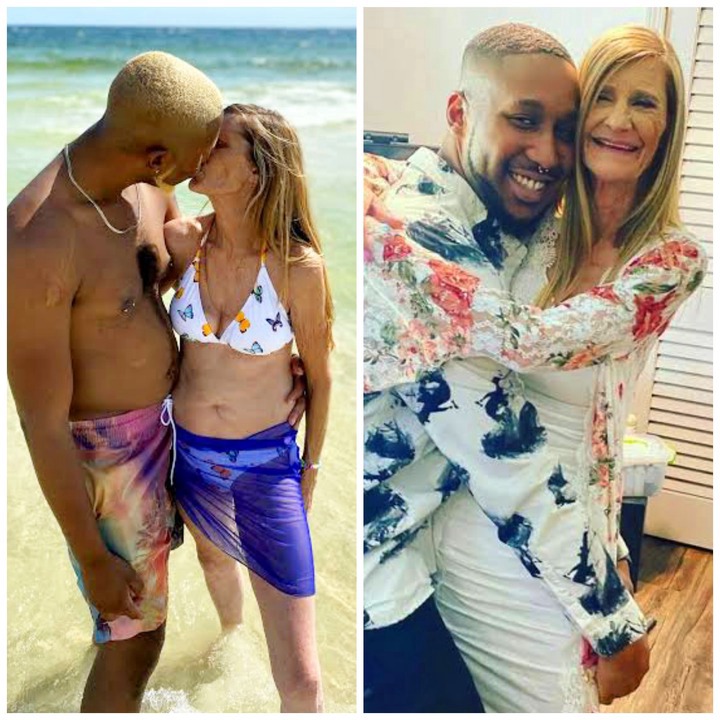 3. Gabriela and Victor Peralta (couple with the highest body modification)

Gabriela and Victor Peralta gained notoriety and went viral on the internet after they set a world record for the couple with the greatest number of body modifications. According to reports, the couple has undergone a total of 77 body modification procedures, including 11 body implants, 5 dental implants, four microdermals, 55 piercings, one forked tongue, two ear bolts, and four ear expanders, among other procedures. 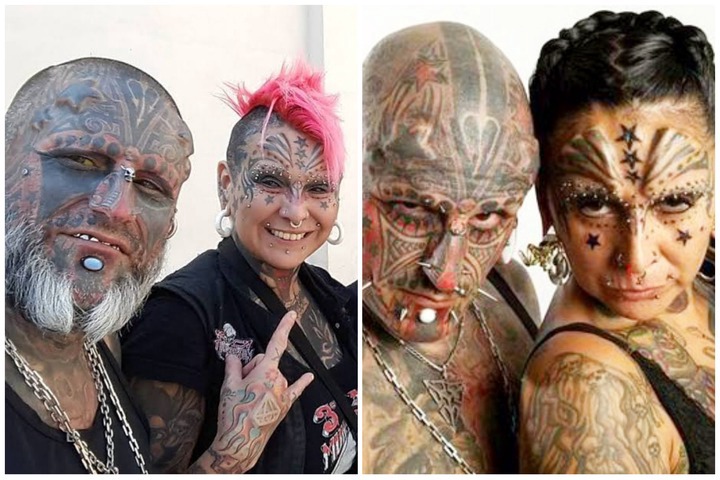 Aside from that, Victor and Gabriela are also big fans of body art, specifically tattoos. A recent report claims that Victor has over 90 percent of his body covered in tattoos, while Gabriela has tattoos covering 65 percent of her body, as reported.

4. Sharon Tendler and Cindy (first woman to marry a dolphin)

Sharon Tendler is a British lady who went viral and made several headlines when she married a dolphin named Cindy. Sharon is the daughter of a wealthy family in England. Sharon stated in an interview that she fell in love with Cindy at first sight and that she continues to visit him on a regular basis. It was truly remarkable when Sharon and Cindy tied the knot, and the couple's unusual union went viral as a result of their unusual union. 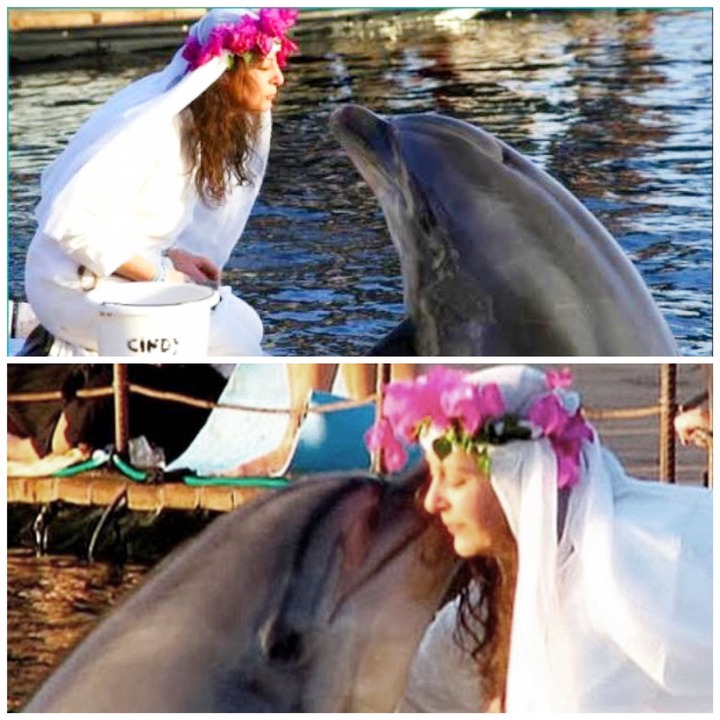 Recently published reports state that Sharon's husband Cindy has died, and Sharon has stated that she will never marry again. Sharon is currently mourning the loss of Cindy.

After she tied the knot with Sanele Masilela, a 9-year-old girl, Helen Shabangu, 61, went viral on social media. She is a mother of five and has been married for five years. Their unusual relationship, as well as the 53-year age difference between Helen and her husband Sanele, quickly drew the attention of the public, as evidenced by the fact that it made several top headlines. 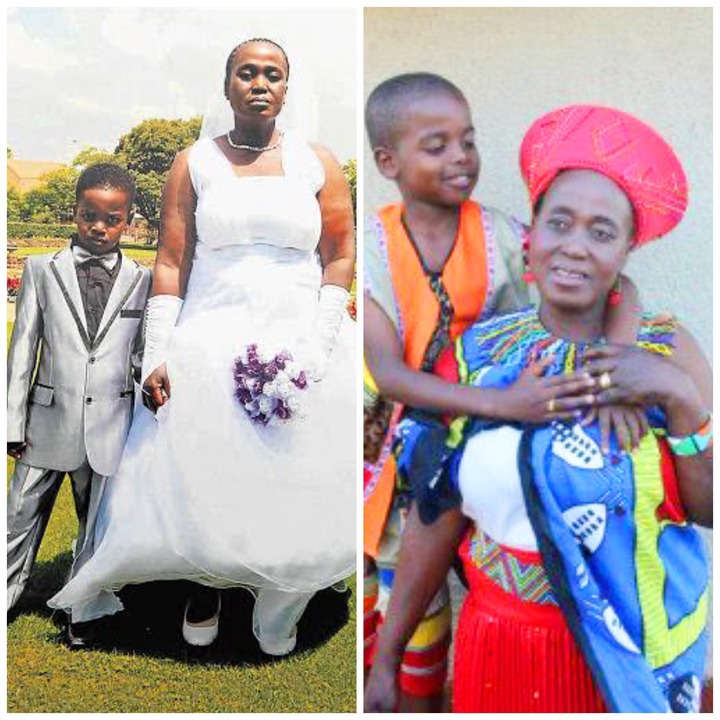 A photo of the South African couple that went viral on the internet caused quite a stir on various social media platforms. 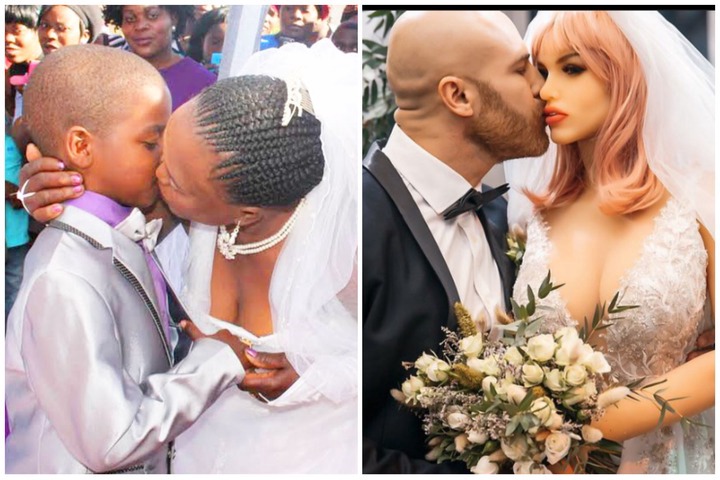