How to Make a Woman Treat You

When in a relationship, how can you make a woman want to treat you well, be good to you, be attentive, be affectionate, be loving, be caring and so on?

How can you effectively turn on what I call, The Good Girl Switch in her mind, where she loves the feeling that she gets when she’s good to you? One way to do it is to be truly emotionally independent. This is where you do not need her emotional support or attention. The reason why that works is that for women, there is a big difference between being in a relationship with a guy who needs emotional support in order to feel good about himself and feel okay, compared to being in a relationship with a guy who doesn’t need emotional support from her and doesn’t even need any of her attention. 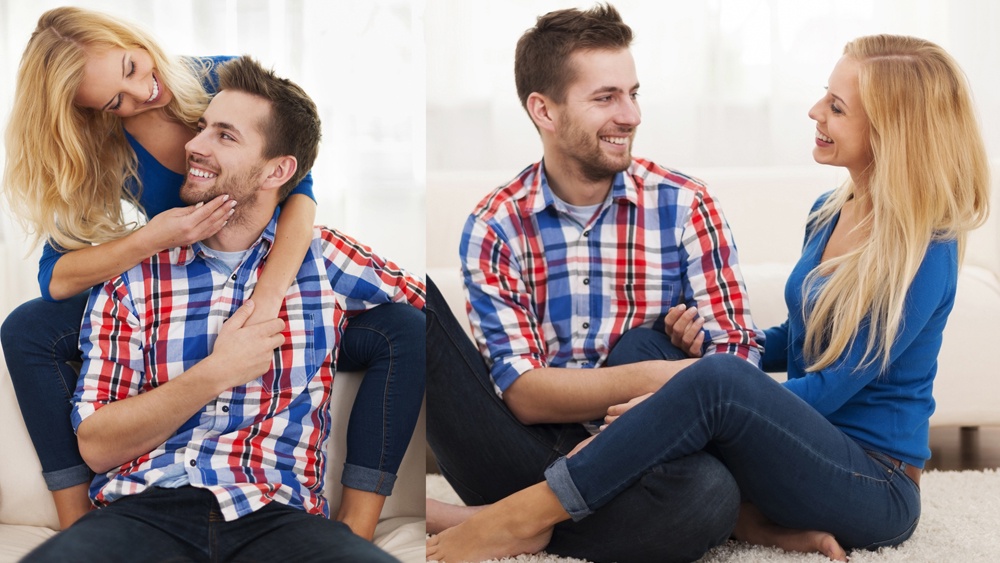 As a result of him being like that, she wants to feel needed in his life.

She wants to feel important in his life.

She wants to be a good girl for him because he is clearly a man who has got his stuff together.

He’s not like an emotionally needy guy who needs a pat on the back, or a hug to feel better about himself.

He already feels good and as a result, she feels like she needs to do something to feel needed and important in his life.

So, what’s an example of how that works?

Well, imagine that an emotionally needy man came home from work, he had a crappy day at work and he comes home and he meets up with his girlfriend or wife.

He then starts saying, “Yeah, I had a really crappy day at work today. Oh, my boss is being a pain in the ass. So, I really need a hug. Come here honey” and then he wants to talk about his crappy day.

He wants her to listen and essentially give him a pat on the back and tell him that everything’s going to be okay.

Now, compare that to an emotionally independent man who had a crappy day at work.

He comes home and his woman asks him, “How was work today?” and he says, “Well, it was a pretty crappy day at work today, but you know, you have those days” in a way that suggests he doesn’t need to talk about it any further.

She will then almost certainly want to find out more about what made the day crappy, or she might not ask any further because she may know that he has got his stuff handled.

Yet, in most cases when a man is emotionally independent his woman will want to find out more.

She’ll want to feel needed in his life.

She’ll want to try to help and be there and give him love and attention and so on.

She will want to feel needed and important in his life, so she might ask him, “Oh, what happened, honey? Why was it a crappy day?”

He can answer that question in many different ways.

He can joke around with her and turn it into something to laugh about, so they don’t have to go deeper into the crappy day that he really doesn’t care about anyway.

He can let her see that he’s got it handled and is already thinking about how he can get a promotion at work, or get out of that job and get into another one.

So, he has his stuff sorted.

He doesn’t need her to get too involved in his life, but he can also open up and talk about the crappy day while letting her see that he has got it handled and that everything is okay.

So, with the example of joking around with her and turning it into something to laugh about, when she asked him, “So, what made the day crappy? What happened?”, he can joke around and jokingly say something like, “Well, it was a crappy day because…you weren’t there.”

He can then laugh, give a bit of a tickle, have a hug and they can have a laugh together and then get on with the rest of their evening together.

Alternatively, if he wanted to answer the question and give her some more details, there’s nothing wrong with that.

If an emotionally independent man were to talk about the day being crappy, he might say something like this, “Well, it was a pretty crappy day at work, because I’m already overloaded with work and my boss came over and gave me another project to work on, on top of that so on. So, it’s like, ‘Come on, how hard do you want to work me?’ You know, I’m actually thinking about maybe getting another job or something because I think I have the type of skills now that can get me a better job. I don’t need to stay at that level. I can start moving up.”

She can then see that he is able to take care of himself.

Just like every other man in the world, he experiences problems and challenges and issues, but an emotionally independent man will take care of the situation himself.

So, when you’re truly emotionally independent and you don’t need a woman’s support or attention, she wants to give that to you because she wants to feel needed and important in your life.

As a result of being like that you’re doing one of the things that turn on what I call The Good Girl Switch in a woman’s mind, where she naturally wants to be a good girl for you.

She treats you well.

She cares about you.

She is attentive and she loves you and wants the best for you.

Dstv Premiership: Royal AM Moved Above Kaizer Chiefs In The Log standing See.