By Secret-Agent (self media writer) | 1 month ago 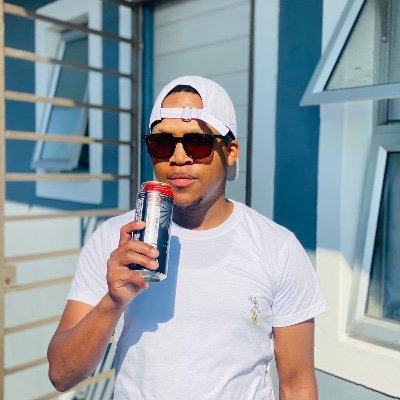 Found condoms in my girlfriend’s handbag and she said it’s for just in case. Uber drivers wara-wara. She posts other guys with caption “my soulmate this, LOML that”

I am "married" and still have condoms in my bag it's a safety thing and I have actually heard more than one person state that they were being raped and begged their attacker to use a condom and they complied. 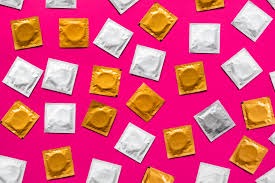 This is terrible to even think about. God forbid this happens to you but what happens in that case....you dont fight back? Once you say heres a condom I cant imagine you fight him off. 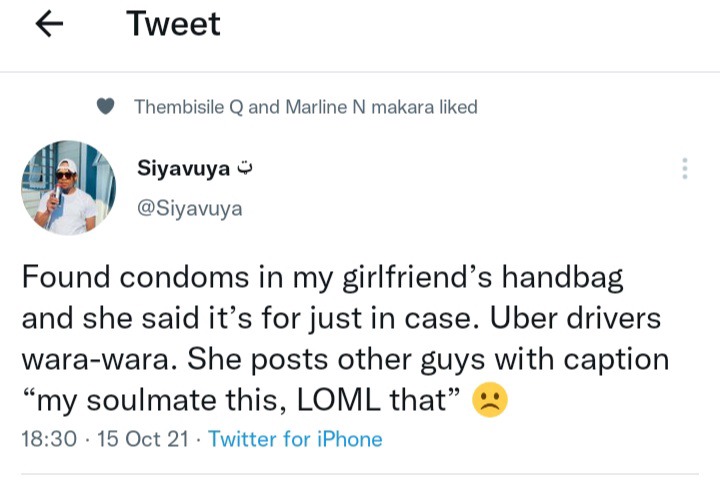 Listen if you are uncomfortable with me having condoms we can have that conversation but I was tought that it is part of my period bag from matric so it's not a new practice. It is only later that I learnt that some people have had such incidents.

That's why I said I'm on your side. It is just the thought of having my woman considering having sex with another man. It's all in the brain.

Mamy women in the world are experiencing gender based violence, it has become a norm that some men feel entittled to a womans body, rape is a serious case a d many women have been raped in their lives and when they speak out, not many believe them.

Should you find condoms inside your man or girlfriend's bag, yes you will ask questions and we also understand that she should have been open from the word go about them or her plans of travelling with them around in order to eliminate the fights and insecurities that may occur once found like now, we all have trust issues and cheating has been around in this world since forever.

Trust is very important in relationships, without it the relationship is as good as dead.

Content created and supplied by: Secret-Agent (via Opera News )

40 photos: classy and elegant hairstyles ideas for ladies to rock this Christmas season

Many are called but few are chosen for a certain authority