By Evans (self media writer) | 2 months ago

'You became a motivational speaker after a five-minute marriage.'"

K Naomi is clearly the happiest wife and mother in the world. And in an attempt to spread the joy, she offered some relationship advice that was met with a resounding "no thanks." 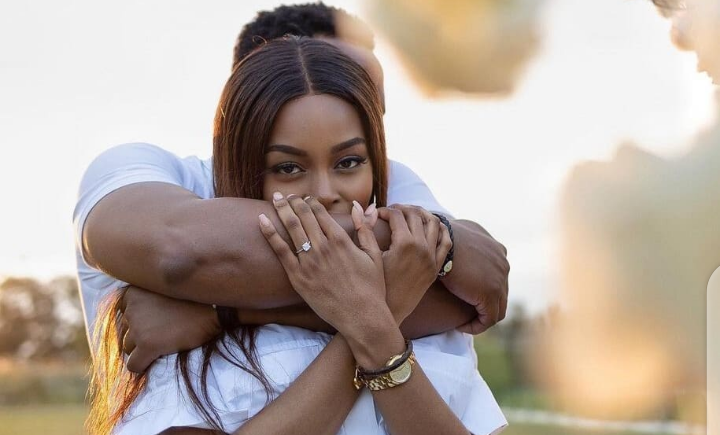 Two months ago, the media personality made her unborn child known to her fans. Following a well-deserved maternity leave, she recently announced her return to work.

However, Naomi decided to give her followers some advice, and those who wanted to take it would appreciate it. She asserted that relationships entail more than simply waking up next to the other person every morning; instead, people should engage in more stimulating activities to keep the romance alive. "Having your partner by your side every day isn't enough, in my opinion. Le dates, activities, etc. should be a regular occurrence for you and your partner. Things that will help you learn more about your partner and strengthen your relationship."

According to Naomi, today's generation is more concerned with material possessions than real love.

"When it comes to love, this generation is more of a "we keep it moving" type of generation. They don't give a damn about anything. In their minds, money and possessions are more important than anything else.. Trust, respect, and loyalty are among the most basic of human virtues "she went on to say. 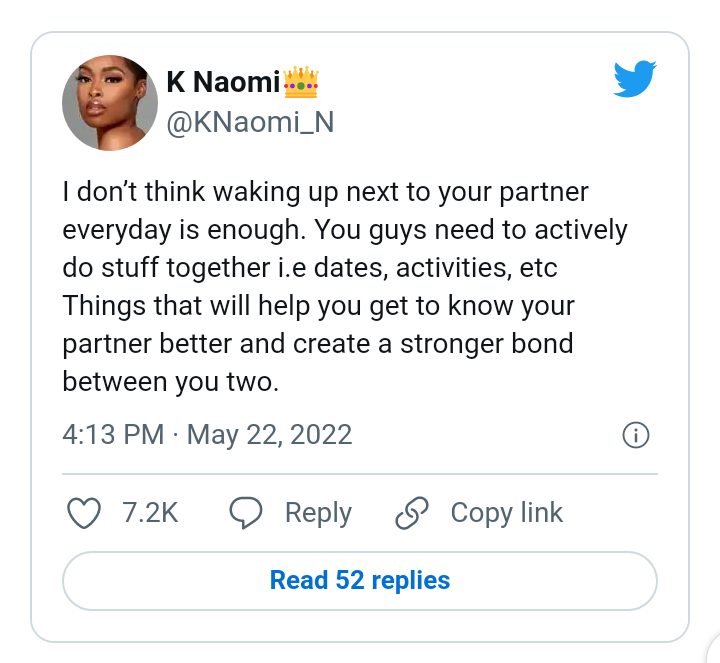 Tweeps dragged her for filth:

"You also married him because he has a lot of money. Sald a tweep and stop trying to improve your appearance and being a boring 2 month married motivational speaker.

"In which generation was there a sense of loyalty? That one child who doesn't look like the father, the abuse?! Which generation are we talking about?" Another person chimed in.

"Even after only 5 minutes of marriage, Naomi has already emerged as a role model for the next generation. In some ways, it feels like you're part of a more advanced generation.

But please, don't turn into a relationship activist now that you have found love at long last. It's enough to see how well you're being cared for to get you going. Everything else can stay exactly as it is."

Even if you realize your man doesn't have the kind of money you think he does, you're not going to stay with him. 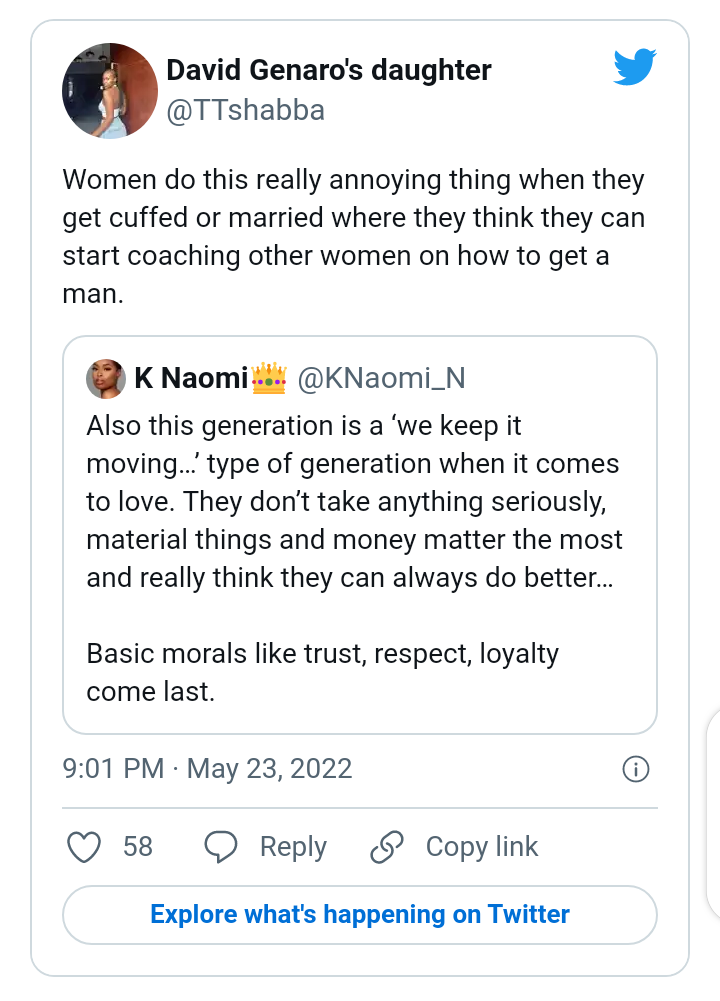 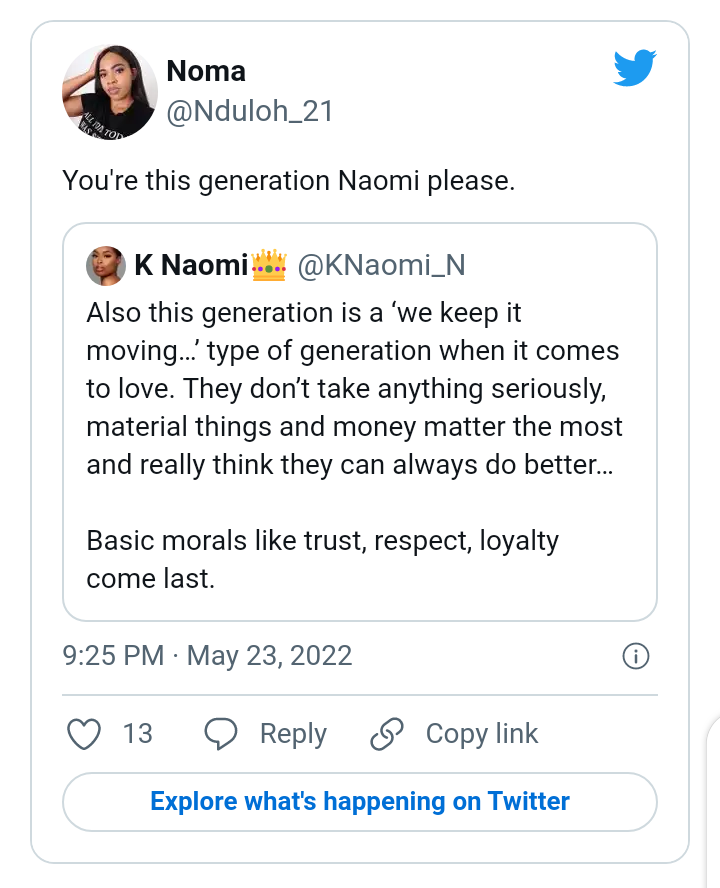 Tshepo Phakathi, Tshepo's babydaddy Tshepo Phakathi's babymama, has recently tied the knot with Naomi. It was a stunning sight to see their traditional wedding, which was attended by a slew of celebrities. 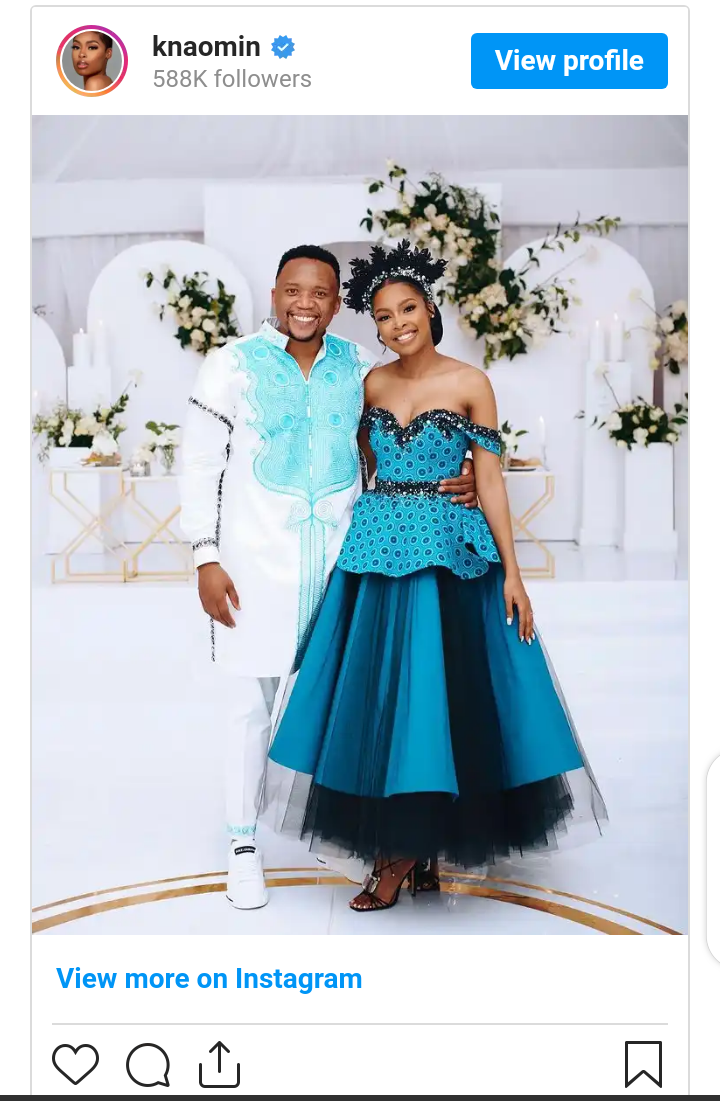 Johannesburg's Houghton Estate served as the setting for her wedding. Pearl Modiadie, Denise Zimba and Khaya Dlanga were among those who attended the event.

She said, when introducing her daughter to her fans, "I can't believe how much I adore you, Baby P, with all of my heart.

That's my goal: to do what's right in your eyes. I promise I'll never leave your side, that I'll hold your hand and love and support you no matter what happens in this thing called life.

"In the midst of an ever-changing world, I'm confident that you will grow up to be a beautiful Queen who is both kind and intelligent, thanks to the support of your family and friends. You have my utmost admiration and devotion. Thank you for being such an important part of my life. It's impossible to get over how adorable this bow is!