Uthando Nes’thembu: Musa Mseleku wants all men to be polygamists

Some men might like the idea, but are they ready to take on the heavy responsibility of having more than one wife? 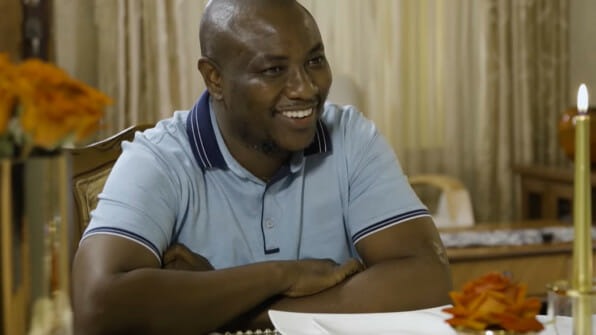 MaCele and her husband are cut from the same cloth. The pair is determined to share everything they know about their lifestyle. A few weeks ago, Musa Mseleku revealed that he’s writing a book about polygamy. This will be his way of teaching people about the ins and outs of being married to more than one wife. Now, his first wife is following in his footsteps as she also wants to change the nation’s view on polygamy.

MaCele, who’s never afraid to speak her mind, is planning a “Women in Polygamy” event aimed at showing people that while they may be living in polygamy, they can also have fun. She also hopes to encourage others to open up more. “I wish people in polygamy would be open and speak out and not hide behind masks. The truth is, this is polygamy,” she said.

But women must not be fooled by the glitz and glamour because the rules that applied in the olden days still apply today. MaCele warned: “When people enter into polygamy, they must come in knowing that they are here to build the family.”

According to her, it’s also very important to respect the first wife. She believes that when entering a polygamous marriage, one must evaluate the reasons for joining that particular family.

“They must do what they came for… When people enter into polygamous marriages, they want to change everything. They forget the reason why they entered into the marriage in the first place.”

We could be wrong, but it looks like MaCele is throwing some shade here.

As expected, her husband is very excited about his first wife’s polygamy crusade. This means that more people will be open to the idea of being married to more than one person, right? For Musa, writing a book is only the beginning.

He has a bigger vision in mind. “I pray that all South African men can enter into polygamy. This is the perfect time for polygamy,” he said. And he believes every man wants to be a polygamist because he made it fashionable. Enough with the gloating, Musa!

Do you think Musa will achieve his goal of turning every South African man into a polygamist? Watch the Mseleku family on Uthando Nes’thembu on Mzansi Magic (Channel 161) and express to DStv Online.