“He Left Me Because He Found Hair In The Food I Cooked For Him” - lady cried.

Before Asare became ill, I dated him for three years. We were discussing marriage before to his illness. I recall him discussing the knocking rite with my father and asking him how he should go about it.

My father explained the entire procedure to him, including what he should do on the day of the knocking. Because his own father died when he was a child, my father was like a father to him.

My father was the first person he went to when he had a problem and wanted guidance from a father. I admired their friendship and felt confident that the future will be bright. 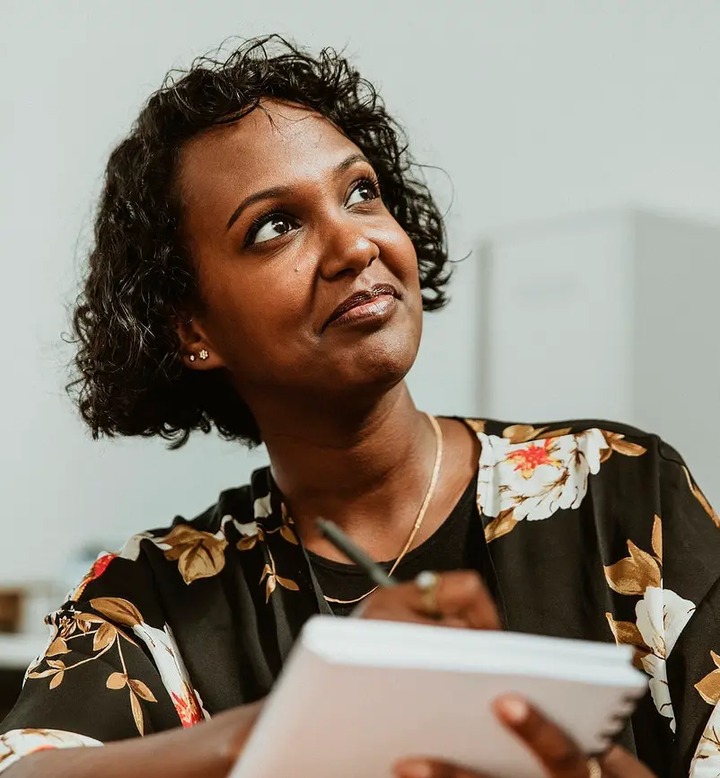 He began to experience dizziness a week after the knocking rite. The dizziness will be treated, and a strong stomach ache will develop out of nowhere. We were in and out of hospitals for a month, but he didn't seem to be getting better.

We turned to natural treatment, and he gradually improved. He was fine for a few weeks until the illness reappeared. We returned to the herbal center with him. He had been there for weeks, but his position was worse with each passing day. His mother called one day to say she knew a godly man who could help.

We kidnapped him from the herbal home and sent him to that pastor's church camp. Throughout it all, I was the one who looked after him.

I was cooking for him, bathing him, and occasionally cleaning him up. “Don't come around him when you're in your menses,” the pastor warned me when he was taken to the church camp. “Don't cook for him, and don't even approach him.” I did what I was told. I didn't go there every month when I was in my flow.

“No one brought me food since you weren't coming,” he said when I went there after my flow one day. They starved me, and no one seemed to mind how I bathed or cleaned.” When I brought up the subject with the pastor, he yelled at me, saying, "Who are you to question what we're doing here?" Do you have any idea what we've been up against in the spirit to keep him alive? Keep your distance from us.”

We had to wait three months for him to improve at the program. I was visiting him at the camp one morning when the pastor approached me in front of the camp. “No, you can't bring him food,” he said.

“Because I say so,” he answered when I questioned why. Why are you torturing him like this? Why are you attempting to put an end to his life? I was taken aback. I assumed the preacher was wrong. “What are you talking about?” I inquired. His girlfriend is me.

I've been taking care of him the entire time. How can I put a stop to the life I'm fighting for him to have? “Stay where you are before I command the holy spirit to deal with you,” the preacher cried as I tried to approach Asare. I fixed my gaze on Asare. He turned aside as soon as his eyes met mine.

I tried calling him to say something, but he remained silent. “We spotted the hair you hid in his food,” the pastor remarked. The hair that was intended to be the final straw in his life. It was revealed by God so that he could be freed from your enslavement.”

”Me? Hair? “Can you tell me what kind of hair that is?” Asare, according to later reports, pulled a piece of hair from the food I provided him while eating. He summoned the subordinate pastors and presented them the document, which they then forwarded to the senior pastor. That's when the problem started. As a result, the pastor refused to let me in that day. He shoved me out and told me not to come back.

It was something I informed my father about. When he confronted the pastor, he was told, "Your daughter is the cause of his misery." We don't need her here since he's growing better without her.” It evolved into a verbal shift. My father summoned Asare to speak up. He simply sat and observed. I went to his mother to express my dissatisfaction. She scowled as soon as she noticed my face. She was deafeningly deafeningly deafeningly deafeningly de “My son is OK without you,” she remarked. Simply keep away.” “Do you believe what the pastor says?” I inquired. Do you believe I can look after your son and still kill him?” “You fed him hair to eat,” she remarked. You wanted to finish him off with that hair, but God saved us. Keep your distance from us.”

It was as if I were in a dream. How could they possibly assume I'm attempting to murder my own boyfriend? Someone for whom I've been caring for for months. “I've been living with Asare for the past three years,” I told his mother. I was the one who had to pay the hospital fees when his illness began. What makes you think the preacher is telling you the truth? I'm not capable of doing anything, and you should be aware of this.” “Only you can answer that,” she responded.

I made every effort to contact Asare by phone. I dialed his number multiple times but he didn't answer. I sent him messages, but he never replied. He was cut off from the rest of the world. As I struggled to get entry, Asare did nothing to assist me. I went to his mother again two weeks later to express my concerns. That's when I knew Asare was with her at home. He appeared to be in good shape and cheery. He went into their room as soon as he saw me. I followed him to his destination. “Asare, what's going on?” I inquired. I need to hear from you as soon as possible. Do you think the pastor is telling the truth? Do you think I'm to blame for your predicament? I've been taking care of your bills. I've been stocking up on groceries for you. I was there to help you clean up. Do you think I'm plotting something against you after all of this?”

“I'm not the one saying it,” he explained. It's the pastor on the other end of the line. I'm not aware of what occurs in the spiritual dimension. I can't believe what he sees because he sees it.” “Do you believe what he said he saw?” I inquired. You don't believe he's human and capable of making mistakes? I'm not a bad guy. Since the beginning, I've adored you. That's why, on multiple occasions, I went out of my way to assist you when you needed assistance. “Believe me when I say I can't hurt you.” "It's not for me to say," he said. “So, what do you think?” I inquired. Is it true that it's over?” “It is God's desire that we go our own ways,” he said. You may not have done it, but the person who tried to kill me used you as a vessel. God is attempting to separate us so that he can utilize you again.”

I realized I wouldn't be able to persuade him. He'd already made up his mind. His mother was present, putting fuel on the flames. I said my goodbyes and walked away. My father was furious, but he added, "Don't force yourself into something that can't be." Also, try to move on.” I tried despite the pain. It took me a long time to move on, but I did. He married a lady he met in that pastor's church two years later. I learnt that he had been elevated to the position of elder in the church and that he was a highly active member. It hurt a little to see him marry someone else, but I assured myself, "This, too, shall pass."

He called me two months ago. He inquired how I was doing, and I replied that I was OK. “You came to mind, so I decided to check up,” he stated when I inquired why he called. “Thank you very much,” I said, “but it wasn't necessary.” If he didn't have something essential to say, I told him not to phone me again. He phoned me again in early September of this year. “I need a loan,” he explained. Everyone has answered no when I've asked them. Now you're the last one remaining. I'm going to die if you say no to me. During the lockdown, I lost my job, and I haven't worked since. I require assistance. Please assist.” “How about your wife?” I inquired. Is she unemployed?” “Hmmm,” he said. It's a lengthy tale.” “I'm sorry, but I can't help,” I said. I'm not in a position to provide any suggestions. He begged and begged, but I was unwilling to help in any way.

He keeps contacting my phone every now and then, pleading for help, but I'm afraid that assisting him will terminate his life rather than restore it, so I've decided not to help him. Is it possible that I'm being too harsh?