Bride and groom won't let the photographer take a break or eat, she deletes the photos and left.

By Phillipkitimi (self media writer) | 26 days ago

Even though she's a dog groomer, a Reddit user said she tried to assist a buddy out on her wedding day by snapping photos. 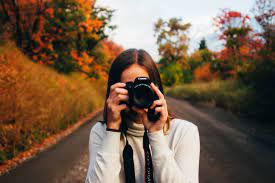 She professes to being a great photographer, even though she mainly takes shots of the dogs she grooms to post on social media.

When her friends on a tight budget requested her to photograph their wedding, she agreed to do it for $250 (about R3 600) for the 10-hour event.

When the day began, everything appeared to be in order.

"On the day of the wedding, I'm driving about with the bride, photographing her as she goes from appointment to appointment before the ceremony. I photograph the ceremony and the reception, as well as speeches and people mingling "According to the photographer, she started about 11:00 a.m. and planned to finish around 19:30 p.m.

"Around 5 p.m., dinner is brought, and I'm informed I can't eat because I'm the photographer; in fact, they didn't even reserve a place for me. I'm getting bored of doing this for little to nothing, and I'm beginning to regret it "According to the photographer.

She told the groom at this time that she needed to go for 20 minutes to grab something to eat and drink because there was no open bar, and she was out of water in her water bottle.

Things began to go wrong when the groom told her she had to either work as a photographer or depart without pay.

"Because of the heat, hunger, and general dissatisfaction with the situation, I asked if he was sure, and he answered yes, so I erased all the images I shot in front of him and left stating I wasn't his photographer anymore," recalls the photographer, who now wonders if she was too harsh.

"If I had been paid $250, I would have paid $250 simply for a drink of cool water and a place to sit for 5 minutes," the photographer claims.

The couple has been away from social media while on their honeymoon.

"A lot of individuals have been asking about images on their page and getting no responses," says the photographer.

Given that the photographer and the bridal couple were acquaintances, another Reddit user inquired about the initial agreement.

"I was only going as a guest, but I had reserved a table and placed an order for meals. They took it away because I wasn't a visitor anymore, but rather a hired hand "The photographer elaborated.

Another person expressed their displeasure with the photographer's treatment, adding, "I've never been married, but feeding the photographer, DJ, and wedding planner seems like a no-brainer. If they're going to be there for the entire day, they must be fed. Furthermore, it appears to be the courteous thing to do."