Relationships hardly work if there is a partner who is suffering from insecurities. We are all jealous of our partners, but at some point we have to draw a line and show that we do trust them. 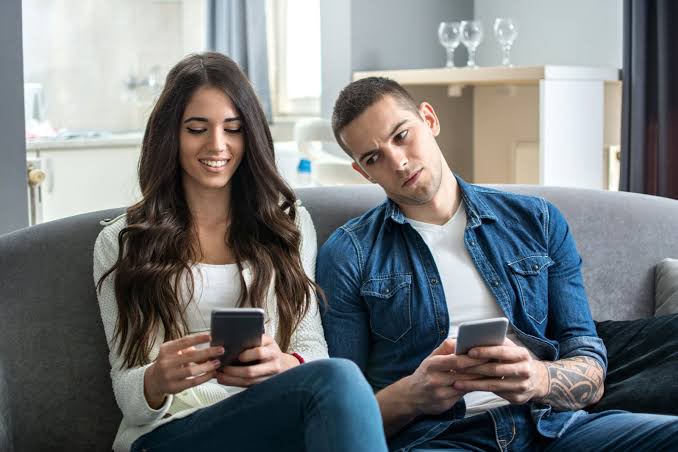 Insecurities ruin relationships because the partner who is on the receiving end cannot stand being accused of the things they have never done, and they cannot tolerate knowing that their partner is failing to trust them, no matter how hard they try to earn that trust. 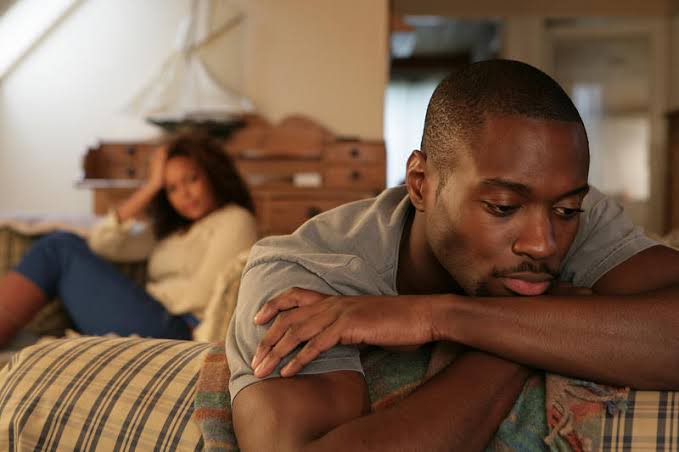 People can only tolerate such partners for a while. The problem is that the more you seem to tolerate them, the more they will take advantage of you. 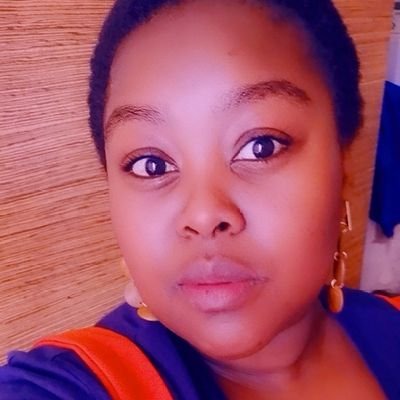 A lady called Gomo revealed through social media that she was once involved with a man who was insecure. Gomo says she did not have to tolerate him for a long time as she left the relationship earlier than expected. She believes that accepting a man's confrontations is even harder because you know that they are based on his need to be reassured due to his insecurities.

Gomo says there was a time when the man she used to date told her to cut ties with her male friends whom he studied with. Gomo told him that she could not end her friendship with them because they were the only people she could rely on to get a job. She also told him that those guys were the only people that could give her career advice, which is something that he also needed for himself.

She must have realised that her life was not going to get any further with him as a partner, so she decided to leave before he could get any worse. 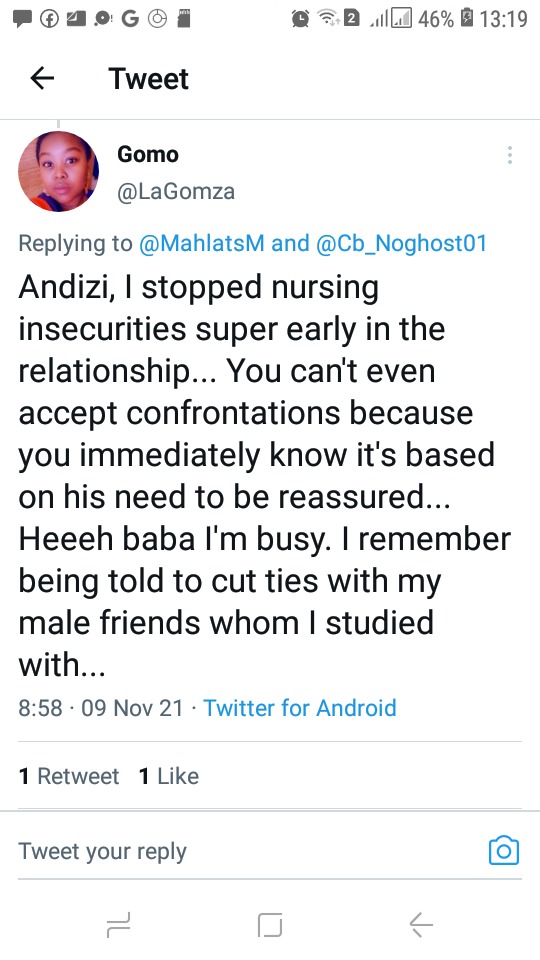 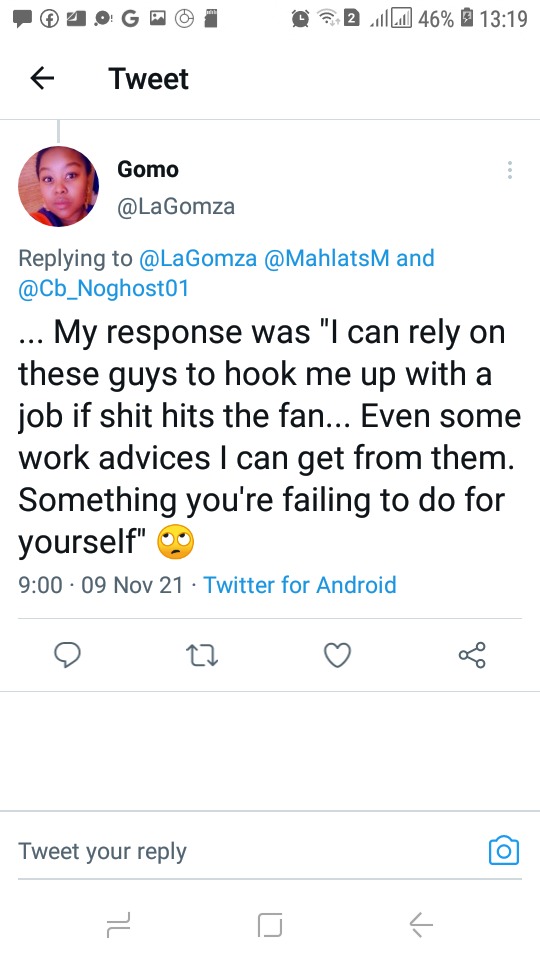 Look who was the alleged boyfriend of Rev Lucy Natasha before she met her Indian guy: Opinion