*A 29-year-old groom and his 28-year-old bride recently married in Lagos and said that they were 'untouched' during the ceremony.

*The couple, who married in a ceremony at Marcillina's Place in GRA Ikeja, has generated a social media controversy. While emphasizing that he was raised in a Christian home.

*The groom expressed his happiness and fulfillment in marrying according to God's instructions.

Many people were taken aback when it was revealed that a newly married couple in their late twenties married as vir*gins.

During their wedding ceremony in Marcillina's Place, GRA Ikeja, Lagos, the Officiating Minister and Presiding Bishop of Holy Spirit Mission, Charles Ighele, made public the chastity of the 29-year-old groom and his 28-year-old wife. 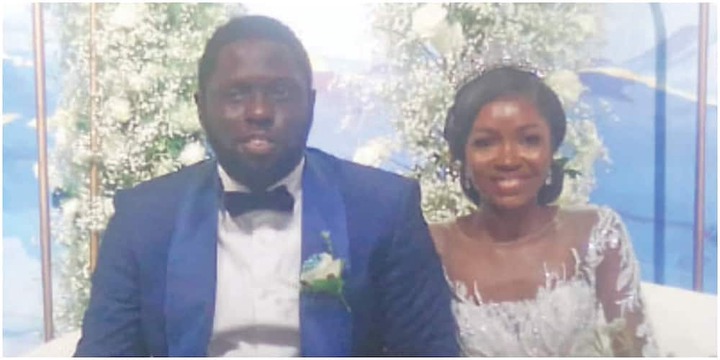 Pastor Oghale Ighele, the groom, told the Sunday Sun that he is pleased to be able to marry according to God's instructions.

Oghale went on to say that he was tempted from all sides but was able to resist them because of the counseling he received.

She stated that keeping her pledge (to be chaste) is one of the best things she could do.

“It was not easy for me. I was severally tempted by my lecturers while in the university. Friends also tried to lure me into fornication and men asked me out. In fact, I went through so many challenges. But what guided me was God and my principle.”

"That does not guarantee a successful marriage, we don’t even need to know about this." @ceoangelworks wrote: "Some things should be left private. This is one of them."

"Awesome testimony.. More of God's Grace to everyone honouring God with their bodies by Waiting still marriage...in a world that fornication has been a norm."We need more of this so men and ladies see that it's possible.. Yes by His Grace I married as a virg*in and my 5 sisters as well...I gave my life to Jesus at age 14 in 1988, and I kept myself till my wedding night."

"A lot of children are practicing abstinence. It is just NOT popular which baffles me because it is NOT an easy decision.. I wasn’t but I am raising mine to be."

HAVE A SAY LEAVE A COMMENT ON THE COMMENTS SECTION BELOW