Dating - 8 Signs Of A play boy

With the avenue of dating apps came the golden age of playboys. 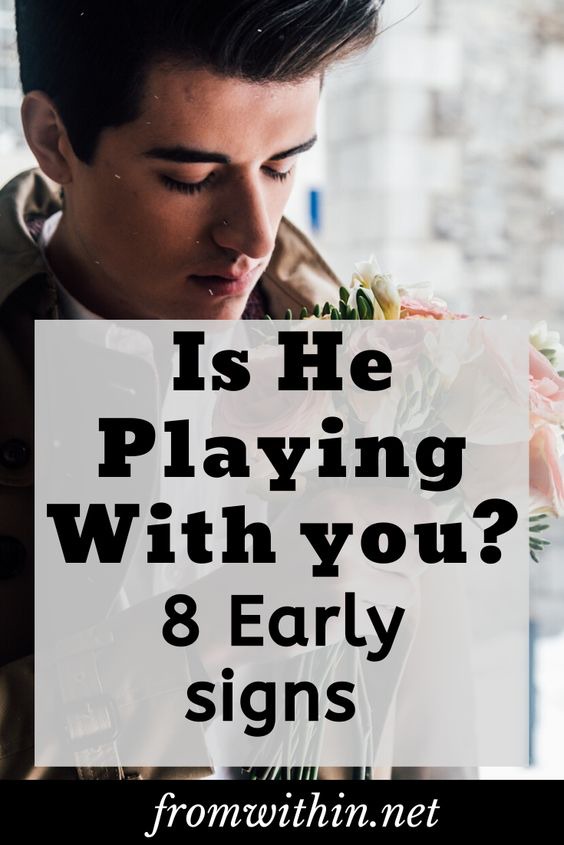 It has never been easier to meet as many people as you can via social media and dating apps.

This makes for a perfect playground of playboys ( players, douchebags, time-wasters, whatever you want to call them) disguising into normal people looking for LOVE.

Playboys have one goal ( and one goal ONLY) when it comes to relationships. They want to have sex with as many as they can, and they will do anything in the pursuit of their goal,

which includes camouflaging into your prince charming that you waited your entire life for to get in your pants.

We don’t want you to be added to the already long list of girls played and left heartbroken by a f***boy.

1. He sends you nudes and asks you for the same

That is probably one of the most obvious signs and the easiest sign to recognize a fuckboy and does not need further development.

2. He comes on too strong

A fuckboy comes on very strong because he is on a mission to sleep with you and next to you and he does not have forever to do that.

That’s why everything about him is so intense: He is too charming, extra put together, charismatic, flirty, too confident.

He basically presents himself as your dream guy so that you eat into his hand.

Then he covers you with compliments, says all the right things to you, tells you how lucky he feels meeting you, constantly texts you, and is very impatient to see you again.

Here is an example of phrases that I was told by playboys:

Most girls who dream of prince charming would be flattered by the playboy attitude and fall into the trap of “Oh my god he likes me soo much …he can’t wait to see me…he is so into me”,

and a lot of emotionally fragile girls will start developing feelings and trusting the fuckboy right away.

So you should never believe everything he says especially when what he says is like music to your ears.

If it sounds too good to be true, it probably is.

Oh boy, those are probably the trickiest to spot because they actually can amplify the image of perfect guy fantasy because they have a lot going on for themselves, so most “regular” girls fall hard for it.

They are rich, well-educated with a good job, handsome, well put together, living in nice areas, driving nice cars, having nice hobbies and the list goes on…

They know that their money ( and what they can do with it) will make most girls blind to everything else that is going on so they use it as their secret weapon to hook up with as many girls as they can.

They will work hard on impressing you only to sleep with you and move on to the next one.

Please don’t buy into the fantasy of some rich guy who has an interest in you because you are something special too quickly.

You are absolutely special but this guy might be there only to hit it quick.

3. He talks about big plans

All guys know that girls are not indifferent when the future is brought up, but fuckboys use that to lure us and manipulate us.

A playboy will use the power of the words like “we” and “our” and “us” to manipulate you into believing that you and he have a big future ahead so that you put all your guards down.

Talk is cheap and meaningless and does not have to be backed with concrete actions so why would fuckboy not use it to get to you.

That’s how a playboy thinks.

Note that he may not promise you the moon and won’t bluntly tell you that he will marry you if he is a little bit decent but reality is he does not need to go that far to get what he wants.

He only needs to insinuate that he is serious about you with big future plans because he has had a good success rate doing so far.

It is never a good sign when a guy is too impatient.

There is a good impatient attitude and a bad one.

If he is impatient because he really likes you he will show it to you in a gentle way, he won’t push you to do things and will move forward on your terms.

If he is impatient because he wants to get sex asap, he might mention sex as early as the first date and skip the whole dating thing to get to sex right away.

If you refuse because you feel it’s too early to get sexually intimate with him, he will try to make you feel bad about it because that’s all he wants.

5. He is too confident

A guy who really likes you will always be a little nervous when going on a date with you.

It is just natural.

If a guy has just way too much confidence, it indicates two things:

1. He does not fear losing you, he does not care that much about you.

2. He has a lot of practice behind him and he knows exactly what he is doing.

At this point, it became a numbers game to him.

For those who don’t know, a booty call is a sexual invite that usually happens over the phone through texting late in the night.

playboys are legendary booty callers and they usually have a list of potential victims that they go over one by one in their phones.

If you receive an invite to a guy’s place out of the blue late in the evening or after midnight, assume it’s a booty call and that he is a playboy.

7. He says he wants to slow things down after sleeping with you

The old me was very confused when a guy who seemed so excited at the start suddenly said he wanted to slow things down.

The new me knows that this is just a roundabout way of saying that he wants to move on to another girl now that he got what he was there for.

Guys are just like us, they don’t lose interest after having sex if they really like someone.

But when they don’t like us, they are just done with us and what they were here for in the first place.

So when this happens to you, all it means is he does not really like you.

…at least he is not ghosting you.

The worst thing you can do is to keep entertaining the relationship after he asked to slow it down and still sleeping with him, but that smells like friends with benefits.

8. He only wants to see you at his place after you had sex

The playboy was never interested in getting to know you or courting your property by taking you on dates and impressing you.

He did it at the start because it was the bare minimum for him to get to you without arousing suspicions.

Unfortunately, sex is all he wants from you and that is why he is asking you to come over to his

9. You feel it in your guts

Our guts are there to protect us if we care to listen.

A playboy will show you enough inconsistencies and mixed signals to alert your subconscious mind and trigger your gut feeling that something isn’t right.

All you need to do is to be in tune with your feelings and not dismiss them.

If you feel he is a playboy, he probably is.

SASSA R350 grant October payments will be made on this date