Mnakwethu: Dulas impregnates out of his polygamous marriage

Cracks are beginning to appear in the new series Mnakwethu: Happily Ever After, which revisits the polygamous proposals and marriages from the original series. 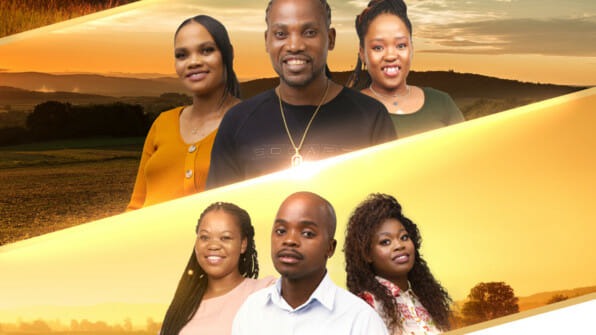 You may remember that Mnakwethu: The Reunion left a sour taste in people’s mouths in the year 2020. Homes were wrecked and first wives had to come to terms with their new reality of sharing a husband with another woman.

And now, with a new season of Mnakwethu: Happily Ever After airing, it’s clear as broad daylight that the aftermath of the various polygamous proposals has caused more turmoil than happiness in these relationships.

In Season 1, Qondanisa’s journey in becoming a polygamous husband started off on a very rocky note. And by the looks of things, he is still experiencing that rocky journey in the new season.

Qondanisa’s first wife (Sithokozile) has come to terms wotj his relationship with Samantha, but it is now Samantha’s family that is struggling to wrap their heads around their daughter’s polygamous arrangement.

Samantha reveals that before her mother’s death, she made it clear that she was not happy about her daughter’s relationship with Qondanisa.

“My mom told me from the beginning that she would never entertain the idea of me being in a polygamous marriage. She even said that even if I get married, I must forget about her attending the wedding. I don’t know if I must continue with something that I know very well my mother didn’t approve of,” says a teary Samantha.

It’s not only her late mother but her aunt who has voiced her disapproval of the relationship.

“Perhaps if you were to end your relationship with this maskandi boy, things might get better and my sister might also be able to rest in peace,” says the aunt.

If there’s one thing we’ve come to learn about the men of this show, it’s that they will do as they please, regardless of how it will affect their wives.

A prime example of such a man is Dulas. Dulas is married to Shiela Dlamini and recently asked for Zinhle Mlotshwa’s hand in marriage.

Although this polygamous marriage hurt Shiela deeply, she eventually agreed for her husband to marry again.

However, it’s clear that Dulas is still playing the field and is not ready to hang his player jersey up anytime soon.

To their shock, Shiela and Zinhle recently found out that Dulas has a child with an ex-girlfriend.

“I know this girl, they were dating when I first met him. He said they had broken up. But, when I saw her holding the child, it became obvious to me that they are still together,” says Shiela.

Shiela then advised Dulas to inform Zinhle about the child as she also deserves to know. As for her, she’s considering ending the marriage for her own sanity.

“There’s no way I can fix this. I think that I should just leave Dulas and the only contact we’ll have will be in regards to our children,” says Shiela.

Knowing how much Dulas loves to have his cake and eat it, we doubt he’ll let Shiela go that easilly.

Mnakwethu: Happpily Ever After airs every Wednesday on Mzansi Magic and express to Showmax and DStv online.