Everyone wishes to have a partner who will stand by them during difficult times. That gives them confidence that a person like that surely loves them and they will always be there even on their very worst days. 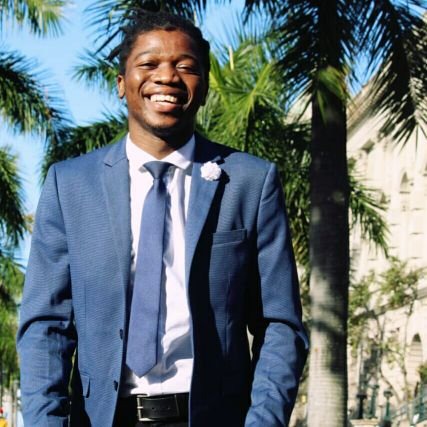 Men love it when women stick by them, even when they are without decent jobs. Now imagine what those women will feel when a man like that is able to provide for them. People have been making an example of Leonel Messi and his girlfriend, who have been together since adulthood, and they believe that she has seen the worst and best of Leonel, which is what every man wants for his partner.

However, today we were introduced to a different kind of man, a man who does not think like the rest of them. His name is Siphesande and he surprised people with a shocking confession. He is a man who is working to survive, according to his tweet, but what he said about his girlfriend did not sit well with some women.

Siphesande revealed that his girlfriend thinks he is going to marry her and live happily ever after, but she could not be more wrong. He says as soon as he gets a decent job, he is going to leave her and date someone he considers as his own type.

He went on and said women need to understand that they are not entitled to be with men just because they have been with them when they were broke. He says everyone has his own preference. 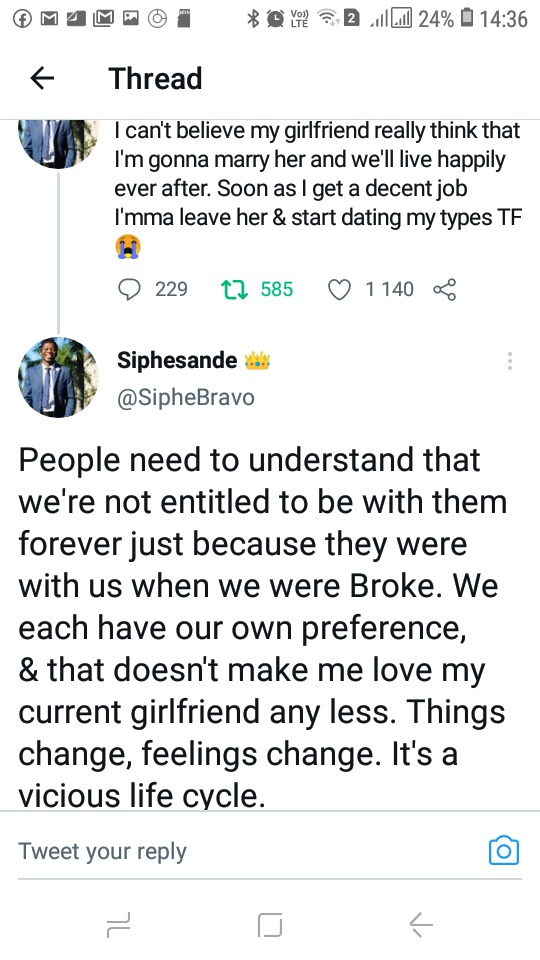 Some women under this tweet revealed that this is the reason why they avoid dating broke men. It makes them feel like those broke men are in a relationship just to prey on them until they are able to stand on their own and leave. 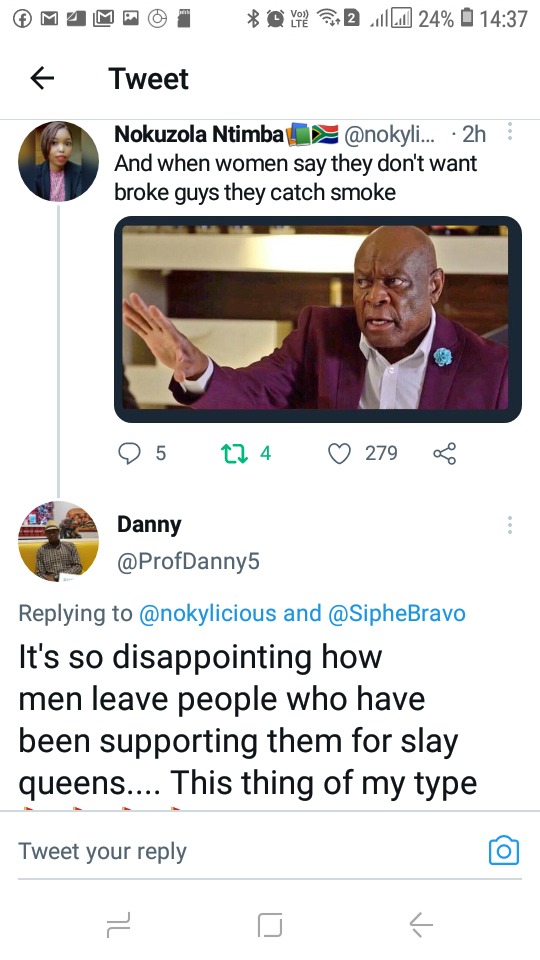 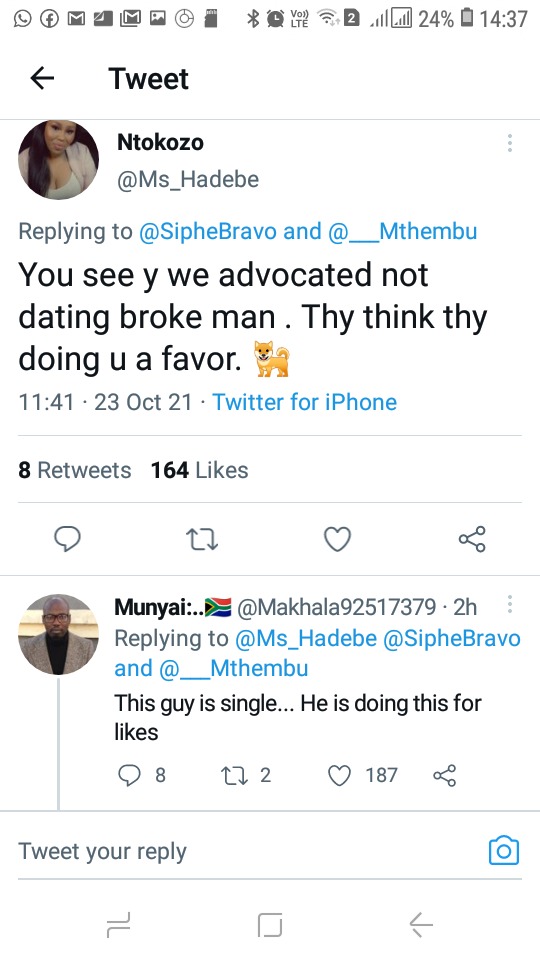 I think Philasande already knows that the woman that he is dating is not for his future. I do not think he is doing a good thing by keeping her in a relationship, because he is holding her back and wasting her time. The more he keeps her hoping, the more she will be hurt when she finds out.